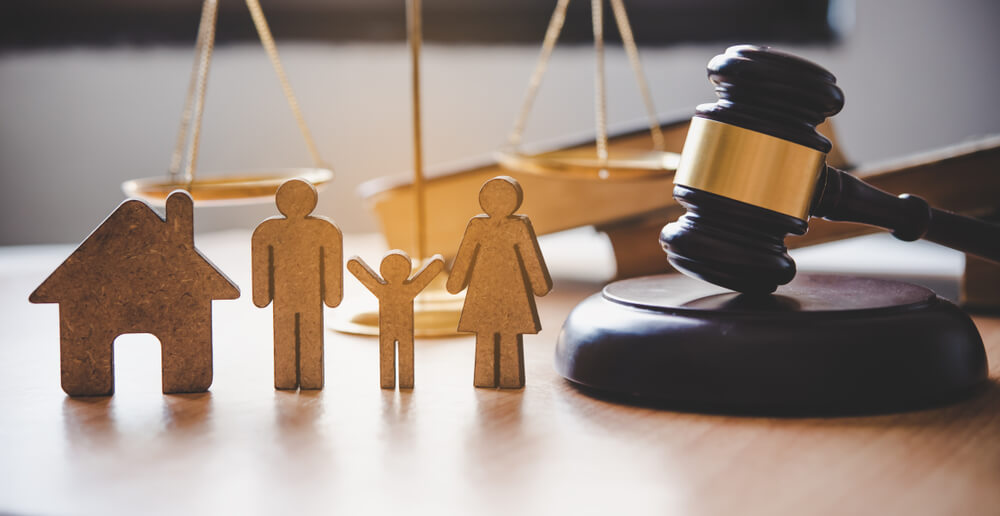 What is family law?

Family law is created to deal with issues such as divorce, custody of children, adoption, and others. Families can hire attorneys to represent them in court and handle other important legal matters that require expert attention, such as looking over legal documents and other family matters related to the case. Depending on which state you reside in, they can assess the legal requirements for marriage, adoption, as well as other types of legal domestic matters. For example, before the court legalized same-sex marriage, only opposite-sex marriages and divorces were recognized in most states. The attorney you hire for your case may or may not be specialized in the specific category of law, that is adoption, emancipation, and others.

There are different types of family law cases, and we have categorized them below.

If a couple wants to seek separation after a union, they can take a case to the family court and ask to do so. The different ways to and marriage are divorced annulment and separation and these can be sought from a family law court. There are certain requirements that couples must fulfill in order to seek separation depending on their state such as, marriage for less than 5 years, not owning any property, and not exceeding a certain amount of debt. Based on the rulings of divorce and annulment the court may grant the couple orders concerning child custody property etc.

If a couple is separated and wishes to claim legal child custody, they can take the matter to court and the judge will decide on who to grant the custody of the child based on various factors, depending on your state. For instance, in the state of Texas, the court may assume that both parents are guardians of the children, and looking at this picture it might grant them joint custody. This means that the couple has to divide the rights and responsibilities of each other in order to provide for the child. But in many cases, the court may consider granting custody to only one party, in which case both the parties’ history will be evaluated in terms of decision making, health, education, and relationship with the child in the past. Based on the results of this evaluation, only one of the parties may gain complete custody.

Courts can usually assign a guardian for a child who needs protection. a guardian maybe someone who is responsible for the financial, medical, and personal decisions of a child or possibly an adult, who is not able to take care of themselves. he or she may also be given selected responsibilities over the individual, in which case they will be given the designation of a special guardian.

in the US, guardians of children under 18 (underage), are appointed guardians ad litem (GALs) who are responsible to consider the child’s interests and may even represent the child in court. GALs are also expected to aid a child when they are freed from a malevolent atmosphere and are sent to state-owned care homes.

In order for a child to be legally free to be adopted, the parental rights of the birth parents must be eliminated. Court judgments can help in this matter. Parental rights can be terminated in both voluntary and involuntary ways. According to the regulations in the state of California, the court can terminate parental rights depending on any pieces of evidence collected against the following:

If any of these categories are fulfilled the court has a full right to terminate the parental rights and can face the child for adoption.

There are certain conditions that must be met in order to adopt a child in the U.S as stated by the government. there are many different kinds of adoptions that can be opted for:

According to the government, the parents looking to adopt must fulfill the criteria:

Failure to clear any of these criteria and checks may result in the cancellation of adoption.

Most people usually want to change their names during marriage or adoption. The ease of the process of name changing depends upon the state in which the principal lives, but, in most cases, changing a legal name can be done through a court order and is a right of every US citizen. A person can file an application in the family court and can renew his or her name, giving a suitable explanation to the court. If the judge finds any suspicious activity behind the reason for changing the name, then the plea may be rejected and legal action can be taken as well. As mentioned before, each state has a different procedure and the ease of name changing depends greatly on the laws and regulations of that particular state.

Along with overseeing family law issues, the family court also supervises minors who are accused of being a part of any illegal activity and abusing the law. As stated by law, a child under 14 cannot be held accountable legally under juvenile cases and has to be handled by their parents or guardians. if a judge concludes that an unacceptable activity has been performed by a minor, then he or she may be needed to complete a specific period of time as probation and a foster care home confinement in their own home community service, etc. The judge may also terminate his or her licenses, and they may be made to spend time in educational centers to evolve their mindset and prevent such crimes from happening in the future. In very severe cases, however, a judge can send a minor to state prison, but this case is quite rare.

In 2018, a total of 728,280 arrests were made by law enforcement agencies in the U.S., showing that minors committing both small (such as theft), and major crimes (such as murder) have significantly increased as compared to recent years. This also shows how the minors should be handled appropriately by the family court and should be overseen properly.

If your case is similar to the ones mentioned above, then it is of utmost importance that you hire an attorney and seek expert help to fight your case. Attorneys are experienced in family law issues and can help you win your case in a family law court. They can provide you with essential information and will only work in your best interest. Family law cases can get complicated, which is why it is important to refer to a lawyer as soon as possible, so the chances of getting your desired verdict in court increase.