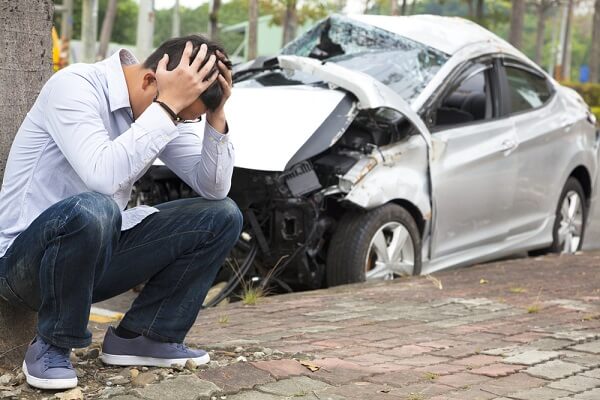 In an unfortunate situation, if you are being sued for a vehicle accident, what to do if someone sues you for a car accident? can you do anything to defend yourself? The answer is yes. You can take various measures to fend for yourself if the case is taken to court. What does this mean? Car accident cases can be settled in two ways, a judgment in court and a settlement. This means that one type of case is resolved outside the court and the other inside the court. To be aware of both possible circumstances, it is important to get a deeper insight into these scenarios while knowing the common reasons why car owners are sued alongside.

Having no insurance at all

This is one of the most common situations. If you don’t have any insurance at the time of the crash, then the driver will sue you because he has no other option to compensate for his damage.

Not having enough insurance can also land you in a rough spot if you get caught up in an accident. In many states, $25,000 is for damaged property, and $50,000 is for injuries. If the crash victim undergoes treatment worth more than $50,000, he may sue the driver to get the rest of the amount needed to cover his costs.

Suing took too much time

Drivers will only go through a lawsuit if the insurance claims process does not yield any results. They intend to pressurize the insurance company to comply faster. Each state has a different statute of limitations, so the time between delaying a claim and filing a lawsuit will differ.

After the car crash, the victim’s lawyer will contact your insurance company and present all the evidence collected to them. This can be in the form of witnesses, footage, or police reports. He will try to prove in any way that it was your fault the accident took place, which got his client wounded.

Following this, the victim’s and your insurance company’s negotiations will occur. If the company feels that the evidence presented is valid, they will try their best to get the case settled as soon as possible. The insurance company knows that if the case happens to go to trial, the judge will award a large compensation to the crash victim.

Alternatively, if the insurance company is unsure about the reliability of the evidence, they will try to put forth a smaller amount, and this will continue to be discussed until both the entities are content with the value. In case the value is not settled, the case will go to trial. When this happens, things become a little complicated; both parties will share their justifications, and the judge is left to decide what the amount will be and who it will go to. Once the decision has been made, there will be no negotiation, and both parties have to accept it. Hence, a settlement is considered to be a better option.

Both insurance companies and lawyers want to avoid the trial

Trials can be capricious, which is why both parties will try to evade it. The company’s main motive is to agree to close the claim, and the victim’s attorney wants to reduce the risk of facing unanticipated circumstances; hence, both will attempt to resolve the matter without a trial. This is projected to be a reasonable approach for both parties because there is always an assurance that the deal will be fulfilled with a settlement.

The victim might be eager to receive a prompt settlement to make up for dues costs as medical expenses, salary cuts, etc. Companies usually end up paying this amount relatively quickly once the settlement has been finalized. If you were to receive a judgment from the court, this process would have taken an indefinite period of time.

Determining if you are at-fault

In most cases, it is quite straightforward to figure out who’s at fault in the accident, but it is not that simple in many cases. At times it gets complicated; different people may have different opinions about who should be blamed, causing a lot of commotion. Law enforcement may have to compose a police report regarding the car crash, usually soon after the scene. This report comprises exactly what happened at the scene, who is at fault (based on evidence), and the damages caused.

While determining fault, insurers will consider factors such as witness testimony, medical reports examination, and overall property damage, along with verifying the insurance policy details with the other driver’s insurance carrier and police report.

The court can conclude the at-fault driver after evaluating the case, sometimes even disregarding any previous judgments. One useful tip here is never to admit fault. If you do so, you will diminish your chances of any compensation and be responsible for paying more than what the other driver should receive.

Exploring more to know what to do if someone sues you for a car accident.

A lawyer can help break legal information for you and provide the best guidelines for what to do next. He/she will be familiar with the regulations in your state, which will save you a lot of time and hassle in the future. In most cases, your insurance company will provide you with a car accident lawyer, but this is not the case everywhere.

Make sure your insurance provider is on board.

Always inform your provider about any accident that you face. You are liable to do that based on insurance companies’ policy, so if you don’t inform them, it can be taken as an excuse not to represent you.

When your insurance company may not provide a lawyer?

In some cases, a lawyer is not presented to you by the company, and there may be various reasons for that:

If the company finds out that the incident was deliberate (due to whatever reason), they will automatically cancel the contract between you and them. This is because they agree to protect neglectful actions, not deliberate ones, so if they can decipher the cause behind the action, they will not represent you or offer any coverage.

Not notifying the carrier about the incident

Insurance policies often state the window of time during which an accident can be reported to the company, after which they can refuse to represent you. The time period is often between 6-10 days, but every provider has different policies. Thus, it is important to be well aware of these policies beforehand; otherwise, you could be left to cover the cost of the incident yourself, which will be very expensive. However, if you are hospitalized and unable to inform the carrier due to fatal injuries, they may pardon you.

The last scenario is when the damage caused is more than what the company agrees to pay, based on their policy. If the company’s limit is $45,000 but the damage caused was higher, say $50,000, then the remaining amount would have to be covered by you. In addition to that, if any external damage is caused to someone else, be it property or anything else, that will all have to be covered by you.

How to prepare for trial

If even after you and your lawyer’s effort, a settlement could not be decided, then the case will proceed to trial. When this happens, it is important to be adequately prepared. Your lawyer will rehearse everything with you and advise you throughout. A few important things to remember regarding the trial are:

Knowing that you are about to get sued is an incredibly stressful feeling. It can be hard to cope with many people because dealing with legal matters, especially if you are not well-informed about them, is not easy. It is advised to hire a lawyer as soon as you find yourself in such a situation, he’ll guide you and tell you what to do if someone sues you for a car accident, as lawyers can take care of all the arduous work for you. Taking note of essential deadlines and preparing yourself thoroughly for the trial is very important to increase a favorable outcome.