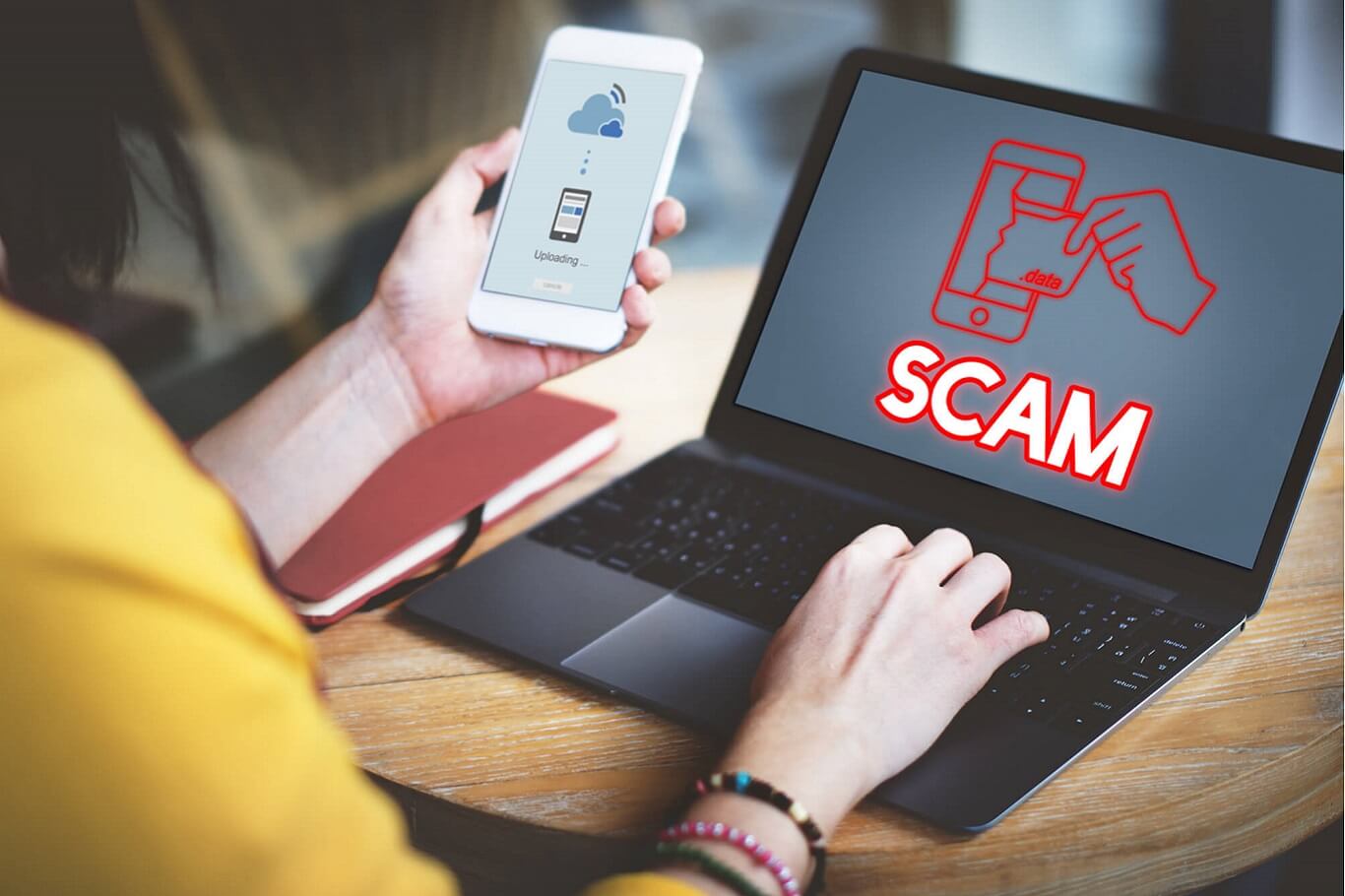 Wire fraud is a federal offence that encompasses any plan using electronic communication to deceive another person or entity.

It may take on a variety of forms, including telemarketing fraud, online scams, phishing, and fake television or radio schemes. Additionally, by tying additional underlying offences to wire fraud, federal officials are often able to prosecute them.

While wire fraud is sometimes referred to as “white-collar crime,” it is also a severe federal offence that carries the prospect of stiff punishment.

Only an experienced and skilled criminal defence attorney can give you the kind of professional counsel necessary to get the best possible result in your case. If you have been charged with wire fraud or a comparable violation, it’s a good idea to approach an attorney immediately to begin reviewing your legal options.

What is wire fraud?

Wire fraud is deceit performed by the use of pictures, sounds, words, signs, or signals that are sent over a wire, such as television, radio, telephone, the internet, or fax machines.

Previously, scammers had to depend on the phone and make numerous calls in order to seduce an unsuspecting, naive retiree or lonely heart. While the traditional phone call is still used to contact prey, with the incredible power of the internet to locate potential victims, the crime can be accomplished online with a few fabricated photos, a story of woe, a promise of everlasting love or untold riches—all of which can be written with poor grammar and spelling. So, if you get similar communications or requests to transfer $10,000 to an unknown sender, delete them immediately. Ensure that you do not fall prey to wire fraud.

The Nigerian prince scam is a well-known example of wire fraud. A Nigerian prince who’s out of luck, generally banished, and unable to access the riches in his Nigerian bank account writes an email pretending to be him. This individual claims to be in desperate need of the target’s help in holding onto his millions in exchange for a sizable payment. Targeting your financial information can help you protect yourself from being scammed since the scammer will utilise this data for his own financial gain.

The elements of wire fraud

To be found guilty of wire fraud, the prosecution must establish certain wire fraud elements present in the offence. Regardless of the differences in the specific aspects, they tend to be relatively similar and may be characterized as follows:

Each of these factors and the function they play in showing that a defendant has committed wire fraud are described in further detail below.

The prosecution must show that you were a part of a plot to deceive another person or party in order to convict you of wire fraud. To put it another way, you intended to defraud someone by making a false statement, promising something, or otherwise misrepresenting yourself.

While deceit and dishonest tactics are critical in a wire fraud plan, you do not have to tell a complete lie in order to be found guilty of the crime. Deception may also be defined as failing to reveal certain information in a manner that is misleading to the public.

However, if the communication was a foreseeable part of the business being done, you may be liable for wire fraud if you caused the wire transfer that was employed in the fraudulent plan.

Because of the need for “specific intent to conduct fraud,” it is impossible to commit wire fraud by mistake. However, even if “particular purpose” is not present, a person might be found guilty of wire fraud due to “reckless indifference.”

Even if you didn’t intentionally lie, you may be charged with wire fraud if you told prospective investors in an email that your product was “50 percent more successful than the rival” in order to win their financial support without providing any proof to back up your claim.

If you’re familiar with mail fraud, you know that it uses an interstate communications device to send information. Almost everything that can send and receive messages across state boundaries qualifies as a means of communication across state lines. You may also be charged with wire fraud if you encourage another person to commit fraud by sending money by wire transfer.

Fraudulent activities including tax fraud, insurance fraud, and bank fraud are often carried out by wire. For example, fake bank statements, guarantees, or representations made to consumers or investors like those in a purported Ponzi scheme might be sent in these circumstances.

Wire communication doesn’t have to be critical to the fraud plan; it just has to be used to progress the fraud scheme, which is a key point to remember. Using a wire, on the other hand, is organizing a fraudulent operation over the phone.

Many crimes involving wire fraud involve defrauding companies like banks or insurance companies, or other institutions like the IRS, it is perhaps common for those who commit wire fraud to seek an individual’s money or personal financial information to commit the offences themselves.. Many of these scams make use of a victim’s credit cards or bank accounts without their knowledge. Fraudulently obtaining a person’s money or financial information by wire includes the following methods:

The Nigerian prince scam is a well-known example in which the attacker sends an email presenting themselves as one Nigerian prince who has been victimized by horrible circumstances and is now unable to access the wealth in his Nigerian bank account.

As a result, the email’s sender asks for the recipient’s bank account details so he may make a deposit. If the victim agrees, the perpetrator will get access to their funds by using the victim’s account details.

The normal individual may be able to recognize certain fraud schemes and frauds because they appear evident. Individuals should be cautious when providing personal information by email, television, phone, or text message, and should contact the Federal Trade Commission if they become a victim of wire fraud.

Due to the fact that communications in fraud schemes commonly include telephone, email, and postal mail, postal fraud is sometimes charged with wire fraud in the same instance.

The federal government considers mail fraud and wire fraud to be the same thing. Penalties include up to twenty years in federal prison and a $20,000 fine for mail fraud. If the fraud includes a presidentially proclaimed crisis or emergency, or a government financial institution, the penalty may be doubled to thirty (30) years in jail.

Outcomes of fraud can be horrific for the victims therefore it is imperative to know how to avoid wire fraud.

There are many different types of fraudulent activity that involve investment securities, and the phrase “security fraud” encompasses them all. In some circumstances, such as the usage of wire communication in an investment securities scam, this crime may be prosecuted alongside wire fraud.

If you’re found guilty of securities fraud on the federal or state level, you’ll face stiff fines. For federal securities fraud, the maximum penalty is up to ten million dollars in fines and five years in jail, with a longer-term of imprisonment of up to twenty years.

When fraud is committed over email or the internet, it’s often known as “cybercrime.” Hacking and phishing are two prevalent forms of cybercrime used to gain computer data or financial information without the owner’s permission. Email fraud, such as scams of work-at-home or other well-known schemes, is often prosecuted as wire fraud when it involves the use of email. It’s possible to pursue cybercrime under federal or state law for crimes like identity theft that aren’t covered by existing federal or state laws.

Every time wire transmission is used for fraudulent purposes, an act of wire fraud is committed. The sending of five false emails, for instance, constitutes five different wire fraud offences.

Wire fraud is a federal felony, even though several state fraud-related offences may be prosecuted along with it. Penalties for wire fraud include the following:

If a presidentially proclaimed catastrophe or a federal financial institution is involved in the wire fraud scheme, the penalties might be enhanced to:

If you’ve been accused of wire fraud, your lawyer may opt to employ one of many legal defences throughout your trial and/or appeals process. While the techniques used by your counsel to fight against allegations of wire fraud may vary depending on the specifics of your case, the following are some of the more prevalent ones.

To be found guilty of wire fraud, the government must be able to show your intent to defraud. It’s tough to establish someone’s intent when you don’t know what they’re thinking. You cannot be convicted if the evidence proving your purpose is inadequate.

The transmission of erroneous or misleading claims is often at the heart of a wire fraud prosecution. If, on the other hand, you transmitted false information because you honestly thought it to be accurate, you will not be held accountable for knowingly and purposely sending false information in an effort to defraud someone. Consider this scenario: You send a weight-loss supplement email to potential investors with the claim that it is 90 percent effective, believing this because of the information you have been given. When the supplement actually has a 30 percent effectiveness rate, you have not communicated false information; rather you have mistaken facts.

Exaggeration or opinionated claims made by salesmen for a sale are known as “puffery. Statements like “our weight loss medication is the greatest on the market!” are examples of puffery. While making such an assertion over the phone, email, or television may seem like wire fraud, customers are more likely to recognize that the salesperson’s comment is opinionated puffery and aren’t depending on it to make an educated purchasing decision.