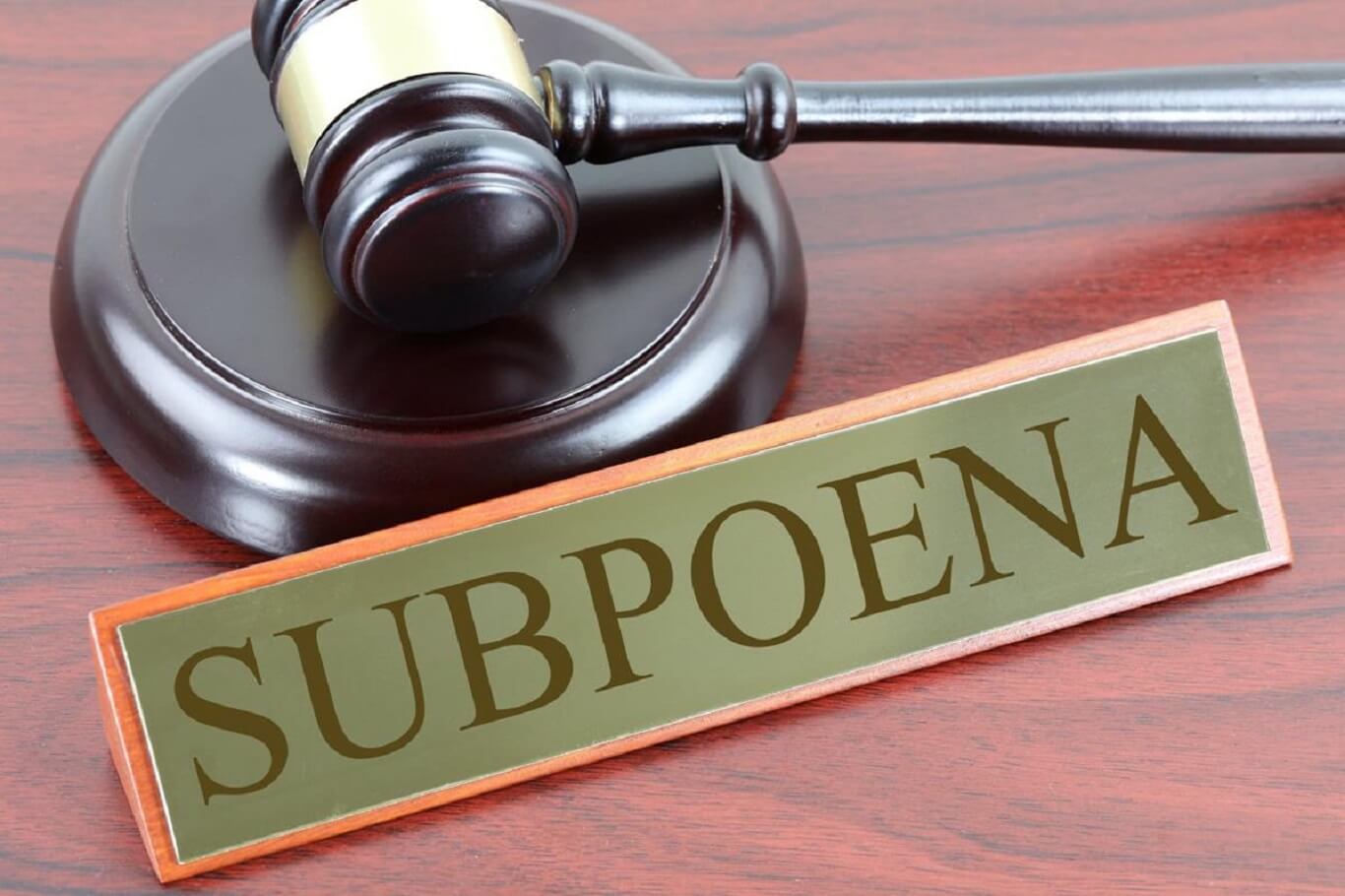 If you pay close attention to the news, you might have heard and known about the subpoena.

When Former Vice President Joe Biden was caught saying that he might ignore subpoena if called to testify the contempt of Congress For Impeachment dealings. This may make you think if you can ignore a subpoena too? And if yes, then what happens if you ignore a subpoena?

It’s fairly normal to have a lot of questions when you receive a subpoena. It also comes as a surprise and may make you upset and nervous, initiating a lot of uncertainties. After all, it is frightening to receive a court official document with your name on it.

First and foremost, understand what a subpoena is and what are your liabilities against it.

What is a Subpoena?

A subpoena is an official court order that requires a person to appear in court to answer the asked questions or to produce a document for the same. A subpoena is also known as ‘subpoena duces tecum’.

Sometimes it may require a person to appear and produce a document both at the same time. The important thing that you need to keep in mind is that a subpoena is a court order that you shouldn’t ignore. Depending on the type of the accusations or case, you could receive serious penalties if you ignore a court order. In most cases, where you couldn’t comprehend your legal obligations toward the conduct mentioned in the subpoena, it is the best option to contact a lawyer and ensure that everything you do is permitted under the law.

Subpoenas are issued for both federal and civil cases. Refusing or ignoring to adhere to the requirements can eventually lead to severe consequences. To avoid the possibility of being entitled to criminal negligence against a court order, it is not suggested to ignore a subpoena in any case.

If you think the commandments that the subpoena wants you to do are objectionable, still it is not a good idea to ignore it. You should consult a criminal defense attorney and ask for the steps to protect your rights by complying with the criminal law.

Possible consequences of ignoring a subpoena?

Regardless of the reason why you have received a subpoena, if it requires you to appear at the court as a witness or submit a document with the answers it is not a good idea to ignore it after all. If you have done it intentionally, then the court is allowed to hold you under contempt of court, impose convictions, and penalties accordingly.

The court has all the authority to penalize a refuser of the subpoena with a $100 fine if he/she is called for a misdemeanor case. In many states, the fines can reach up to $500 if the person refuses to act accordingly especially for felony cases.

Most state courts can use their authority to arrest the refuser for not adhering to the subpoena. After arrest, the court can hold a person for contempt of court in a federal case.

The refuser can also be sent behind the bars for six months along with the additional fines and penalties. If the person was called for a felony criminal case, the convictions can be tough with severe jail time.

What legal options are there if you still want to ignore the subpoena?

You can comprehend the consequences you can face if you ignore complying with the subpoena. Individuals have spent harsh penalties and severe jail time for subpoena ignorance.

So, what legal options you can opt for if you think that you should not or cannot comply with the requirements stated in the subpoena in federal or state court. Instead of ignoring it, you need to first consult with your local criminal defense lawyer and ask for the next course of action.

Your attorney will analyze your case and file a motion to quash the issued subpoena, which means to request the court to discard the subpoena against your name.

What is the difference between a summon and a subpoena?

To some extent, a summon and a subpoena are quite similar to each other. Because they both inform you about the court proceedings which require your physical appearance. They differ on factors like:

Summon is a court official document that informs you about a lawsuit. If you are getting a summon that means you are being sued by a plaintiff. In other cases, the court summons someone to call as a defendant to the lawsuit to appear on the said date and fight the issue. When you serve a summons to the defendant, that means you are officially telling them that you’re suing them.

For this, you must follow the guidelines to file your case with a summon. Either summon or subpoena, you need to adhere to the legal requirements while sending them to the witnesses or offenders.

How to send a subpoena?

Sometimes the witnesses intentionally don’t want to be involved in a particular case despite knowing the facts. A subpoena is sent to the witness(es) to appear to the court asking for the required information.

Subpoena can also be used during the hearings before trials (discovery period). It will allow the parties to gather evidence and additional information before trial. A subpoena form can be taken from your local clerk’s office. Just fill in the form with the name of the witness, address, and information of the courtroom to appear.

You are also required to provide the fees and the cost of travel when you subpoena a witness.