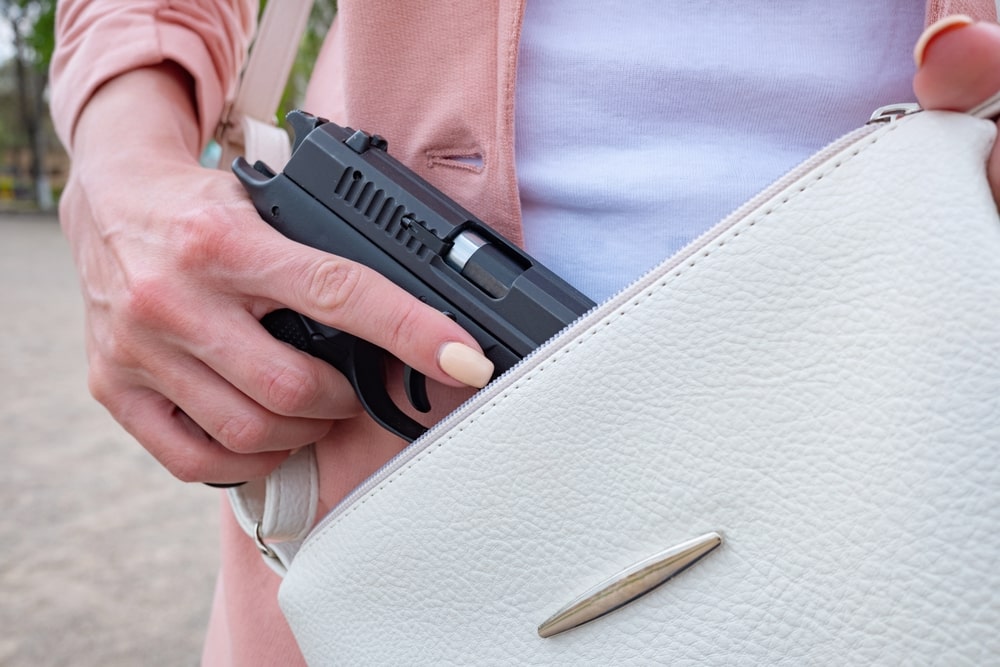 The act of brandishing a weapon is a violation of California Penal Code Section 417. This signifies that it is illegal and prohibited to draw or exhibit a deadly weapon while there are individuals nearby in threatening, rude, or angry manners. The statute also makes it unlawful to bring any deadly weapon or any other object that could kill or harm dangerously in the public which does not entail self-defense or protection of another individual.

In addition to that, if a person takes out a deadly weapon, just to threaten other individuals during a fight or quarrel, will also come under the statutes of brandishing a weapon. If someone got hurt, other charges would also be imposed.

So what do you mean by a deadly weapon? A deadly weapon includes anything that constitutes an inherently dangerous manner that is capable of triggering or causing bodily injuries or death of an individual.

Some of the Penal Code 417 clauses impose misdemeanor offense charges for brandishing a weapon. However, others are referred to as felony crimes or even ‘wobbler’.

The Wobbler term is used for convictions where a prosecutor uses his discretion to consider an offense as a misdemeanor or felony. The decision of either felony or misdemeanor will be based on the specific circumstances and the previous criminal history of the person involved.

Pursuant to Penal Code 417, a misdemeanor would carry a convict for 30 days in prison while a felony charge carries a conviction of three years behind the bars in the state county jail.

From the above precise discussion, you may figure out that a conviction can be harsh as a result of brandishing a weapon that can ultimately impact your personal and professional aspects of life. Hence, in cases where you are convicted of violating PC 417 or brandishing a weapon, you must make sure to hire a personal defense attorney. This is because the violation circumstances can be complex and the inability of pursuing legal charges in a beneficial way can end up in severe ramifications.

Here are some relevant legal definitions of the topic and associated consequences that one should look for.

How brandishing a weapon becomes a crime under PC 417?

As said, brandishing a weapon or firearm can be some of the serious criminal offenses one could commit. This would be determined as a violation of PC 417 if the following elements are met;

How would you define a firearm under PC 417?

Firearms are the devices by which projectiles can be launched using combustion forces such as shotguns and pistols. But because not all firearms use force to expel projectiles, they are not included in the violation on PC 417 such as BB, air rifles, and pellets.

How brandishing a weapon is legally defined?

Other than firearms, deadly weapons that constitute a violation of PC 417 include swords, knives, and chainsaws that may instigate serious bodily injuries and can cause death.

The statute also defined other ordinary objects that have the ability to cause serious injuries like sharp pencils, compass, rocks, etc. Although, any other home essential can be considered as a violation if used in the same threatening or rude manner.

It should be kept in mind that according to PC 417 brandishing a weapon is somewhat similar to PC 245 (AWD – Assault with a deadly weapon) but they have different elements to prove a violation. For example, in PC 245, an intent to harm the victim should be proved while in PC 417, it does not need to be proved.

What legal penalties are there for brandishing a weapon under PC 417?

If you or any of your loved ones are convicted of a violation of PC 417 or brandishing a weapon as a misdemeanor offense, you may face the following (but not limited to) penalties:

If a charge of brandishing a weapon is imposed due to drawing it at a child daycare center, the charges of a misdemeanor or felony offense or both can be used against you. If convicted of a misdemeanor, you will be charged with 3 months to 3years in county jail, if a felony charge is there, a prison time of three years will be sentenced in a state county.

If you have brandished the firearm in front of an on-duty officer, then you will end up in jail for up to nine months as a misdemeanor offense and for three years for a felony offense.  Here are different scenarios and how it works in each of those situations.

As said, the charges in your conviction will depend on significant circumstances. However, a misdemeanor conviction can only be imposed if the execution was made under the following circumstances:

In front of a daycare center

Brandishing a deadly weapon in the following situation can qualify for violation of PC 417 as a felony, misdemeanor, or even a wobbler;

A misdemeanor charge for this situation will be a three-month minimum and a maximum of one year of county prison time.

A felony charge will bring from 16 months to 3 years of state prison along with the possible convictions of violating the Gun-Free School zone Penal Code 626.9.

For this, a misdemeanor charge for the attempt can be a nine-month sentence and one year in the county jail.

A felony sentence will bring a state prison time from sixteen months to three years. Not only this, but you can lose the right to keep or own any firearm in any circumstances.

What legal defenses are there against brandishing a weapon charge?

If you are incarcerated with the charge of brandishing a weapon in any state of USA, it is a must that you seek legal advice and be represented by an experienced criminal defense attorney as early as you can after your arrest.

Your criminal defense attorney will identify and examine the charges against you, discuss your constitutional rights and fight aggressively to bring the case to the best conclusion in your favor. There is not much defense for someone to prove innocent and not guilty in front of the jury as the charge does not need the intent and just brandishing a weapon in the presence of other individuals can put you behind the bars and with serious ramifications.

Therefore, seeking legal advice in situations where you think you did not violate the PC 417 rule is suggested and advised. Your defense attorney will provide some of these legal reasons in your defense.

Simply saying that you brandished a weapon in the public by the prosecutor would not be enough to draw violation charges for you. There might be legal situations where you have drawn a deadly weapon just to exhibit such as at a weapon retailer on a customer’s request or as an instructor at an institution.

Expungement of records for brandishing a weapon

As said, a violation of Penal Code 417 can bring misdemeanor, felony, and wobbler convictions depending on the circumstances and the criminal history.

In situations where you were convicted of a misdemeanor, you can qualify for the expungements of record under the Penal code 1203.4.

Expungement of record may not completely erase your criminal convictions from the record. However, private employers, government employers, or your landlord will find no record of a criminal sentence when there’s a background check.

When you have a felony conviction, expungements from the record may be granted to you if you did not serve jail time in any state or county prison.

Once you are convicted of a felony charge after a wobbler offense, you can possibly petition the criminal court under PC 17 (b) (3) to reduce the felony charges to misdemeanor only once these conditions below are met:

Following are some potential expungement benefits that one should know:

Because a felony or misdemeanor conviction can bring a serious impact on your personal and professional life, you should prevent yourself from having charges of brandishing a weapon during the circumstances mentioned above, as they can unnecessarily hinder your background. However, if you or your loved one are convicted of brandishing a weapon charge, you should seek an experienced attorney to guide and defend you through the proceedings.

PrevPreviousWhat is capital murder charge? How it is different from murder charges?
NextHow serious is a public intoxication charge? Tips and tricks to fight this charge!Next