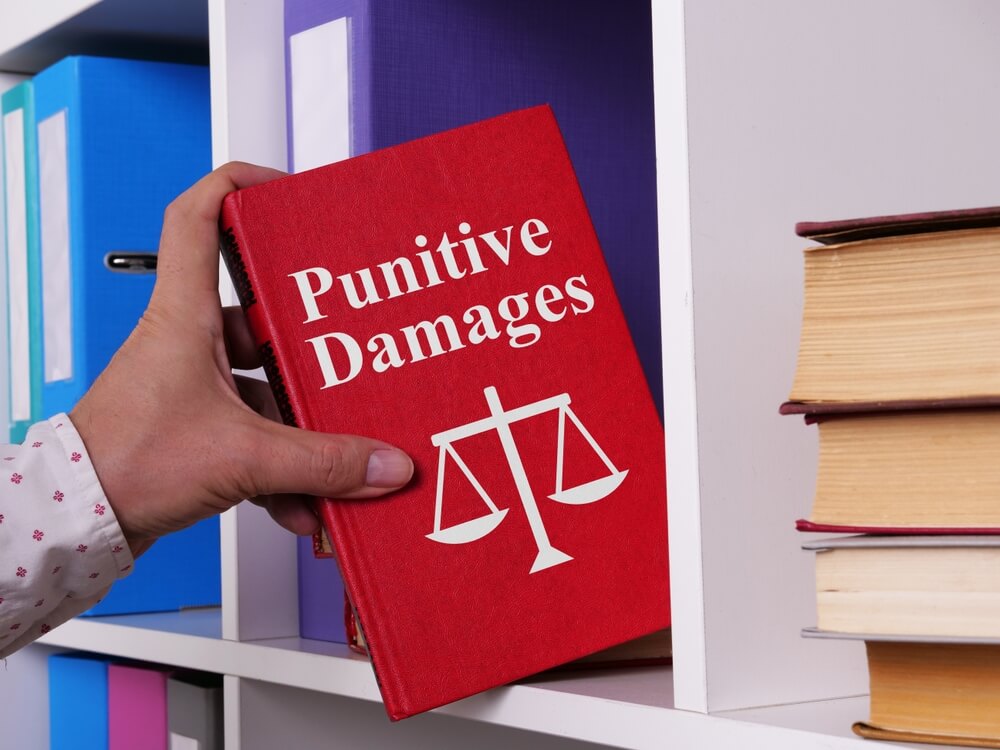 In this article, we will explain Punitive damages in relation to car accidents. An individual found guilty of gross negligence or malice in an event of a car accident is awarded this type of punishment.

What is punitive damages

In very simple terms, punitive damages are imposed on a defendant in relation to the crime, in addition to the actual offence the defendant is accused of.  It means the offender has to pay for the damages, and will also pay an additional amount as a punishment awarded by the court.

This action is taken by the court and is not claimed by the victim or plaintiff.  The court sometimes deems it necessary to make the defendant pay extra because the accused might have committed a harmful act that is deemed a gross violation of the law.

If a contract is not honored, persons can make claims for compensation in a civil court. But courts usually do not award defendants punitive damages in such cases.

Punitive damages and the law about a tort

Tort is a legal term that describes any violation caused by an individual resulting in damages or injuries to another individual. The individual who commits a civil offense is called a tortfeasor. According to the Tort law the tortfeasor will be held accountable for tort liabilities. This means that the individual will have to pay compensation or reimbursement to the victim whom he has offended.

The court conducts a test to determine if punitive damages should be awarded or not.

If these two conditions are mentioned in the case, then the court does not see any reason to award punitive damages to the defendant(s). However, if the property is not going to cover the compensation, or there was a gross injury either, intentionally or out of negligence, then further punitive actions would be taken by the court.

Sometimes, people know there is a certain level of risk. But they are willing to take the chance. They may waive their right to sue by signing documents for such effects.

For example a student knows maybe while skiing one of his skiing poles might break and he can get injured. Therefore, at the time of signing up for classes, he signs a waiver that clears the instructor/instructors of any responsibility.

When are punitive damages awarded

Punitive damages are awarded in cases where the defendant is clearly proven to be intentionally violent towards a victim. If it can be proven that the actions that have caused injury to a victim was clearly out of malice or animosity, then the punitive actions are called for. In any punitive damages awarded, the accused/defendant will have to pay an extra amount to the victim, after already paying for injuries or damages the victim had suffered.

Besides the cases involving malice intentions, gross negligence is the number one reason for which most punitive damages are awarded.

What is gross negligence

Gross negligence means that the defendant has shown reckless behavior, and has a strong level of disregard for the safety of others. Such behavior demonstrates the carelessness of other people’s rights and is in contradiction to the duty of a citizen to act with any reasonable level of care for others. If anybody is found guilty of gross negligence, he is liable to legal action.

In case of gross negligence, the injured person can sue the individual responsible for showing carelessness.

Punitive damages are not always awarded in car accidents. Was the accident due to malice or gross negligence? That is the real question. And it must be proven that the at-fault driver was very careless, and he purposely committed the crime.

Basically what it means

Basically, if it is a tort with malice intentions that has left the victim to be injured due to carelessness, and the offender tries to get away from responsibility, then the court will award the defendant with punitive damages.

Punitive damages are recompense that a person found guilty is required to pay to the victim, in addition to the actual cost of damages incurred.

PrevPreviousHow much time do you get for a probation violation: How to avoid it?
NextA general explanation of substantive criminal lawNext