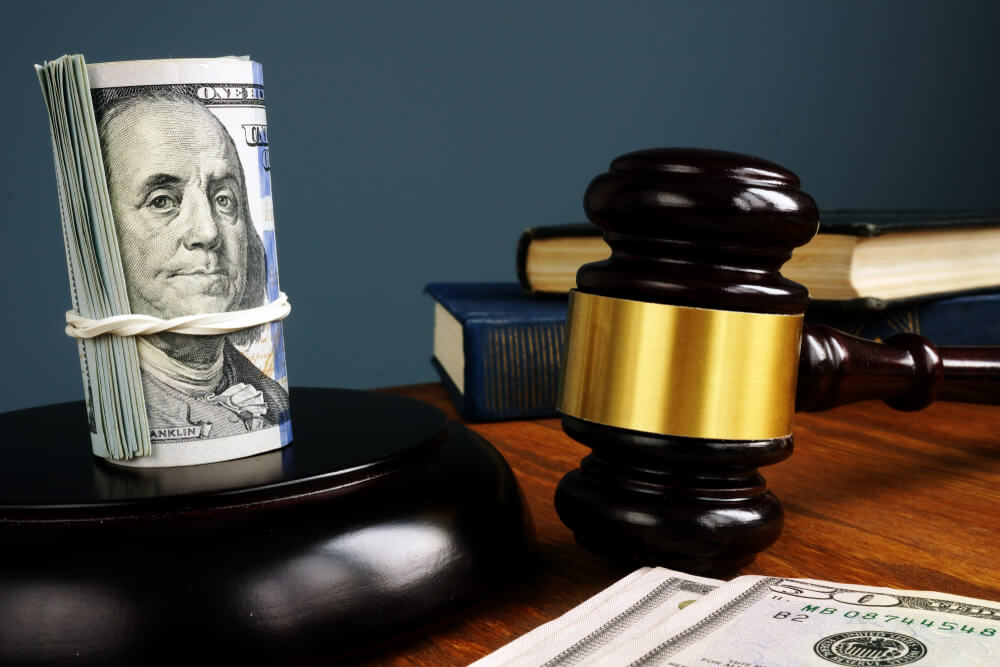 Crimes and criminals are everywhere. From low economic groups to people living in the penthouses, everybody is affected by them. However, they come under rule of law one day, which puts them behind bars until they appeal for bail or bond.

Contrary to people’s belief, bail and bond are two separate legal terms that have significant meanings. But comprehending the difference between bail and bond needs a concise explanation, which is detailed further. Keep reading to figure out what should you do when you or anyone you love falls in a situation that involves arrest and trial.

Difference between bail and bond

Before we begin explaining the difference between bail and bond, it is essential to understand the circumstances when they are warranted. It all starts when someone is detained and taken into custody. They go through the process of fingerprinting, mug-shooting, and taking their possessions by the authorities.

Although the court date doesn’t seem to appear just after making an arrest for the criminals. Oftentimes, it takes days, weeks, months, and even years for a criminal to appear in court, face trial, and even be convicted for the charge they have been arrested for. This is the time when bail and bond come into play.

It depends on the discretion of a judge to determine if an arrested individual would stay in the prison to wait until the hearing date appears or leave the jail after an arrest.

A bail hearing occurs when multiple factors weigh the risk like a threat to the community after releasing the defendant from jail or not to comply with the terms specified for the defendant once released. A bail hearing may happen right after the arrest when there’s a lack of criminal history of the defendant.

If all goes well and the court officer or judge decides that someone arrested with the charge can leave the jail and promises to return to jail when there’s a court date, then a bail request can be posted.

‘The term post a bail refers to a situation where someone is allowed to leave the jail and the police custody until the time they would be called for the court date’.

Additionally, there are possibilities that they are free to go anywhere and wherever they want as promised by the agreement.

But as said, this is not something that every defendant would get, it is on the court discreetly. There are situations where a court does not grant bail to someone in custody. The terms as said bind the convicted person to show back when the court date appears or comply with the bail or bond agreement requirements. The court may refuse to grant someone bail or make a bond if they determine the risk of fleeing and that’s mostly because of the criminal history that a convicted person may have.

As a result of which, a defendant remains in jail until the trial date appears.

Identifying the difference between bail and bond

Here’s the definition in particular for bail and bond that plays a significant role in understanding the difference between the two.

A bond initiates the term of bail that requires a guarantee of a third party that makes sure that the defendant will appear on the said court date and takes the responsibility to provide financial compensation if they contradict the order. Additionally, the money paid in terms of penalty would not be refundable.

Here are some legal ways to form a bond with the court by a third party.

Technically, seven types of bonds are there that are measured as secured in order to get someone released from jail.

Each one of them has different requirements for the defendant to meet. Therefore, understanding them in detail is essential.

For preparing a property bond, the party must have full rights to the property. The court usually accepts the property bonds related to real estate. However, it is not the only type of property bond that is accepted by the court. Conversely, it takes time to inspect and complete the paperwork and ultimately in granting bail against a property bond.

A surety bond is the most standard and common bond used for bail. But the surety amount will always be determined by the judge dealing with the case, analyzing the criminal history and the situations defined in the criminal act.

This type of bond is subjected to depending on the defendant’s recognizance and is the second most agreeable type of bond. But like any other type of bond, the recognizance release depends on the discretion of the arresting officer. Oftentimes, the defendant has to fight for his freedom defending himself in front of the court of law.

The cash bail is one of the accessible types of bail and proved right as the name sounds like – which is a bail made in return for full cash. This is one of the sought-after bond types for the defendants with the utter belief that they have not done any wrong. This is because when you appear on all the court dates, reach for trial and hearings on time and comply with the requirements, then at the end of your trial, the court will return all your cash bail bond. Therefore, by using cash bail bonds, there’s no loss for money regardless of how long your trial lasts.

It is a significant type of bail bond that is only legislated for individuals called immigrants. The requirements are inflexible and intricate enough which is impossible to handle without the help of an attorney. If you live in the United States and are an immigrant, then before applying for immigration bail bonds, make sure to hire an attorney.

These bonds are simply made against federal charges. But unfortunately, they are expensive and difficult to obtain. If you want one, don’t hesitate to speak to a lawyer to protect your rights.

What is a Bail?

Bail is referred to as the cash payment by the defendant to the court and it is paid back to the defendant when the trial is over. But this can only be done once all the requirements are met.

Bail is a direct agreement without any type between the government and the individual convicted of a crime. An individual signs a written agreement with the court and returns to the time agreed upon. During the time of release, the defendant also needs to adhere to the terms of the agreement. The court considers accepting a bail request especially if there is a first-time offender.

According to the eighth amendment in the United States Constitution, the bail amount should remain under the specified limit and should not exceed. The bail posting should be given as an opportunity and no harsh punishment should be imposed on someone taken into custody until the charge is evidenced.

Similar to bail, a defendant can get you out of jail but in getting a bond for your release you need a third-party signer as an insurer.  The court of law allows defendants to hire someone else who can cover the cost of release. Defendants often hire bail bond companies to co-sign and agree on the legal terms and pay the agreed amount if they don’t return to court on the scheduled date.

The company that signs the bond with the court is also responsible for getting you back to the court. The money they pay is nonrefundable.

The money is not something that the court takes from the bondsman companies. It is the written agreement that the court does and co-signs with the company. In situations where the defendant does not show up and the company did not keep the promise, then they have to pay the documented amount to the court.

In situations where you or your loved one is taken to jail and offered to pose bail during the time of your arrest and future trial dates, paying cash in order to get a release to appear on the date will be referred to as bail. However, in the events where you find it difficult to arrange the minimum amount required for bail or any other legal obligation that makes you opt for any type of bail bond, then hire a bondsman company or request your attorney to go for property, immigration, recognizance, or cash bail bonds so you would not spend the rest of your time in jail until the next court date.

PrevPreviousPonzi scheme vs pyramid scheme: Which one is a better option?
NextA woman stabbed to death in New York City after being followed and barricaded by a suspectNext