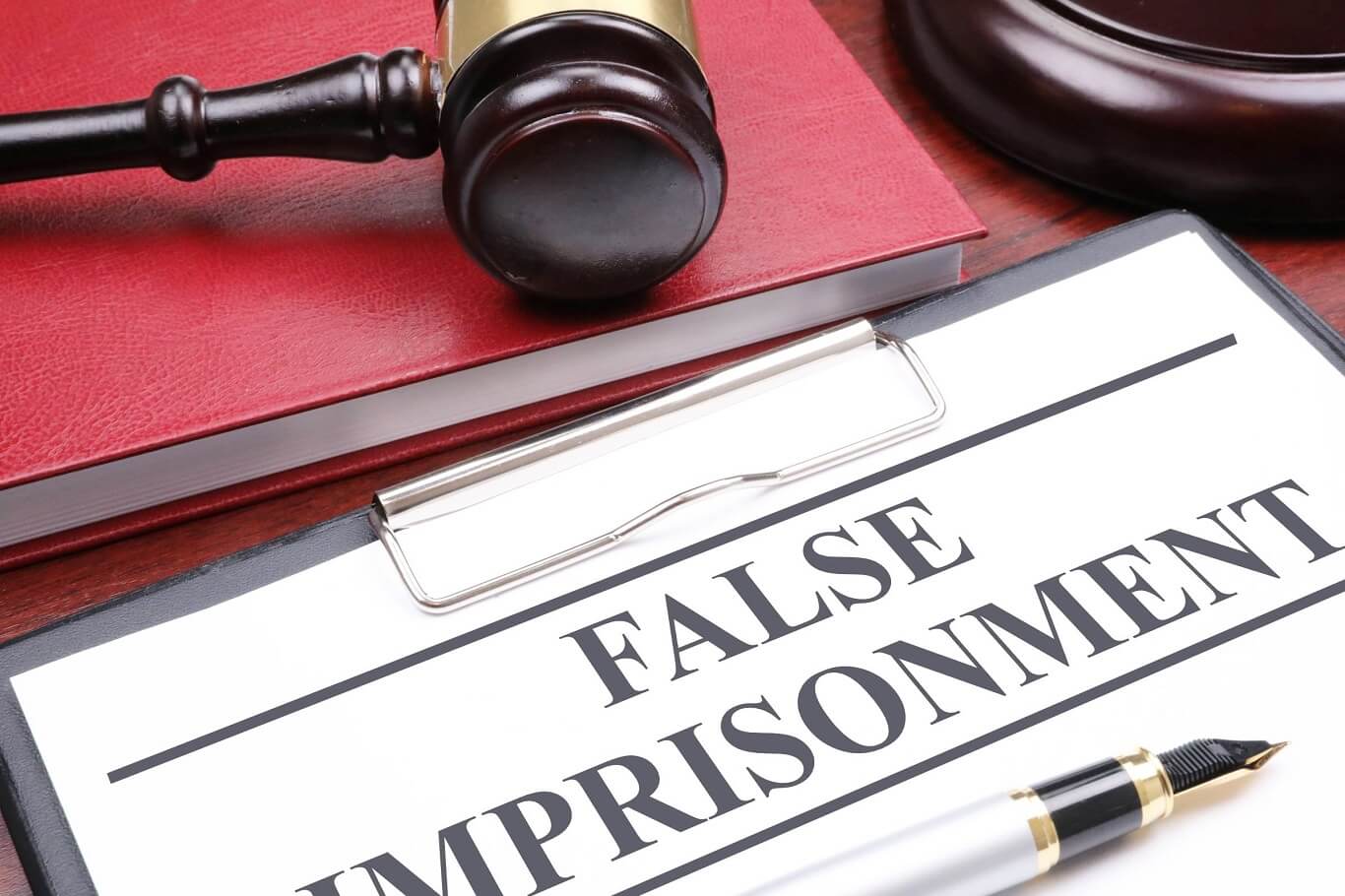 False imprisonment is when an individual (without having the legal justification or authority) deliberately restrains the ability of another person or a group to move freely. This illegal act is considered false imprisonment.

For instance, an armed robber enters the bank and yells at everyone to get down while threatening them to kill if they resist or try to leave. In this scenario, everyone in the bank had to stay against their will because they knew that going against would cost them their lives. Hence this will be considered as false imprisonment. The incarcerated bank customers are now able to claim false imprisonment lawsuit cases against the robber.

Other examples of False imprisonment can be but are not limited to:

Locking a person in the room without consent.

Keeping an individual’s valuable possessions so that they could not leave the place.

A store owner or the security guard detains someone while suspecting someone’s appearance for an unreasonable time.

Nursing staff keeping patients or the attendants under emotional or physical threat without their consent.

Employer or the owner restricting from leaving the work.

Depending on the different circumstances, the offense can be categorized as a misdemeanor or felony. In short, any person who intentionally restricts the freedom of another individual without consent will be liable for false imprisonment. In the court of law,; both federal and civil,  false imprisonment will be treated like battery and arson crimes as these crimes can occur on the roads, in a moving vehicle, or even in a room.

To claim for false imprisonment lawsuit cases, the victims must reasonably believe that they were confined. To convict the suspect, the court will determine if the detention was severely made, or what a rational person could do in similar circumstances.

What is not considered as False imprisonment

A person holding you for a specific time, but you could easily get away from them without any fear of retaliation.

A storekeeper that retains you for inquiring about the packet you stole from the store.

A gatekeeper closing the main door while giving you an option to leave from the back door, but you opt to remain there and demand to open the main door.

In every state, police officers are privileged with the right to detain the suspect with the possible cause to consider that the person was associated with wrongdoing or the scenarios where they believe that the person has committed the crime.

A person with the consent to confinement without coercion, duress, or fraud, would not be able to claim false imprisonment.  Hence, voluntary consent to detention is normally considered as a defense in these cases.

In some situations, a person(s) without having any legal authority or the law enforcement official position can hold a citizen in detention when a crime was attempted or committed in their presence. However, this defense statement does not give the power to the general citizens to act in place of law enforcement.

After reading the scenarios you may be wondering how to start your False imprisonment lawsuit cases claims or get legal advice. Look for a personal injury lawyer at your local bar to book your appointment as early as possible.