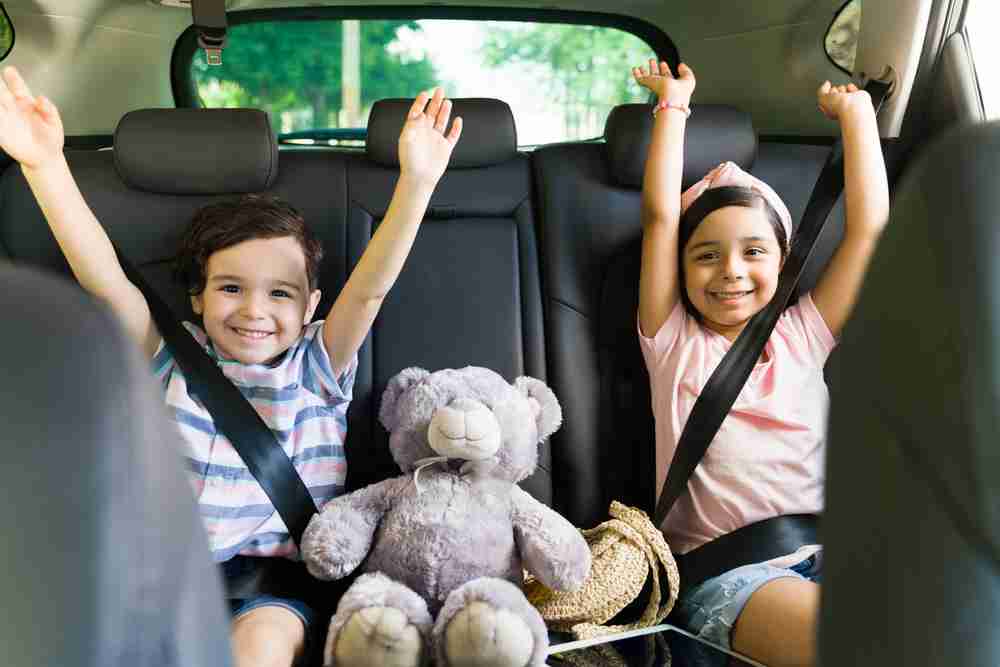 Is it illegal to leave your kids in the car?

Staying skeptical about your parenting skills is a natural phenomenon in each parent’s life. Eventually, what brings you to the wondering dilemma is it illegal to leave your kids in the car? The reason why you are here indicates that you are a responsible parent and a good citizen.

However, in the US every state has various laws to apply. In addition, there are 19 initial States of the US that say that it is illegal to leave your child in a vehicle. In a matter of fact, you have to see whether your state is one of them? And if it is what are the existing laws for your question is it illegal to leave your kids in the car?

Unattended child in a car

In September 2014, a mom named Christian Moon was in hurry and had to return an item to the store. Her four-year daughter was with her in the back seat busy watching her movie. Moon parked her car in front of the store. She left the air conditioner running and locked the car from outside. Unfortunately, the store took 15 minutes to process the Moon’s issue. Meanwhile, a witness saw her unattended daughter and called 911. When Moon returned, a police officer was around her car where she felt her self guilty about leaving a four-year-old in the car.

What California laws state about is it illegal to leave your kids in the car?

Coming back to the question. If you are in the State of California, you must know the law instructions about leaving your child in a car. California vehicle code section 15620 demonstrates that a responsible parent or a guardian of a six-year-old child can leave a child in the vehicle, only if there is a twelve-year-old to supervise. Additionally, leaving a child under six years old age in the supervision of another child who is under twelve-year-old is considered a violation. The statement sums up in this way, you can leave a child behind in a car under the supervision of at least twelve-year-old or more than that for safety.

Thinking about the punishment of violating the vehicle code section 15620? Well, here is the answer to your thought: The charge against the violation of this code section is a $100 fine and no jail. Moreover, if the court finds out that you are economically a little unstable. Law removes the fine, and judges ask you to join the education community where you can learn about the circumstances of leaving a child unattended in a car for self-awareness. On the other hand, this could be more helpful for you to vanish your guilt emotion and beware of doing this again.

Following consequences occur when you leave a child in a car under the California vehicle code section 15620.

The most common risk that appears usually affects a child’s health is because of hot weather. It happens when you leave a child in the car with zero ventilation.

However, with all circumstances, California Pane Code Section 237a defines child endangerment. This is considered a serious crime more than an infraction. Leaving a child unattended in a car can also be intended willfully to harm a child physically and mentally. This intended crime has different charges according to the intensity. A person who has a child’s custody and causes permit injuries. Law punishes such individuals and finds them guilty of child endangerment. Furthermore, PC 273a charges this offense as a felony or misdemeanor on the basis of the case facts.

The willful act can cause consequences of Child Endangerment. There are two punishable acts under penal code section 273a.

Other than this, contact with the child will be prevented. The counseling session will also be probed by the court for personal learning. And Criminals also have to pay certain fines to the court for violating the penal code section.

In conclusion, we know that the laws in the United States vary States to state. You must stay aware of what your state’s law says. Moreover, the above discussion proved somehow that some legal actions can be taken when there is an unattended child in the vehicle. Apart from what the law states parents should never leave their children in a car alone especially underage ones. It can be dreadful in many other ways. Having a questionable thought of is it illegal to leave your kids in the car? Is quite normal and reasonable to ask. For more detailed answers about this, you may consult a legal attorney to solve your further related queries.

PrevPreviousReduce your liabilities by knowing how to remove yourself from the power of attorney?
NextWhat is Contempt of Court – Consequences you may face if you blatantly violate a court order?Next