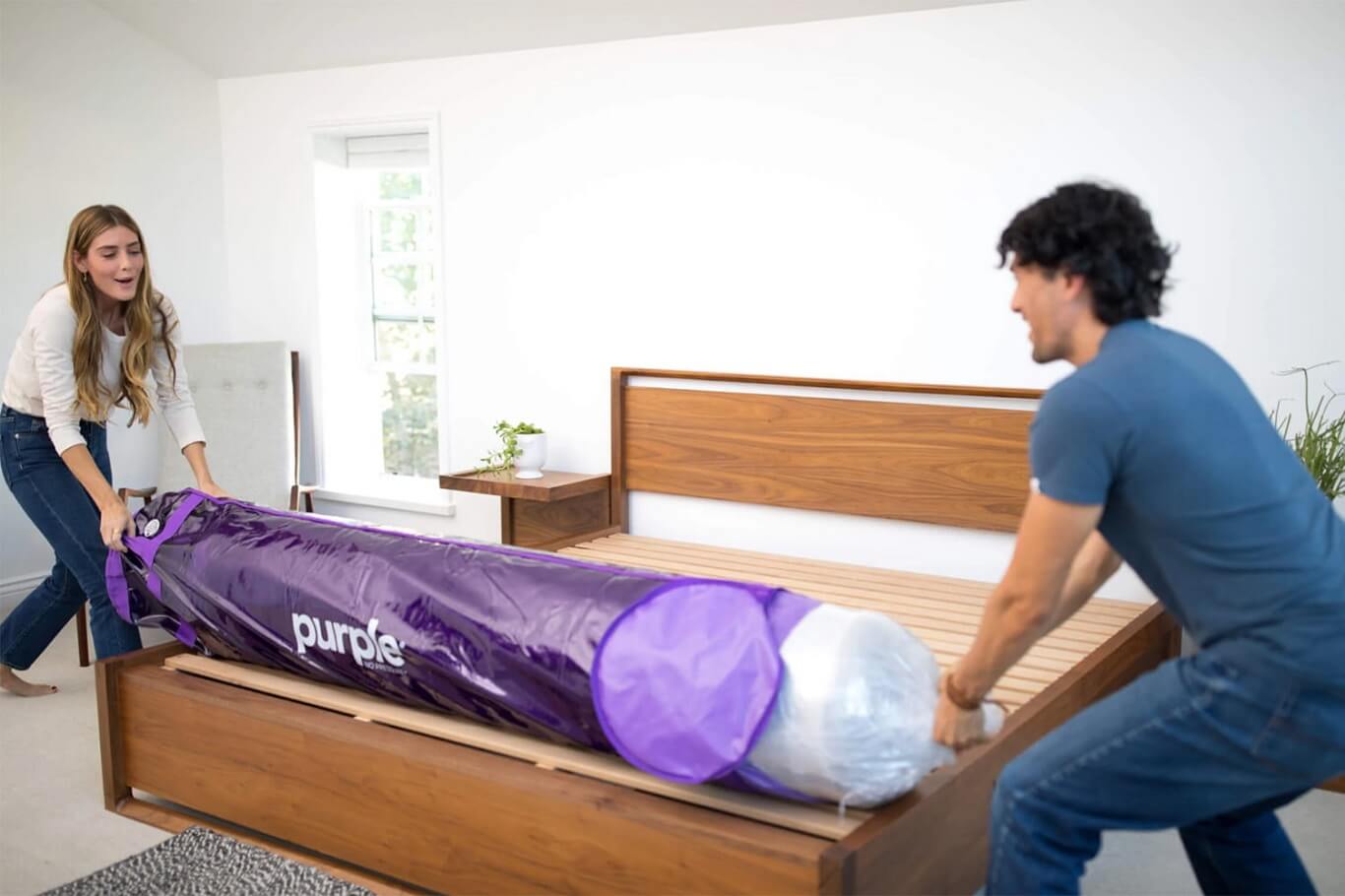 Purple mattresses are the most sought-after mattresses that are available online due to their gel-like texture and super comfortability. The mattress is the only one that features Hyper-Elastic Polymer which intends to deliver both support and pressure-relieving sensation at the same time.

A myriad of mattresses are reviewed by different review websites and found out the best and worst features in them. But why did only the purple mattress controversy emerge as something horrific that the most desirable product became the reason for a twinge in most of the reviewers? Let’s begin the quest!

What is used in the making of Purple mattresses?

Purple claims that the white polyethylene-based powder does not penetrate through the mattress cover. However, people started to get concerned about the toxic effects the powder can develop on their skins. Although the company shows everything good about the product. Even the reviews, and every description over the website show 0% side-effects, but there was something that only Ryan Monahan from Honest Mattress Reviews found out.

In an article at a review site Honest Mattress Reviews, Monahan claimed that the powder used in the Purple mattresses can develop harmful reactions to your health. After the allegations, Purple filed a potential lawsuit against the Honest Mattress Review Site in February 2017 claiming that the allegations have nothing to do with the powder or the mattress Purple used in its products. So why did Monahan create all this Purple mattress controversy?

How did the Purple mattress controversy begin?

In 2016, a website came into existence named Honest Mattress Reviews which intended to deliver unbiased and honest reviews about the mattress available in the market to the general public. Later the year, Monahan posted a study about how the powder can affect your health while alleging Purple mattress products causing irreversible damages to health and skin. He did not stop there, a series of videos and articles were posted in the meanwhile about the purple powder.

Monahan stated that he’s been asking Purple about the purple powder, its usage in their mattresses, and whether the product is safe for humans to inhale or not. On the other hand, Purple denying the allegations said Monahan who was associated with GhostBed company, was deliberately trying to mislead people against the Purple products and intentionally wanted to tarnish the credibility and the brand reputation of Purple. Purple also claimed that GhostBed Company and Monahan are business partners and purposely want to benefit if Purple gets defamed.

Monahan and Werner (CEO of GhostBed) came under a petition filed from Purple in February 2017, in which they both received restraining court orders to remove the misleading content against Purple mattresses from the site Honest Mattress Reviews until the case proceeds. The petition also stated that the powder that Purple uses in its mattresses is safe. As per a study, they also conveyed a message regarding the safe use of polyethylene-based powder. Purple then planned to execute a private investigation to prove the smear campaign run by Monahan and Werner was nothing but an act of deception.

Both Werner and Monahan allegedly opposed the court order and denied their connection with each other.

What Purple was uncovered in the investigation?

Purple revealed the engraved secret in its private investigation. It exposed Monahan’s association with GhostBed as a former CEO of its Brand Office which had continuous contact with Werner.

The investigation also uncovered that the defendants were plotting an attack on the company ‘Purple’. For this, they (Werner and Monahan) hired a director who can frequently report Monahan internally while Monahan went to conceal his identity behind the review site Honest Mattress Reviews and his connection with the GhostBed management.

The court further found out that Monahan possesses a company named ‘Social Media Shark’ which is being paid by GhostBed for $10,000 per month through another company named Achieve. With these findings against the defendants, the court believed that Purple’s allegation of running a paid campaign by Monahan and Werner was actually true!

The evidence and outcomes against the defendants made the Honorable Judge Bee Denson grant a Preliminary injunction to Purple mattress. Moreover, the verdict was sanctioned that Werner and Monahan remained dishonest with the court and intentionally created false content and shared misleading information through their website. For retaining a successful lawsuit, Purple was granted judicial attorney fees and the cost they paid for pursuing the lawsuit.

Conclusion about the Purple mattress controversy

The study and the approaches, Purple used to clear the matter in front of the court, proved that the white-based powder used in the mattresses has nothing to do with the potential damages. It is a polyethylene copolymer which is a common form of plastic used to make food containers, cosmetics, plastic bottles, and many more products in the world.

It is often used to make multiple medical devices. Moreover, it is also found in the chew toy and your kid’s pacifiers which are often made from polyethylene. The form of plastic is 100% non-toxic and the research made it much clearer that you may have used the plastic more in normal life rather than using your mattress.

Therefore, you can easily enjoy the flexible gel-like texture of the mattress without even worrying about the plastic powder as it will cause no harm to your health or skin.