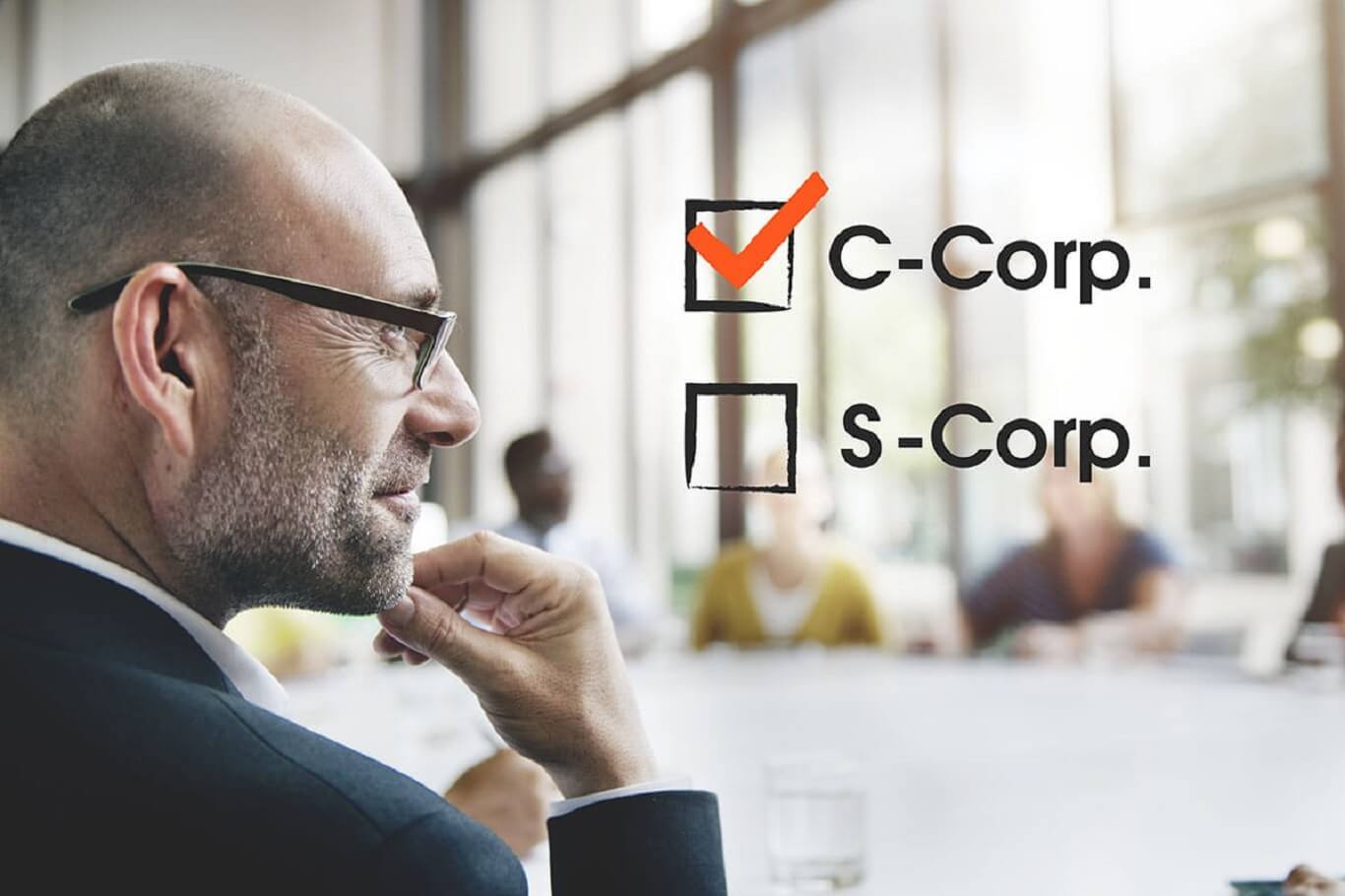 To set up a business is no less than a challenge, you must juggle numerous demanding tasks and complex decisions, simultaneously. From those tough choices, one is to decide whether to establish an s corporation or a c corporation.

Seemingly, there is just a letter difference between them but if we go into detail then we will know; they are quite different from each other. Therefore, learning their differences is crucial if you want to save time and money.

Before you decide whether to establish an s or c corporation, it is important to understand their differences along with some pros and cons associated with them.

Let’s start by learning a few similarities between s and c corporations. The owners of each of them are called shareholders and they have the power to elect company directors to administer the corporation’s functioning. Further, to manage routine tasks, directors hire managers and officers for the company. Profits in the form of dividends are shared with the company directors based on the number of shares they hold. The setup of both types of corporations requires filing and registration of a legal document called “articles of incorporation”, with the state.

To form a corporation a company must issue stocks, enact the law, summon annual meetings of directors and shareholders and maintain the minutes’ records of every meeting. Moreover, they are also required to hold records of important decisions and goals and file them annually in compliance with the laws of the state government. Failure to fulfill these requirements will affect personal liability protection and  jeopardize the establishment of the corporation

In either type of organization, owners have limited personal liability. It is established under the law of the state government and considered a separate entity from its owners. Therefore, only assets that a corporation owns are subjected to corporate debts. Shareholders are not personally liable to any corporate debts and are safe from corporate creditors.

What is the difference between S corp and C corp?

Having few similarities between both types of corporations doesn’t imply that they are completely the same. Following are some clear-cut differences between them.

In the beginning, all corporations are c corp. To convert a c corp into s corp, owners must file IRS form 2553 to elect to convert into s corp. The process may also involve other state forms to acquire the s corp status.

The name of s corporation is derived from Internal Revenue Code’s subchapter S which gives organizations the choice to select how they would like to be taxed. Based on the selected option, shareholders then pay taxes on their organization’s income.

Some corporations function on a calendar year basis, therefore March 15 is the last date till which you can file to obtain an s corp status for a specific period, failure to fill the form before the last date will result in rejection. For corporations that operate on alternative fiscal years, day 15th of the 3rd fiscal year is their deadline to file for the status change.

For this reason, corporations switch to s corp status to avoid double taxation. S corporations are like a partnership and a sole proprietorship, profit and loss are born by the shareholders. Only shareholders are taxed in the corporation and their taxes are filed as a personal tax return.

State policies also play a substantial role in taxation. A few states involve double taxation in s corporations and other states, owners of the s corporation are equally involved in bearing profits and losses as c corporations.

These restrictions inhibit an organization’s growth thereby, c corporations have more potential to grow as they are free from such restrictions. For instance, organizations that can have more than one class of stock may acquire capital from their investors without granting them extra voting rights.

With c corp status, organizations can enjoy several benefits. For instance, 100% of a corporation’s charitable donations can be deducted on corporate tax returns given that donations are under 10% of the organization’s income. Also, a c corp employees enjoy benefits like reduced insurance amounts.

S corporations cannot provide such benefits as they become taxable to their shareholders.

C corp vs S corp: Which one should you opt for?

If you are planning to establish a small business, s corp might work well for you. Normally, small businesses can function well under legal limitations imposed on s corporations. Otherwise, c corporations are more beneficial for medium to large organizations.

S corporation is not a suitable option for a large organization, in fact, sometimes this option is not even granted to large organizations. Large setups are started with lots of investments and ambitions, converting them into S corp might limit their growth. Also, doing so will inhibit them from selling their shares to someone other than US citizens and prevent them from raising capital from investors. Large organizations need the flexibility of having more than 100 shareholders and the liberty to issue stocks of more than one class.

In either setting, careful analysis of multiple factors is required regarding your business situation before making a final decision.

In either setting, careful analysis of multiple factors is required regarding your business situation before making a final decision.