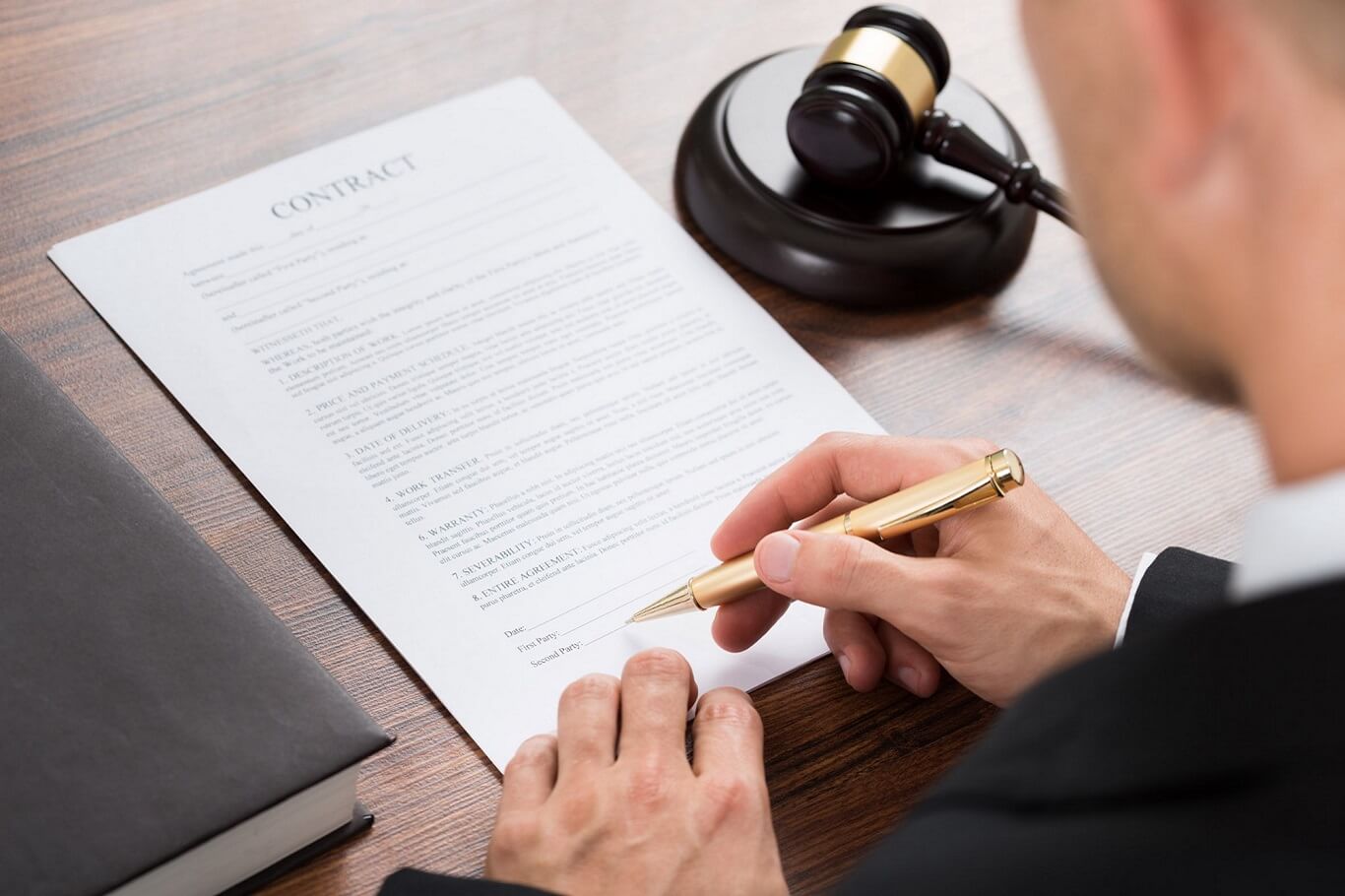 Once a criminal case is filed against a potential felon, it’s usually assumed that it’s hard to beat the case in court. This is because several intricacies are involved in a criminal case. However, this is nothing but a misconception.

If you are dealing with an experienced criminal defense attorney, he may find signs that a criminal case is weak. According to research, more than ninety percent of the cases get dismissed before they reach the trial.

There can be several reasons for which defense attorneys find a case weak. It can be a lack of evidence, fewer witnesses (either on paper or in-person), big names/guns involved, political or public pressure, etc.

To know the possibilities and signs that show a criminal case is weak, keep reading.

5 Signs that a criminal case is weak

Most of the time, criminal cases get dismissed before reaching the court and without calling clients for an official hearing for the trial. Some of the reasons are detailed below:

1. Inaccuracy of the complaint

When a criminal case is filed for a trial, defendants and the attorneys will deeply scrutinize the complaint and try to find the loopholes in the filed complaint.

No matter how evident the case is, a single mistake in the complaint file can fall apart. These mistakes can be made in date, address, names of the defendants/plaintiffs, prosecutions, and even in the descriptions.

This is why it is essential to crafting your complaint mindfully with the help of an experienced attorney. Plus, if the complaint contains harsh remarks for the other party, they can file a harassment lawsuit and sue you for false accusations.

When there is criminal activity or offense, the police need to make legal arrests against the potential causes and valid reasons. They can’t just arrest someone on behalf of their intuitions or gut feelings. If they do, it would be even difficult to prove the suspect innocent or guilty in court.

During the arrest, the law enforcement officers must present the proofs and causes based on the complaint with reasonable trust. For instance, if they encounter a person being mobbed and they suspect a person by identifying his cap, dress, attire but they didn’t see his face, the suspect can easily get away as they are not sure if he is the same culprit.

The reason can be many for this instance such as there may be hundreds of other people wearing the same cap or having the same attire. Since the police didn’t see his face, they cannot arrest a person in reasonable doubt. Additionally, this can be acknowledged as a sign of a weak case.

Oftentimes, the prosecution falls short of evidence in order to prove that someone has committed a criminal offense. He may find himself at a dead end.

Therefore, when someone has offensive allegations and he is subjected to be presented in front of the jury, the prosecution has to provide enough evidence to prove his guilt before the jury board.

Once the evidence and claims by the complainant and prosecution are presented, the jury board will review them and decide whether the evidence is valid and the accused should be penalized. Once decided, the trial will proceed further.

If evidence and proof are presented well, the judge will call off the verdict. To receive the verdict in your favor, it is important to present ample and valid evidence from the first hearing so the case could move further.

You may have figured out the importance of substantial evidence from the above point. However, whenever a suspect is arrested, the law enforcement officers and prosecution need to provide strong evidence which may prove or disregard the complaint.

Strong evidence includes DNA samples, fingerprints, snaps, and most importantly eye-witnesses. These pieces of evidence are used throughout the case trial to prove the guilt of the suspect.

5. Additional signs that a criminal case is weak

Some other signs that depict that a case is weak contain the factors that are more important in front of the jury.

For instance, if a minor breaks the laws or is caught in a small crime such as infringing someone’s privacy or trespassing. If the defendant has no criminal background, then the jury can dismiss the case with warnings.

Prosecution and defense attorneys can dismiss the case as well on behalf of insufficient evidence or certain jurisdiction requirements. In cases where attorneys of both parties affirm that there’s a lack of evidence, they mutually agree on a point and informally end the legal battle without pursuing a trial.

On the flip side, assume that you have a potential criminal offense and the prosecutions have significant evidence to prove your guilt. However, you’re not sure if you have committed the crime. What options do you have to drop the case before it reaches the trial?

How to get charges dropped before the court date?

Once you have a criminal conviction, it can entirely alter your life. A criminal history can limit your access to rent a home, getting a job, a bank loan, transferring a firearm, and getting a driver’s license.

This is why it is necessary to refrain from getting convicted and save yourself from the disgrace due to criminal history. Here’s a list of things you could do to dismiss a criminal offense.

How to convince the prosecution to dismiss the charge?

The first thing that you need to do is to consult a criminal defense attorney. He will identify the grounds of the case and will find out obscurities in the case for dismissal. A judge or prosecutor will review them and dismiss the case temporarily.

The case dismissal does not make you innocent, it’s just the charges that would be withdrawn. It will end the felony or criminal charges put against you and you can walk out from the court not completely acquitted from the burden.

Once you attempt for a license, loan, or employment – your background check may show a criminal arrest but not a conviction.

Many criminal cases in the United States never meet the court date and are dismissed before it. In 2020, 219,000 criminal cases were dismissed only in Indiana, and 483 were made to the court for a trial. However, 2,970 cases went before a judge. Indiana judges disposed of many cases which were the results of traffic citations.

When it comes to getting charges dropped before a court date, the court permits it on valid grounds.

Prosecutors and judges at the trials have an ethical duty to candor towards the public and court. If a judge spots signs of a weak case, he may ask for additional evidence or dismiss the case.

Factors that influence the case to be dismissed before a trial date include:

How can a court drop charges before a trial date?

Likewise a prosecutor, a court may find itself compelled to dismiss criminal charges on someone for multiple reasons. Some of them are discussed below;

An American citizen is protected by the US Constitution from several police tactics, which include:

The prosecution can be sanctioned by the judge on account of any constitutional violation. Generally, the prosecution receives sanctions by eliminating any witness or evidence from the preceding trial.

Prosecutor will not be permitted to pursue charges in a trial if he is doubtful that you have committed the crime. In order to bring an accused under conviction, the prosecution has to bear the burden of proof.

To prove your innocence, you can produce a doubt by presenting valid evidence or a physical alibi that would prove that you did not commit the charged crime.

Prosecutors in some cases will dismiss the case when a motion of a bargain is presented. This motion would be accepted depending on the damage faced by the plaintiff.

With this, you may be sentenced for misdemeanor charges instead of a felony that will save you from the stigma of a criminal charge, which may affect your life after sentencing.

Apart from a felony crime, if you have something that the prosecution wants, then it can overturn your case. For instance, if you are accused and arrested for drug accusation, you may get away with criminal charges if you help them reach drug distributors.

When a criminal case is filed, your defense attorney will closely look for the signs that make a criminal case weak. If they find some, you can easily ask to drop the criminal charge against you.

You can also work out with prosecutors to drop the charges before the court date through negotiations and following the methods explained above.

Your attorney can also ask the judge for a case dismissal if prosecution or the complaint is violating your constitutional rights. Whatever be the case, you should try to save yourself from detention as it can impact your future greatly.