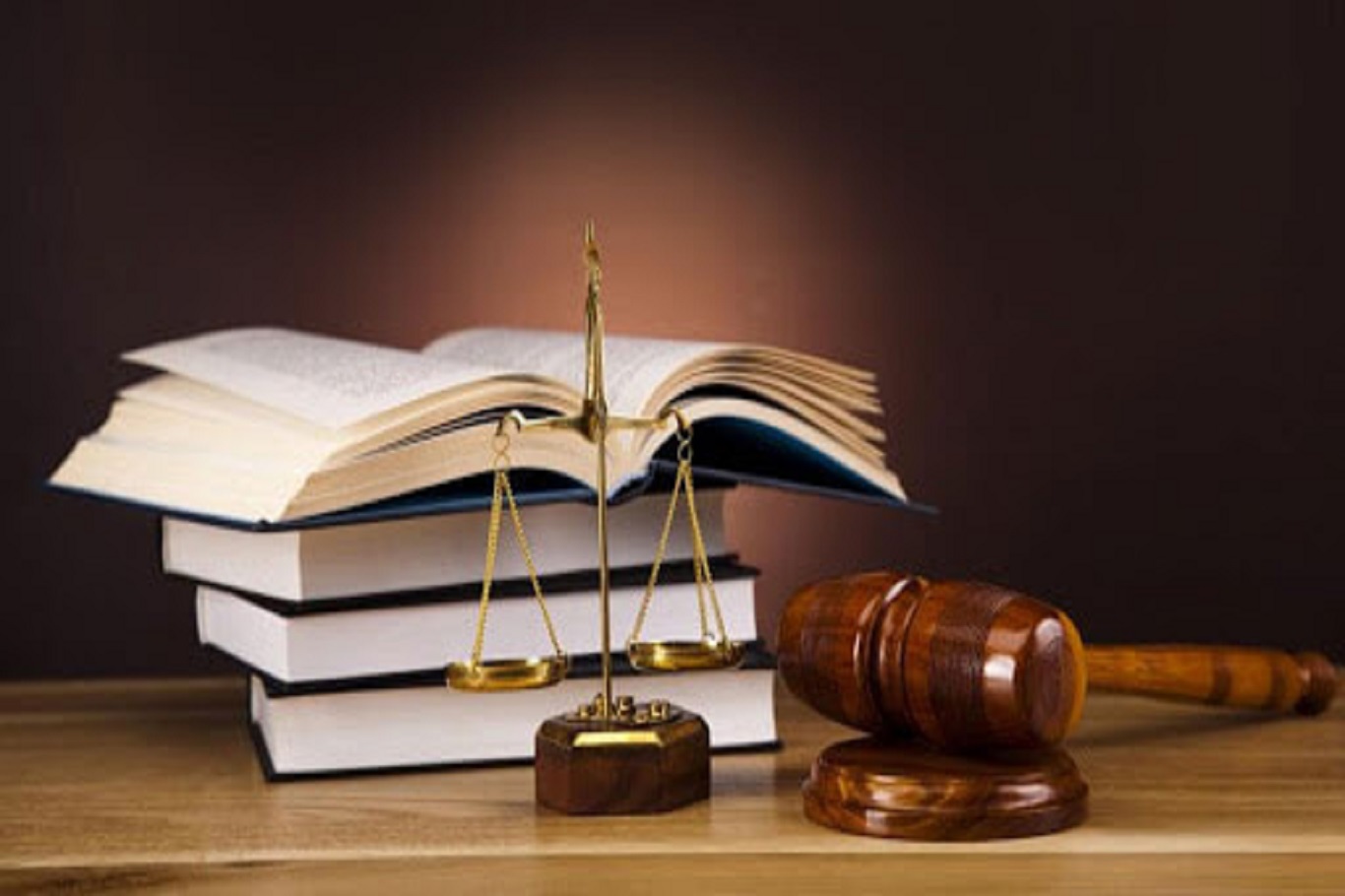 Popular TV shows like How To Get Away With Murder, Suits, and Criminal Justice make the American law system seem pretty straightforward and glamorous for the common man. We have all grown to love the lawyers in their fancy houses and their expensive clothes just strutting around winning cases and making it look as easy as roasting marshmallows on a camping night.

The bottom line- the US law system is far from being glamorous and easy to understand. It is complicated. If you’re confused about the basics of criminal law vs the basics of civil law, you just want to get a better understanding of the shows you are watching, or if you want to someday pursue law as a career and want to choose which direction you want to go, this is the right place to get started. 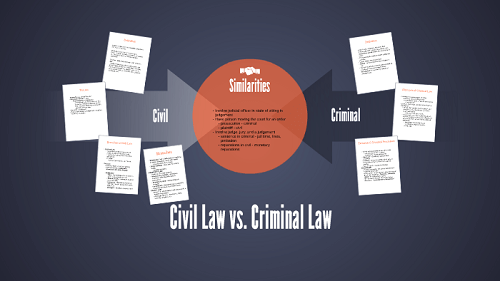 For starters, let’s look at a basic definition of both:

This deals with the law of crimes and their punishments. This includes any offense or malicious action that is directed towards the state, the public, or even an individual. Criminal law justice is aimed at reforming society and rehabilitating the victim. The state bears all the costs of the lawyer on behalf of the victim. Let’s say that you’re a victim of a crime, it is the state’s duty to investigate the matter, file charges against the accused, and make sure they are brought to justice through a trial. Criminal law obviously more direct as compared to civil law which is explained in detail below. Examples of criminal law include; murder, drunk driving, and stealing.

This deals with laws of civil and private rights and their violations, including any activity or offense against an individual or private property. It basically deals with disputes between two entities. This one is more private than criminal law as it deals with a problem between two individuals or parties with the aim to simply resolve the matter in favor of the victim. The code of conduct or the guidelines for these are in employee handbooks and contracts etc. These cases can be initiated by private or public entities.  Examples of civil law include; a breach of a contract, defamation, or property damage, etc.

2-The Motive or Conduct at Issue:

From the definitions above, it is pretty clear that the rules and the laws that govern criminal law are different than the ones that govern civil law, the conduct at issue is also different.

The clearest distinction between the two cases is the intent. Criminal law deals with strong intent, for example, someone deliberately harming another person. Civil law doesn’t involve malicious intent, it simply deals with the failure of following a city or state code like someone slipping on an icy sidewalk because the person who was supposed to clean it, didn’t.

There are different levels and degrees of punishment associated with both laws. In the case of Civil Law, the person facing the charges doesn’t go to jail, the intent is to restore the victim to the state they were in before the violation took place. This is usually done through a financial penalty or settlement between the two parties. Civil cases are also often settled without having to go to court. These settlements involve money being paid to the accuser and them dropping their charges against the accused in return.

In the case of Criminal Law, the person charged is looking at serious jail time or incarceration based on the severity of their crime. As described before, criminal law justice aims at making society a better place. This means that the government works very hard to ensure that if a person is guilty in a criminal law case, they are punished accordingly to set the right example for others and act as a deterrent for others as well.

4- The Burden of Proof

The difference in the severity of the punishment and just the nature of the crime in both cases determine the amount of proof the accuser needs to present in order for the defendant to be proven guilty. Criminal Law requires enough proof that the accused is proven guilty beyond a reasonable doubt. Criminal law is often charged by the government on behalf of the victim. The goal is to punish the accused rightfully and since the punishment can be as severe as death or jail for life, there can be no room for error in these cases. This is why the burden of proof is so high that it leaves no doubt in the minds of the jurors or the judge involved in this case.

Civil cases don’t involve severe punishments, therefore, the burden of proof is lower. In this case, for the accused to be found guilty, the proof should meet clear and convincing standards. As a layman, these differences may make you a little confused and frustrated. You may have seen on TV or heard that the proof in a criminal law case made the accused seem probably guilty. This means that the defense lawyers worked hard to find gaps in evidence and presented witnesses that put a doubt in the jurors’ minds.

5- What’s the Difference in Mindset?

Since both kinds of laws deal with very different kinds of cases, the attorneys that deal with these cases approach them differently as well.

The way these cases are planned, the evidence, the burden of proof, and the litigation process are very different between the two. The intent with a civil law case is not to send the accused to jail, there is a good room for negotiation and lawyers usually try to settle the matter outside the courtroom to avoid a long litigation process.

With Criminal law, it is a little trickier to try and settle outside the court. Plea agreements can affect an individual’s rights and they can also be rejected by certain judges even if the two parties agree to them. The punishment for this kind of law violation is so severe that the lawyers are very careful with the risks they take in this case. The main goal is to collect as much evidence as possible to prove the defendant innocent.

In both cases, there are some limits that are placed in order to protect the defendant from unreasonable charges. Every state has a different limit up to which an accuser can place chargers on a defendant. For example, what if you were accused of a crime that took place 25 years ago, how will you ever produce enough evidence to prove yourself innocent? This is why these limitations are placed to protect the defendants.

Can Both Laws be Applicable in the Same Case?

Yes, it may seem confusing but it can happen. The main reason is the burden of proof. As we discussed above, the burden of proof is lower for Civil law cases. This means that if someone wasn’t successful in proving a defendant guilty in criminal court because they didn’t have enough evidence, they can still sue the same person and win the case in Civil court. The OJ Simpson case was a great example of this!

Let’s do a Recap:

We understand that the above was a lot of information and it will take some time for you to digest. Let’s review some basics. Both criminal and civil law differ in their burden of proof, the statute of limitations, penalties and etc. Both of these laws can be applied to one case and a defendant can get off in a criminal case but may end up being guilty in a civil case due to the low burden of proof in the latter. Criminal law is less forgiving and the government itself is bound to pursue it on behalf of the victim. Whereas, civil law allows more room for negotiation and is usually a more private matter between two public or private entities.

You might have understood by now, that there is a lot involved when a legal team is preparing for a case, whether it is a civil law case or a criminal law case. If you are looking to learn more about the differences and how the two kinds of laws and their justice operate, you will need to do a thorough study of both from more than one source. We aimed at simplifying the message for you in simple language that you can understand so it’s easier for you to watch those shows or understand what a recent case in the news is going through.