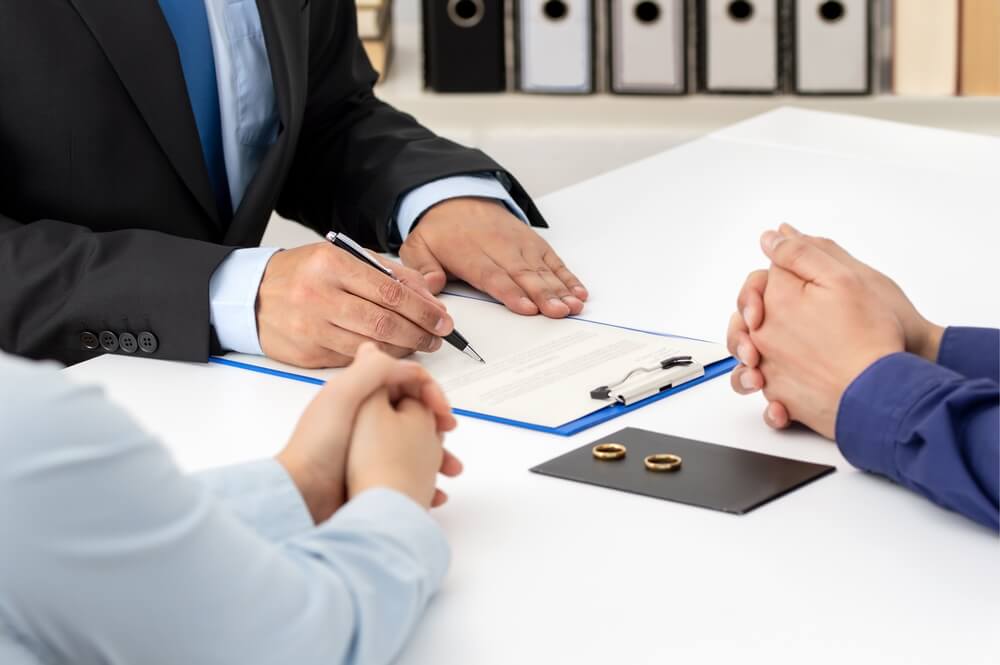 According to legal experts, while keeping the majority in mind, dissolution of marriage is considered as divorce only. However, what this means is that the couple will only be ending their marriage and will handle all other matters themselves including child support, child custody, and division of property. This article will discuss the complete information about the dissolution of marriage, how to get it, the process, and whether you need a lawyer to carry out the process or not. It might help you when you consider getting legal separation from your spouse.

What does the dissolution of marriage mean?

If you want to find out what does the dissolution of marriage means, then here’s a simple answer for you. Whenever a person feels that he/she is not comfortable with their partner and their choices and hence are willing to get separated. However, in this scenario, you have to follow the process to carry out everything legally and amicably.

The dissolution of marriage is ending the relationship by legal means. Moreover, when you file a formal request for it, the court takes it under notice and works upon it. This process completely erases your relationship with your spouse by all means. In simple terms, there’s no major difference between the dissolution of marriage and divorce – as these terms can often be used interchangeably in the legal realm.

However, it doesn’t completely take you off from the records like in the Annulment process but puts legal barriers between both the people. If you wish to end your marriage with legal formalities, dissolution of marriage is the right way.

How do you file for dissolution of marriage?

Once you have made up your mind to get separated from your spouse, you need to file a petition in the court where you state that you want to leave your partner.

While filing the case, you need to fill in the form with basic information. For example, the form will require the names, date of births, date of marriage, and if you have any child. Moreover, the most important element of that form is the reason for divorce; without it, the form would be nullified.

For specific reasons, grounds for divorce are created and your case is made stronger. However, you need to know that all states also have no-fault grounds available to end your legal marriage. Another important factor of the petition is child support, custody, and financial distribution.

What is the process of dissolution of marriage?

It is not as easy as it seems to be. The dissolution petition or papers don’t have any value until and unless the other spouse signs it. In order to file a proper case in court, the approval of the partner is necessary.

The whole process of divorce or dissolution of marriage might take some time. In this scenario, the petitioner needs to file a detailed complaint whether why and for what purpose they are asking for more time.

The process would be incomplete if the spouses are not clearly mentioning their financial status. The court needs to know how much property each partner possesses. Every tiny bit of detail about the assets and debts should be mentioned in the form.

According to lawyers, it is somewhat better to settle the case before the trial. Instead of taking the issue to the courtroom, the lawyers find better ways to solve it whether through collaborative law, negotiation, or mediation.

However, if the case is not settled by any means mentioned above, it will be taken in front of the judge in the courtroom. In this scenario, both parties will present their case along with supporting evidence and testimony to come to a conclusion.

One of the significant reasons why lawyers don’t want to take the case to the court is the amount of time. The case might take months or even a year to reach a resolution.

Is having a lawyer necessary?

Sometimes, people want to handle their cases on their own. Instead of taking the help of a professional, they run the game on their terms. Since there’s no difference between the dissolution of marriage and divorce, you should consider taking legal assistance.

According to experts, it is advised to take aid from an attorney rather than losing the case due to a lack of knowledge. It is important to understand the legislation as well as your rights. Every state follows different procedures and you won’t be aware of it without a professional’s help.

However, in some cases, the procedure becomes easier. For example, if both the partners or spouses are in agreement and willing to give divorce with the terms mentioned, there is no need of hiring a lawyer. You can solve your case by taking help from online guides like ours.

When is marriage dissolved?

Without the pure judgment given by the court, your case would still be hanging. It entirely depends on the decision of authorities on how to solve the case.

After seeing and pondering over the scenario of both sides, the judge comes to a conclusion, generally favoring one party with a stronger case than the other. Moreover, the case is settled while keeping the settlements in the judgement. For example, if the court issues that the father should be providing financial support to his child, then it would be his duty.

This procedure or practice is entirely different from the dissolution of marriage. In this case, the court clearly states that the marriage never existed. A wrong perception has been created in the minds of people that they could file an annulment if they are married for a very short span. However, annulment is only possible in the scenario where marriage was not done with legal means.

Moreover, in some states, Churches are looking after the annulment process. However, it is nowhere linked to the state laws and rules.

PrevPreviousHow to copyright a photo: Know how to protect photos you post online
NextAn overview on how to take power of attorney away from someoneNext