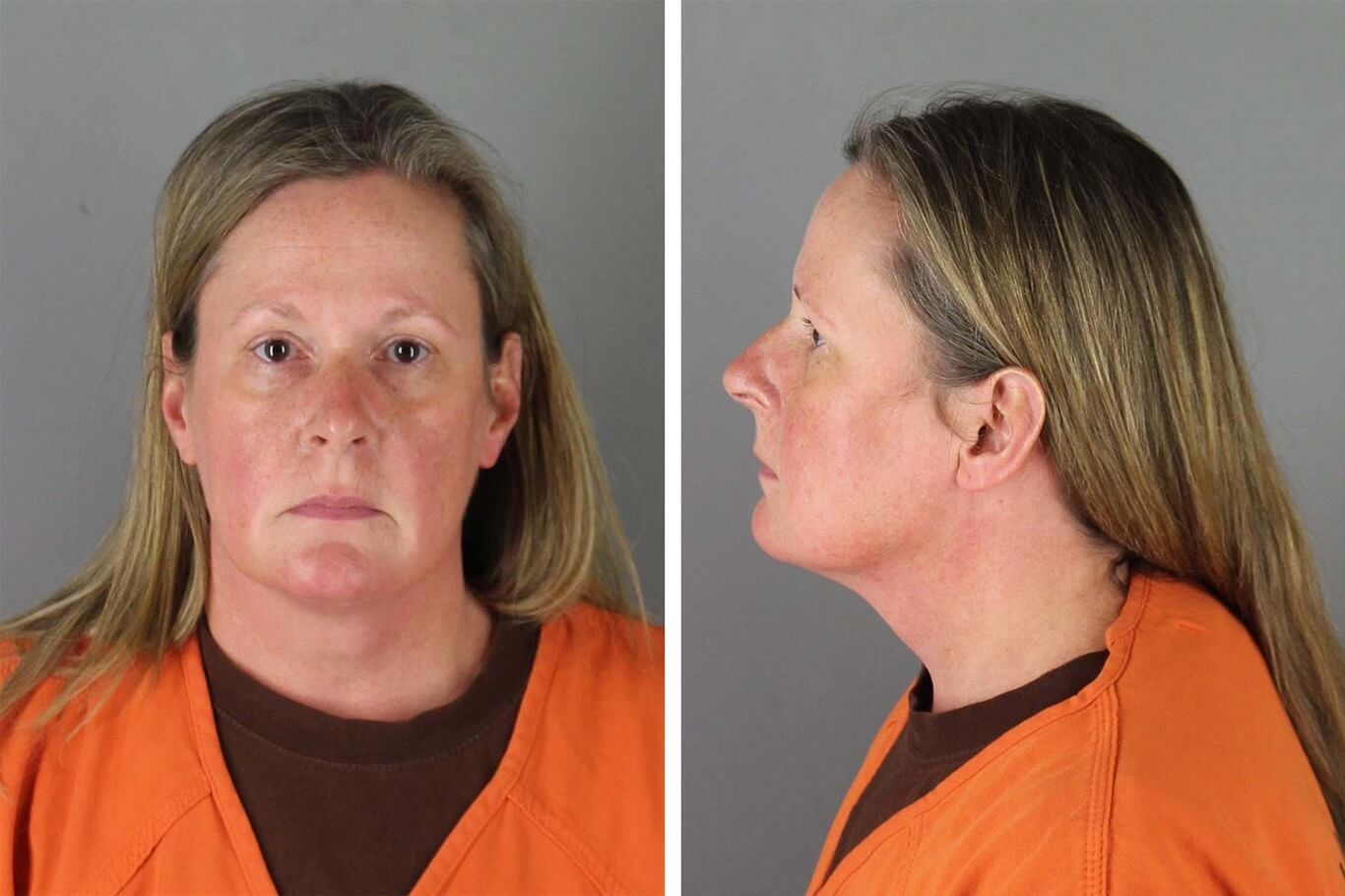 A former police officer from Minnesota, Kim Potter, white, fatally shot and killed a young black man Daunte Wright has been found guilty on two counts of manslaughter. The ex-officer appealed that she “accidentally mistook her gun for her taser” while stopping Wright during traffic.

A brass band played, people carried “Black Lives Matter” posters and pictures of Wright outside the court trial as the officer was convicted. One of the defense lawyers on Potter’s side was seen putting his head in his hands on the table when the charge was announced, but Kim Potter was seen in an unflinching stance.

The parents of Wright and Katie Bryant were emotional as they left outcries according to reports. Later talking to reporters, Bryant said, “The moment we heard guilty on manslaughter one emotions, every single emotion that you can imagine just running through your body. I kind of let out a yelp because it was built up in the anticipation.”

She also talked to CNN saying, “We still don’t have Daunte home. And this is just a step forward in the bigger issue with policing and hopefully, there has to be no more Dauntes. No more Dauntes and so many more names we chant in our streets.”

Kim Potter was found guilty on two counts of manslaughter, first and second. The maximum sentence on first-degree manslaughter with reckless use of a firearm is 15 years in prison. Potter has no previous history or criminal record, her recommended sentence is between 6-8.5 years. When jurors were deliberating over the case, a prosecutor declared Kim Potter’s actions “as tragic blunder born of recklessness or negligence”, while the defense side claimed it “as an honest mistake, not a crime.”

Minnesota Attorney General Keith Ellison joined those sympathizing with the Wright family saying, “We have a degree of accountability for Daunte’s death. Accountability is not justice. Justice is beyond the reach that we have in this life for Daunte but accountability is an important step, a critical, necessary step on the road to justice for us all.”

Kim Potter was also refused a visit back home before her sentencing, with Judge Regina Chu saying, “I cannot treat this case any differently than any other case.”