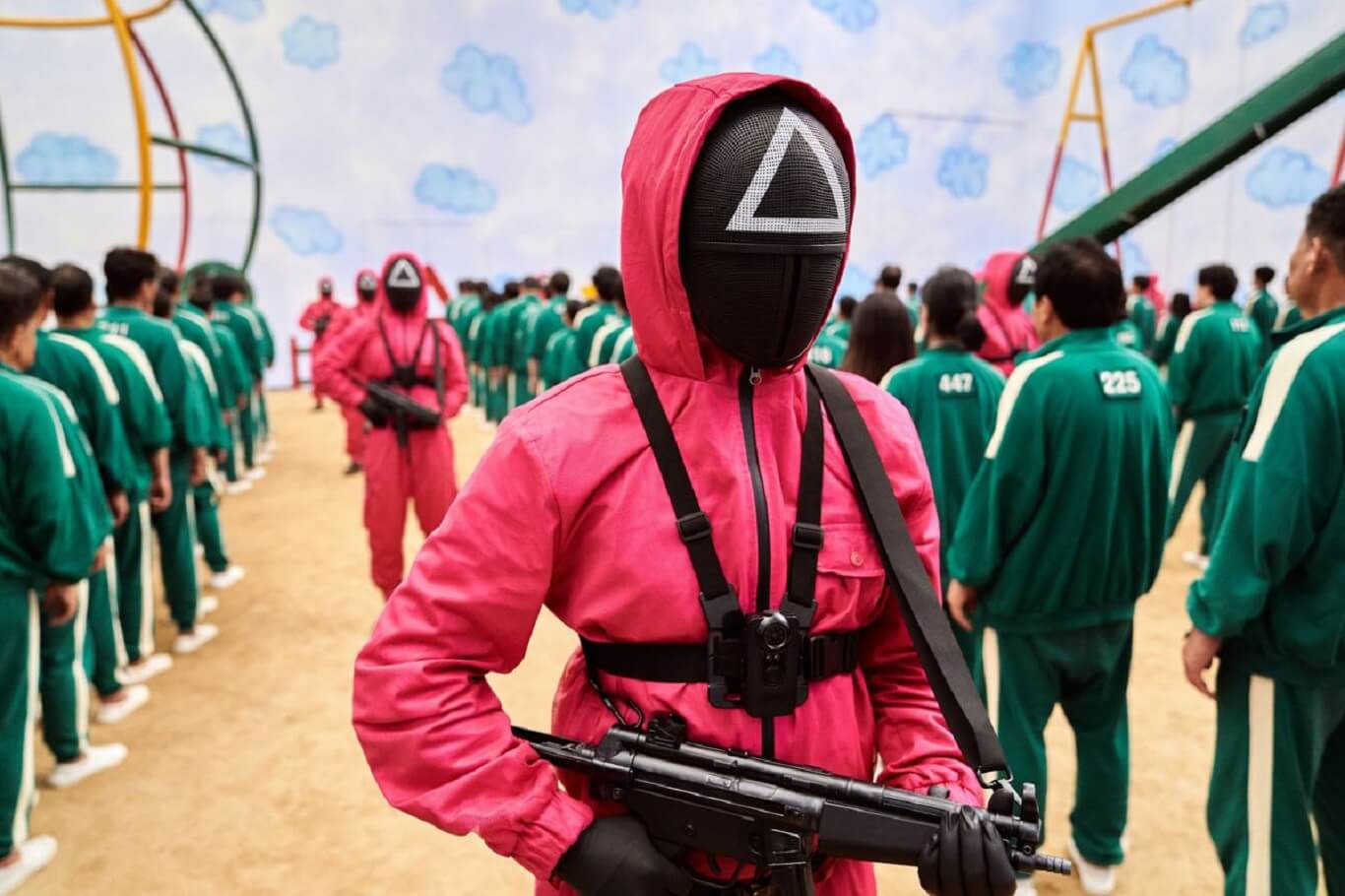 The show that soared the hype since its release has now become the reason for continuous lawsuits for the world’s second-largest traffic generator Netflix.

South Korean broadband has sued Netflix for the stratospheric popularity of the most successful show of all time from the service provider.

The SK broadband claimed that in South Korea – Netflix is the second-largest audience attractor besides YouTube and any other traffic generators like Amazon, Apple, and Facebook.

Netflix is also alleged by the plaintiff that the traffic has taken a hype 24 times from 2018 to 1.2 trillion bits per second in September’21. The claim correlates the hype with the squid games series that was released the same month on the 17th.

The internet service provider SK broadband claimed financial compensation for network access from 2018 to 2022 alone. The amount has been estimated to be around 31.55 million AUD (27.2 billion).

A Netflix spokesperson said on Friday in an interview to a news website that the allegations that are being raised against them will be thoroughly viewed and a solution will be brought out so that the customers would not be affected by any decision.

‘In the meantime, we continue to seek the open dialogue and explore ways of working with SK Broadband in order to ensure a seamless streaming experience for our shared customers.’

Netflix brought the lawsuit last year to which it is obligated to pay the provider for the use of the network. The huge video and movies streaming provider argued on the point that they primarily have no concerns with providing the network, they are only committed to produce the content and make it easily accessible for the traffic.

In the lawsuit, the Seoul Central District Court verdict against Netflix saying that the video streaming provider should ‘reasonably’ pay to the network provider for the usage. This is because the bandwidth requires to satisfy the needs of the traffic needs maintenance now and then so that the performance of the website and the streaming of course doesn’t affect.

The streaming giant Netflix appealed with the new proceeding last December claiming that it has been the reason for creating 16,000 employment opportunities just in South Korea. In the same context, Netflix put pressure on the statement saying that the jobs in South Korea will benefit its economy up to $4.7 billion in the long run.

Lawmakers from the ruling party Kim Sang-hee stated in the court proceedings that apart from South Korea’s top 10 traffic generators, 78.5% of traffic is attracted because of the presence of international content. Additionally, 73.1% earlier this year with Google-YouTube and the other one Netflix which is the reason of majority turning high the usage fees.

Meanwhile, the new series Squid games just came and got the fame since the last month globally. With which Ted Sarandos, Netflix co-CEO, mentioned that the series has a very good potential that has made it the most-watched popular show to date.

The South Korean thriller, Squid Games is a survival action-packed show was set up in Seoul. In the series, a group of 456 individuals was distributed in teams to play children’s games to win and make a lot of money. On the other hand, if you lose, you lose you could lose your life.