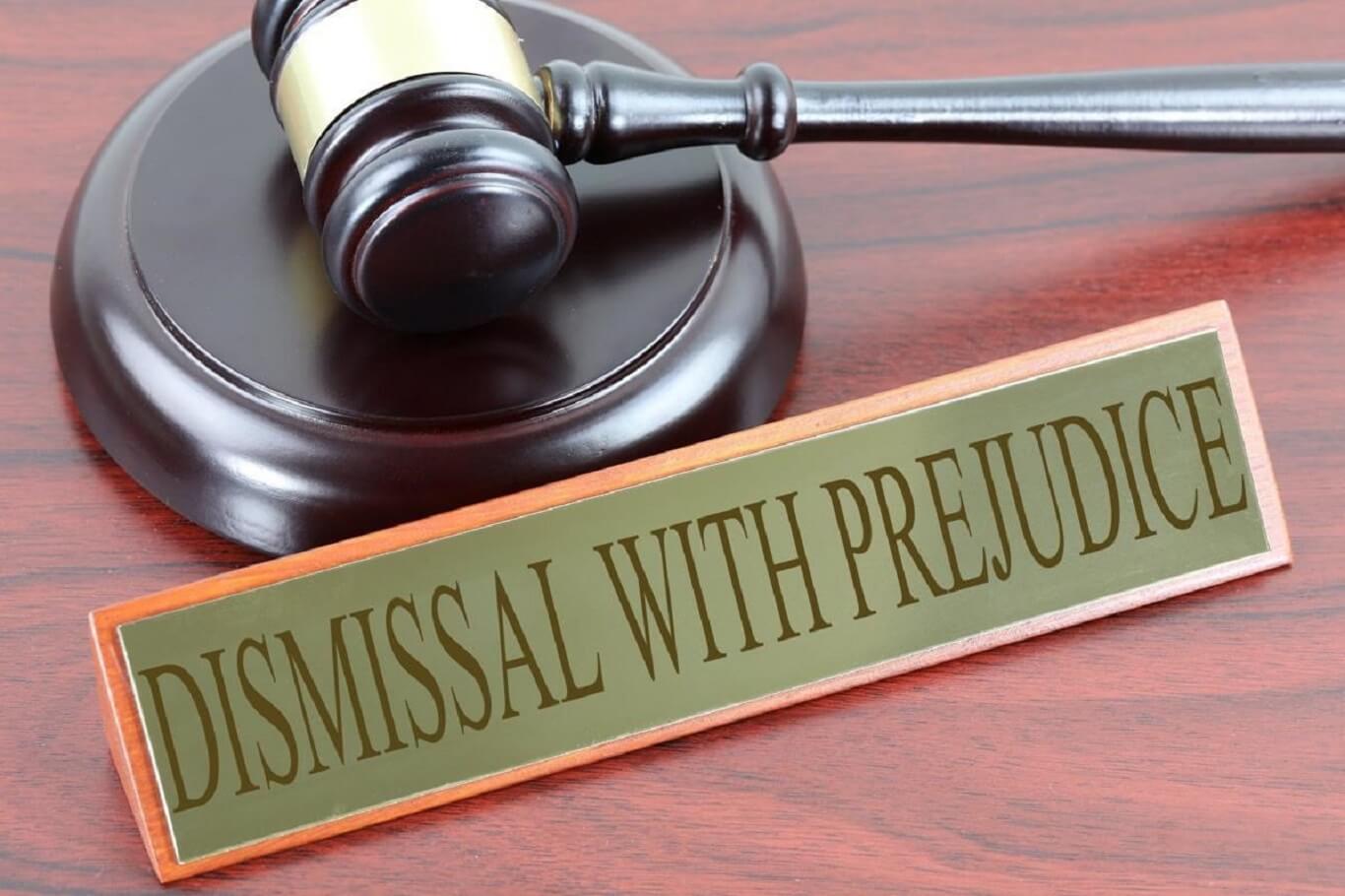 When there’s a criminal charge against you and your freedom and life are at stake, there’s nothing good than hearing ‘case dismissed’. Getting out of the charge before entering into a trial can be one of the best situations for a defendant.

Here’s what you should know.

What does a case dismissed without prejudice mean?

Case dismissed without prejudice means that a case lacks the potential evidence of the significant cause required for a criminal conviction. It also serves a meaning that a case is thrown out of the court without imposing charges on the accused/defendant.

These kinds of statements are rare but are specifically the best ones if you are accused of criminal charges due to a first-time DUI offense, theft, or domestic violence.

On the flip side, if a case is dismissed without prejudice, it does not end the case entirely. This kind of case dismissal, allows the prosecution to file a complaint even after the case is dismissed. A prosecutor can refile the case if he finds pertaining evidence associated with the case or the accused. It delays the case proceedings and the probability for a defendant to be convicted increases.

As for the cases that dismiss with or without prejudice, they are of two types;

Voluntary dismissal – When a case is dismissed by the party who brought the case either with or without prejudice is called a voluntary dismissal. It is actually in the favor of the prosecutor to dismiss the case voluntarily.

It’s on the prosecutor’s decree to dismiss a case voluntarily with or without prejudice. If a prosecutor or the party (who brought the case) landed on a resolution outside the court and there is no reason to bring the same case again in front of the court, then the case can be dismissed with prejudice.

If a prosecutor more or less does not think that the party is ready for the trial or the evidence needed for the trial is not collected till the date of the trial the court has issued, then the prosecutor also voluntarily dismisses a case.

This can be done if the judge determines that there’s no need to prolong the case or there is no reason for a case to be brought to a trial.

If the judge finds errors in the case, then he allows the parties to bring back the case with proper evidence and filing by dismissing the case without prejudice.

The case is dismissed with prejudice if the judge thinks that the case should be closed and all the aspects of the case have been discussed.

How does a motion to dismiss without prejudice works?

Through a motion, a party (prosecutor or the defense) requests the court to throw away a case. To accept a motion to dismiss a case, the court must be satisfied with the fact that the case proceedings are invalid.

The criminal case can be dismissed if:

A skilled defense attorney will find out the legitimate grounds to eliminate the charges and dismiss the case, However, there are many other common reasons to dismiss a criminal case, which involves;

Can a case be dismissed or reopened?

The case can be reopened if the error or the required evidence of the case has been overcome. On the other hand, if the case is dismissed with prejudice, the case can never be re-filed. If a prosecutor comes up with other evidence of criminal negligence performed by the defendant, then he may have to file a new case.

Does a criminal record show your case even if it is dismissed?

A criminal conviction will stay forever in your record. However, the criminal case which is dismissed without conviction can be removed permanently if additional measures are taken.

For this, you need to obtain nondisclosure or expunction. It is a legal mechanism that enables a record to be removed from the record permanently. Unless you work to get the expunction, the arrest or the conviction record will remain on the dot in the public records.

These records can eventually affect your ability to secure a home loan and attain a job and benefit from federal government programs.

If your case is dismissed with prejudice and you want the record to be removed permanently, then contact a local criminal defense attorney and know your rights. In situations where you think that your case can be reopened, make sure that your defense attorney is all prepared with the required evidence and information that he may need to confront.