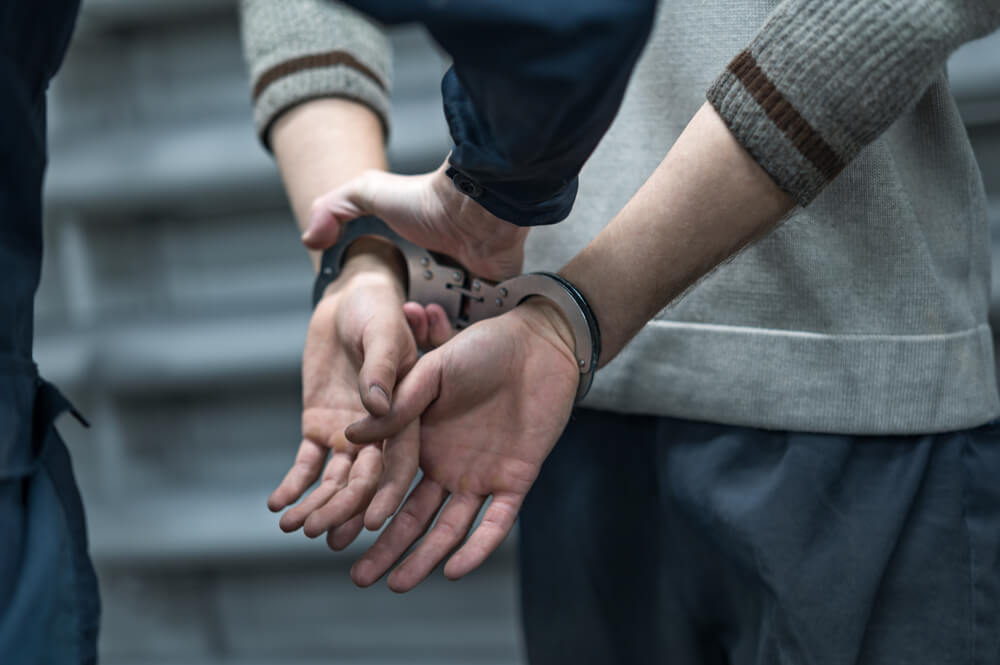 In Florida, if the police found a reasonable suspicion that a crime is committed by an individual that mainly fits the description of someone who committed the crime have right to detain the person in question.

Resisting arrest without violence is a vague act commonly performed in Florida by the on-duty officers. According to this act or offense, the officers have the freedom of charging anyone at their discretion. It is not that officers perform such actions by their choice, but it is stated in the Florida statute 843.02 which is specifically legislated about resisting arrest without violence. The legislation prohibits people from showing resistance or obstructing a police or traffic officer from legally performing his duties including arresting someone for any reason.

However, the authenticity of several resisting arrests without violence charges is not clear. This may give the prospect that the officers deliberately make an arrest under this law and exaggerate the arrest to allege the defendant.

If you have been charged with the offense of resisting arrest without violence, it is essential that you hire a defense attorney or an experienced firm and let them help you get these charges dropped or the case dismissed.

What constitutes resisting arrest without violence?

According to the Florida statute, people will face charges of resisting arrest without violence if they obstruct, resist, or go against the instructions of the officer on duty or who is appointed to execute a lawful duty. For instance, if on arrest, you feel that an officer is arresting you without a warrant, and you would say ‘You cannot arrest me without a warrant’ or ‘I didn’t do anything, you can’t arrest me just like that’. The officer will just say that you ‘opposed’ and it would be enough to press the charges for resisting arrest without violence.

In a criminal case, resisting arrest without violence is an offense that is pressed by the police at the beginning of other charges. But the court may require proof of authentication if the defendant is the perpetrator of the said offense.

The act between officer and defendant may seem minor, but when the arrest comes into action in the form of ‘resistance’ containing the illustration given in Florida Section 843.02, procedures ultimately get into intricacies. Some common examples of resisting arrest without violence include;

Resistance shown by word of mouth

According to the first amendment, speech during a lawful duty of an officer constitutes insignificant to press resisting arrest without violence charges against a defendant.  But according to Florida statute, some factors associated with hate speech can go along to be the reason for such charges. This may include;

The charge of resisting arrest without violence is a first-degree misdemeanor offense that has the potential to bring a fine of $1000 and one year behind bars or probation.

This is to note here that this is the maximum statutory fine which is mandatory for the charge but does not reflect the complete or probable conviction that may be associated with other offenses and crimes.

A probable sentence for first-time resisting arrest without violence offenders can be punishable by a permanent criminal record with the addition of a probation term. If the probation term was implied, it is likely to last up to 6 to 12 months.

If extreme circumstances occur while conducting a disrespectful execution of the defendant that resulted in the endangerment of the society or created harm on the spot, a prosecutor may seek jail time even if the defendant was a first-time offender.

The defendants with a prior criminal history of a similar offense will face even harsher penalties for the resisting arrest without violence offense. Extensive jail sentences are meant to be declared for such offenders with these kinds of extensive criminal histories.

The serious consequences of such offensive charges include strict judicial interventions where the prosecutor does not offer any mediating offer or any other type of diversion option which disposes of the case or lessens the sensitivity of the case. Precisely, this means that if a defendant is charged, he has to either litigate the case or accept the accusations and then file a plea. There may be no right for him to deny the fact that he committed the resisting arrest without violence offense as the officer on duty would be the witness. It also depends on the statements of an officer, who charged the defendant with such an offense. He may exaggerate the sequences which may bring some serious penalties.

As said that the defendant may have to accept the allegations or prosecute the case, there may be some possible legal defenses that can be used. Florida laws provide some options to fight resisting arrest without violence offenses. They consist of;

To endure the sentence against the resisting arrest without violence charge, it is a must that the defendant commits a reasonable amount of obstruction or is opposed in a significant manner. This one thing is left on the jury panel to determine with the prosecutor and the plaintiff. Oftentimes, the allegations presented by the officer do not reach the level of severity that the jury could convict a defendant.  Also, there could be not much evidence to show the resistance or the video evidence or witness statements (testimonies) other than the officer not meeting the required criteria to bring charges against a defendant.

According to Florida law, to constitute the charge of resisting without violence, a defendant must have an intent to “knowingly and willfully impede an officer in the performance of his or her lawful duties.”  Polite v. State, 973 So. 2d 1107, 1112-13 (Fla. 2007)

However, if the defendant just moved his body or showed resistance due to the discomfort, he may have been facing due to an evident injury or tensed his arms or wrist due to the pain initiated after being handcuffed – this cannot be sustained as evidence of being charged for the offense.

Also, when an officer accuses a person of ‘resist’ a person, the officer should be lawfully observing his legal duty. If he’s not on duty or it’s not his duty at the place, he cannot bring charges against someone.

Therefore, according to Florida courts, even if the officer is speaking to a person to take information about a particular incident, providing false or misleading information in this state will not take into account a charge of resisting.

Florida law also protects the defendant to resist without valance against the officer when there’s no legal obligation for detention. This means whenever a person or defendant resists his arrest without making violent actions against his arrest, assuming that there is no reason for the officer to arrest him, he can raise his right.

Why would the officer detain a person when there’s no reason for detention? This kind of situation arises when a police officer confronts a suspect deprived of probable cause. The lack of reasonable justification for the officer holds him from detaining a person or bringing charges against the reasonable evidence of detention.

Police actions while being on duty

A charge of resisting arrest without violence can also be defended if the defendant resisted where the officer is engaged in such activities that are not part of his legal duties.

For example, if a person who knows another individual acting like an undercover officer attempts to lure two female prostitutes to sit in the car. On recognizing the officer, the defendant came to females and told them ‘He’s a cop, don’t sit in the car’.

On-the-job activities are defined by the laws in every state and officers on duty have to follow them as they are. Engaging in such activities that are not listed and as a result, the arrest made under the ‘resist’ attempt will not stand.

The Fourth District would determine whether the defendant has executed the offense of ‘resist’. This is because the officer was not lawfully arresting the defendant when the said obstruction or resistance was made. The law protects the defendant by mentioning the ‘lack of formal detention’, which means that the officer’s actions were merely on the job and they were not according to the ‘lawful application of the legal duty’.

Another defense that can be used in the defense of a resisting charge is excessive force. However, a simple arrest may not have to witness resistance no matter if it is made lawfully or not. Any excessive force that accompanies the officer may instigate the act of resistance.

Therefore, the tensed arms, pushing of officers, turning heads away, or sometimes fighting back can be justified in limited circumstances when it depicts that the inappropriate actions were made to detain the defendant which was not necessary. In these types of cases, the defendant can be defended under excessive force law. The court can also take action to cross-examine the prior history of the officer for detaining and charging individuals for the same or other charges.

Awareness of the Officer’s status

In order to get detained or charged, the defendant must be aware that the arrest is made by an officer by law. Lack of knowledge of the status of an officer often comes under the defense. This happens when an officer acted as an undercover agent, performing duties in plain clothes, or as an unmarked officer.

Failure to illustrate the detention

In such a way where a police officer charges or detained the defendant can also fall for probable defense against the resisting arrest without violence charge. For instance, whether the officer tells the accused why they have been detained?

Florida statutes require an officer to maintain a level of recognition by telling the defendants the reason behind their arrest. On the other hand, if the officer fails to advise the accused about the arrest, it nullifies the charge and makes the arrest illegal. However, if the defendant showed resistance, then the jury will also find the defendant’s actions reasonable and lawful making the attempt to resist rightful.

Resisting arrest without violence charge can be a serious offense and can bring serious criminal charges. These serious charges can only be defended if you have the knowledge of your probable defenses that can be raised on factual and legal grounds.

It is always important to hire an experienced attorney before accepting the charges and waiting to file a plea. Consulting an attorney will make you qualify for the best legal course of action to apply in such cases.

PrevPreviousDo Arrests Show up On Background Checks when Looking for An Employment? A 2022 Updated Guide
NextWhat is domestic battery meaning? How severe can domestic battery charges be?Next