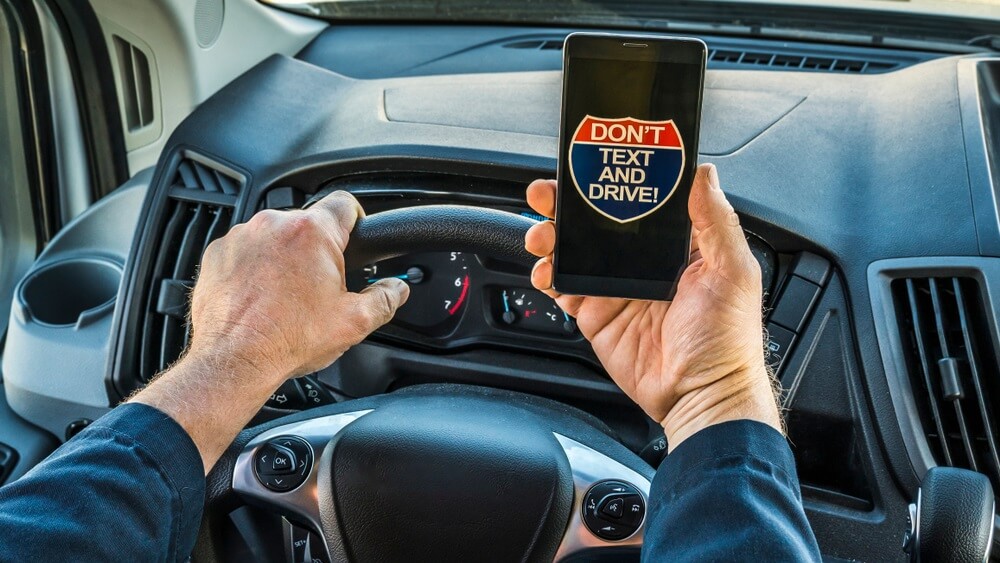 Cell Phones have become an important part of our lives. We use cellphones for different reasons like accessing social media, planning our day, texting, calling, and much more. It’s like life is incomplete without a cellphone. People can forget their lunch at home but not the cellphone. But unfortunately, people are so addicted to it that they mostly choose the wrong time to use their cellphones especially, while driving.

People tend to indulge in multitasking – doing two or more things at a time – but they tend to ignore that we put the safety of ourselves and others at stake, just because we don’t want to put down our phones. 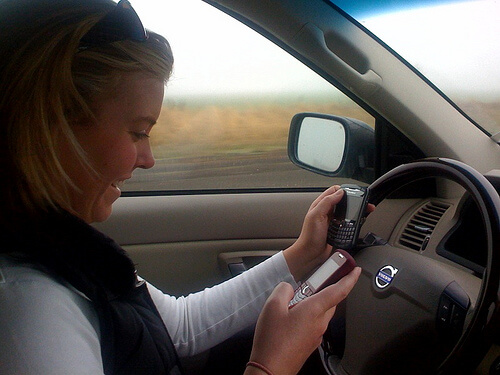 It takes less than 5 seconds to get distracted from a cell phone ringtone while driving, and that is the moment when most of the accidents happen. Research by Carnegie Mellon says that using a cellphone while driving decreases total brain activity by 37 percent. That’s because you drive with one hand and that distracts your attention from the road, also when you use Bluetooth devices you are likely to pay less attention to your driving. A study in 2006 done by the University of Utah found that drivers using cellphones while driving pose the same threat as drunk drivers.

Virginia Tech Transportation Institutes (VTTI) states that it takes only 4.6 seconds to receive or send a text message but, several things can happen in 4.6 seconds if your eyes are off the road. You are putting everyone around you at risk including yourself due to being distracted by texting and its visual effects. VTTI also said that the risk of crashes increases by 23 times when you are texting while driving against when you drive with absolute focus on the road.

Stats about crashes due to cell phone use

Stats show that distracted drivers get into 16% more fatal accidents when they are driving with a focus on any object, person, event, or task that ultimately reduces their attention, awareness, performance, and decision-making ability. Most drivers under 20 years of age are more inclined towards cell phone addiction and distracted driving.

The number of cellphone subscribers in the U.S. was 109.848 mln in 2000 which reached 404.57 mln in 2019. That is the reason behind nearly 80% of the accidents and 65% of the near-crashes were somewhere connected to the driver’s distraction within 3 seconds mainly because of the usage of cellphones while driving.

In order to cut down the rate of distracted driving accidents around the state, many local governments and states have taken action. According to the Insurance Institute of Highway Safety Florida, Hawaii, South Dakota, Arizona, Montana, and South Carolina are the states where they don’t have full or either partial ban on texting in any place. On the other hand, the District of Columbia along with 10 states have banned texting while driving on handheld devices. Many cities, like Michigan and Troy, have implemented distracted driving laws that restrict drivers to engage in activities that can distract them from driving safely.

Caught using a cellphone while driving

After all these stats about the distracted driving accidents, a law from July 1st this year has been announced, that states that if you or anyone caught using a cell phone for texting, calling, watching videos, using social media, or surfing the internet while driving, will be charged with $1,000 fine along with four demerit points.

Under the new law, a driver can use a cell phone for texting, calling, making podcasts, or asking for directions, but only using voice commands or by the text-to-speech option or any function without holding the cellphone in hand.

You cannot hold your phone for any of the reasons including watching videos, using a cellphone for making videos, taking pictures, Snapchat, gaming, or looking for the videos and pictures in your cellphone while driving. You are only allowed to have your cellphone in hand in case of emergencies, for taking assistance in an immediate threat to safety or life, and it is just allowed for the authorized vehicles that are performing official duties.

You can also look for the new law for using cellphones here to get a better understanding of when you are allowed to use your cellphone while driving, what are the constraints identified by the government to use the cellphone.