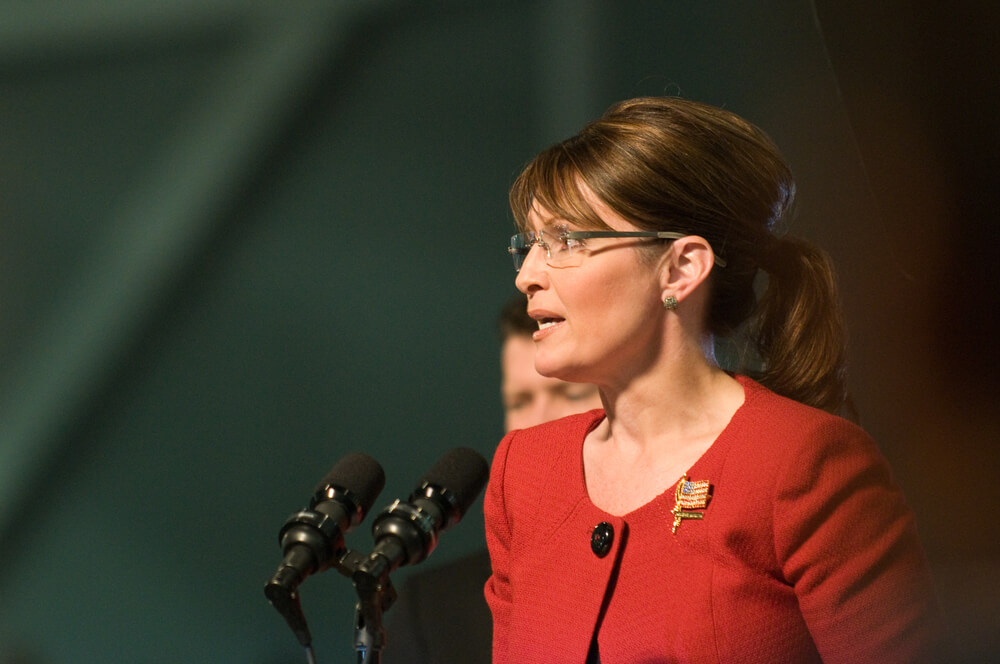 Sarah Palin, a former Alaska governor, showed herself as a dedicated public servant in her defamation lawsuit against the New York Times where a 2017 editorial mistakenly linked Arizona republicans for the 2011 mass shooting according to Reuters.

Sarah Palin, the US Republican VP candidate for 2008 appeared on the witness desk in the Manhattan federal court on Wednesday, Feb 9 where the prosecution spoke with her for roughly fifteen minutes.

On the other hand, James Bennet, New York Times former editor already has testified earlier that the draft which was corrected later was not meant to hold Sarah Palin liable for any of her political actions or her committee for the mass shooting that happened in 2011.

Bennet denies this when David Axelrod, the NY Times’ lawyer asked ‘Did you intend to cause Ms. Palin any harm through any of your edits to the draft?” during the fifth day of the defamation lawsuit at Manhattan court.

He added that he made corrections to his publication quickly when the editorial started receiving severe criticism as his words depicted blame to the former governor.

Sarah Palin, 57 discussed her family, life background and the time she was chosen as the nominee for Republican President by John McCain in 2008 standing on the witness stand.

“I don’t think they were prepared for me, necessarily, because I was new to the national stage,” Palin said.

“But it was an amazing experience … to travel around the country and meet so many amazing people, and to see the beauty of America and offer myself up in the name of public service at that level,” Palin added.

The trial, however, is a longstanding legal protection test for the US media for any defamation claims filed by public servants.

Besides, to win the case, Palin must prove that the former editor Bennet and the editorial media The New York Times deliberately performed ‘actual malice’ this means that they knew the draft was based on unrealistic truth but they recklessly disregarded and published it.

Sarah Palin sued the publication over an editorial with the headline “America’s Lethal Politics,” that discussed weapon control and lamented the US political discourse.

The editorial was made after the Virginia Baseball field mass shooting where a Louisiana Republican, Steve Scalise, was injured.

PrevPreviousViolence Against Women Act reached a bipartisan renewal after Angelina Jolie teared up talking about it
NextPonzi scheme vs pyramid scheme: Which one is a better option?Next