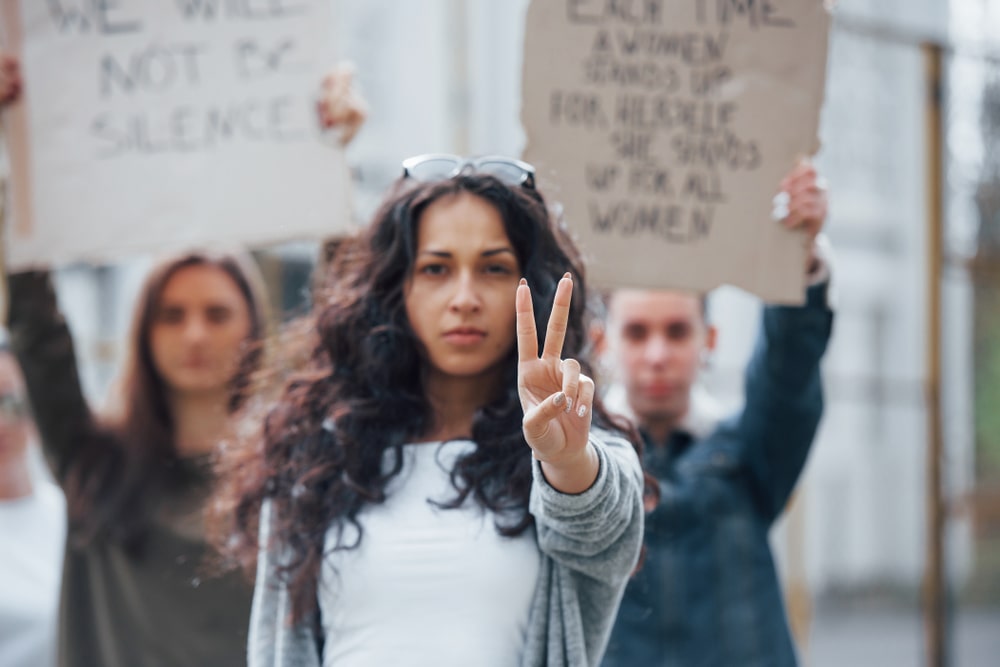 Actress and humanitarian known for her vital role in social justice issues, Angelina Jolie gave a heartfelt speech beside Congress members at Capitol Hill in support of renewing the Violence Against Women Act. Hours after the speech, Democratic and Republican members of Congress worked together to renew the law in order to protect domestic violence survivors.

On February 9, 2022, Angelina Jolie stood beside both sides of Congress Members and tearfully said, “Standing here at the center of our nation’s power, I can think only of everyone who has been made to feel powerless by their abusers by a system that failed to protect them.”

She further added, “The reason many people struggle to leave abusive situations is that they have been made to feel worthless. When there is silence from a Congress too busy to renew the Violence Against Women Act for a decade, it reinforces that sense of worthlessness. You think I guess my abuser is right. I guess I’m not worth very much.”

The National Coalition Against Domestic Violence (NCADV) writes according to the CDC’s National Intimate Partner and Sexual Violence Survey (NISVS), 1 in 4 women and nearly 1 in 10 men have experienced contact sexual violence, physical violence, and/or stalking by an intimate partner during their lifetime and reported some form of IPV-related impact.

The above stats are just about Intimate Partner Violence, which does not cover the scope of overall domestic violence that survivors face at the hands of family members, the numbers are even higher and scary.

“That’s why passing this law is one of the most important votes US senators will cast this year,” said Jolie. The Act was first sponsored by Biden in 1994 when he was still a senator, it expired at the end of 2018. A year back, representatives came to an agreement with a 244-172 vote in favor of renewing it but it got delayed due to disagreements between the two sides over guns and trans rights.

Fortunately, the bill has come close to fruition as soon after Angelina Jolie gave her emotional speech, Dick Durbin and Dianne Feinstein from the Democratic side and Senators Joni Ernst and Lisa Murkowski from the Republican side gave a joint statement that a compromise to green-light the bill has been reached.

President Biden meanwhile said he felt, “grateful that this critical bipartisan bill is moving forward, and I look forward to Congress delivering it to my desk without delay.”