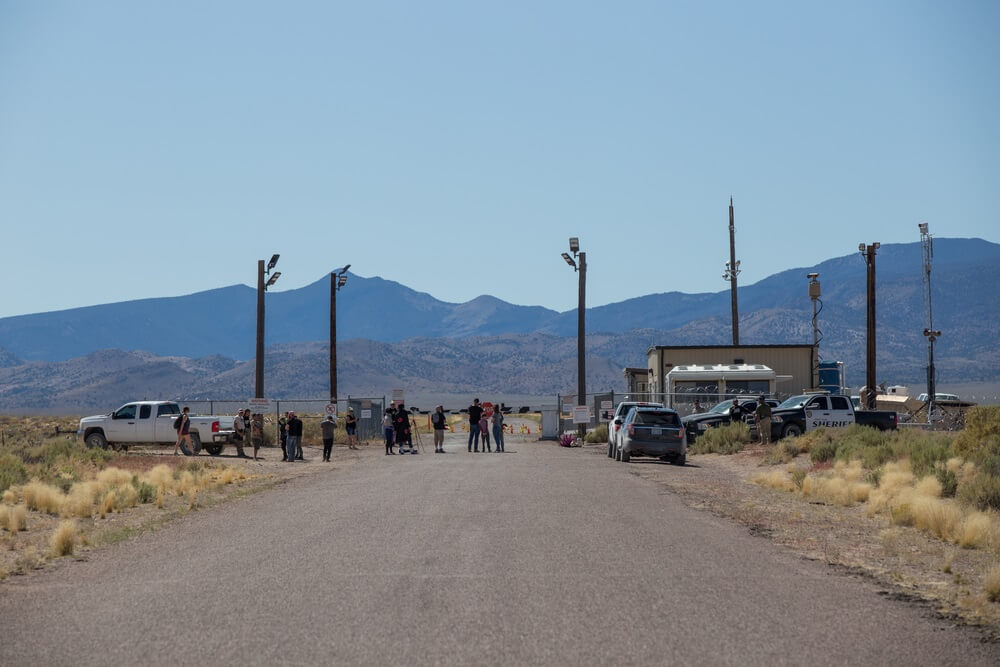 Las Vegas might be a famous destination for fun and gambling in popular culture, but there is more to this western city than what you see in films and television. In fact, not just Vegas, but Nevada as a state has some extremely funny laws that will make you wonder about their authenticity for a moment. However, you might be surprised to know that the weird laws in Nevada mentioned below are actually listed either in its statutes or on the books of one of its cities.

May is the prehistoric camel awareness month

Calling it Camel Awareness Month might be a bit of an exaggeration, but the actual law is still all parts bizarre. May is declared as the Archeological Awareness and Historic Preservation Month in the state of Nevada. During this month every year, the governor makes an official announcement instructing everyone to preserve the finite resources that are hard to replace and maintain the sites that hold a historic significance.

Amongst these sites, Tule Springs are one of the most valued locations in Nevada. The fossil remains found here indicate that the region was home to several animals such as horses, mammoths, ground sloths, and American camels. This is exactly where the law got its name from. After all, paying homage to these camels is a sign of respecting the prehistoric era, isn’t it?

You might be further amused by the fact that Nevada also celebrates Paleontological Awareness Month in April, however we will leave that discussion for a later period.

Age of consent varies for humans and animals

The city of Las Vegas has a hilarious rule mentioned in its Municipal Code: The Age of Consent varies for humans, dogs and cats. Whereas devising a law for the species mentioned first amongst the trio does make sense, we cannot help but wonder how many of the dogs and cats will abide by the regulation. Nonetheless, the legal age specified for both these animal species to qualify as adults is above 4 months.

Humans, however, might consider themselves unlucky because the Age of Consent specified for them in the Nevada Revised Statutes (NRS) is 16 years which may seem a lot as compared to their furry friends. However, on the bright side, the state of Nevada has an exception for juvenile teenagers. They may indulge in sexual activity if their counterpart is at least 18 years of age. A restriction regarding this flexibility is that the younger partner must not be as much as 4 years junior to the older one.

This conditional approval for consensual sex in Nevada is also referred to as the “Romeo and Juliet exception.”

No hula hoops or unicycles allowed on fremont street

Fremont Street is a location that is highly popular amongst residents of Las Vegas. The pedestrian mall over here offers a lively ambience similar to that of a carnival. Its breathtaking light show is particularly talked about throughout the town. However, a strange law listed in the Las Vegas Municipal Code restricts taking or using hula hoops with a diameter bigger than 4 feet on Fremont Street. However, an explanation for this seemingly weird rule was given by the Las Vegas City Council in 2010 which stated that hula hoops could obstruct the traffic of pedestrians on the busy street.

Maybe it is for this very reason that the law also restricts the use of unicycles, in-line skates, roller skates, skateboards and even shopping carts in this location.

No cursing or swearing in public

Did you know that swearing publicly is prohibited in Las Vegas under the city’s municipal code? This means that one would need to control their anger and hold back their tongue when out in the streets, alleys or in the communal areas.

If you are wondering how residents of the city survive with this rule, the answer is that luckily it hasn’t been enforced since a very long time.

No chairs out on the street

Amongst the list of weird laws in Nevada, you will definitely find this one amusing. Placing any permanent or temporary seat such as a chair, bench etc. on the streets without prior written approval from the city council is not allowed in the premises of Reno. Not only this, but the law also forbids any seating arrangement on pavements and alleys.

Your horse must not gallop or canter

If you are fond of horse riding and a resident of Reno, you might be disappointed by this law. It prohibits riders from performing the fast traits of canter and gallop which they usually fantasize.

According to the Reno Municipal Code, horses must always be made to walk within the city premises. The only exception is when an intersection needs to be cleared at which point just trotting is allowed.

Steer clear of the doorways

Obstructing pathways, entrance and exit routes is understandably unethical. However, did you know that sitting at a building’s entrance might even be illegal?

This is the case in Reno where the city’s municipal code bars individuals from lying down or sitting at entry points or gateways of buildings that specifically prohibit such activities via posting signs or notices asking people to refrain from such practices.

The only exception is in the case of a medical emergency, e.g. when a person faints.

As strange as it may sound, the state of Nevada has defined legal and illegal quantities of drugs that can be consumed prior to driving.

Many may find it odd that the state has set acceptable limits for the amount of drugs that can be consumed prior to driving.  In a nutshell, this law is unique because it makes Nevada the only state to have quantified benchmarks with respect to drugged driving while all other states have to judge cases based on the substance’s impact on one’s driving ability. Although the latter is not completely ignored in Nevada, and a person with lower than the specified level of drugs may also be convicted subject to certain conditions and circumstances. However, when talking about weird laws in Nevada, the fact that NRS explicitly mentions allowed limits for substances like Marijuana does stand out.

Although these laws may make your ears stand or cause you to roll in fits of laughter, awareness about them is essential so as to protect yourself from any unfavorable consequences.

PrevPreviousHow to file defamation lawsuit? Here’s how you can do it
NextShould I answer EEO questions and how do they impact me?Next