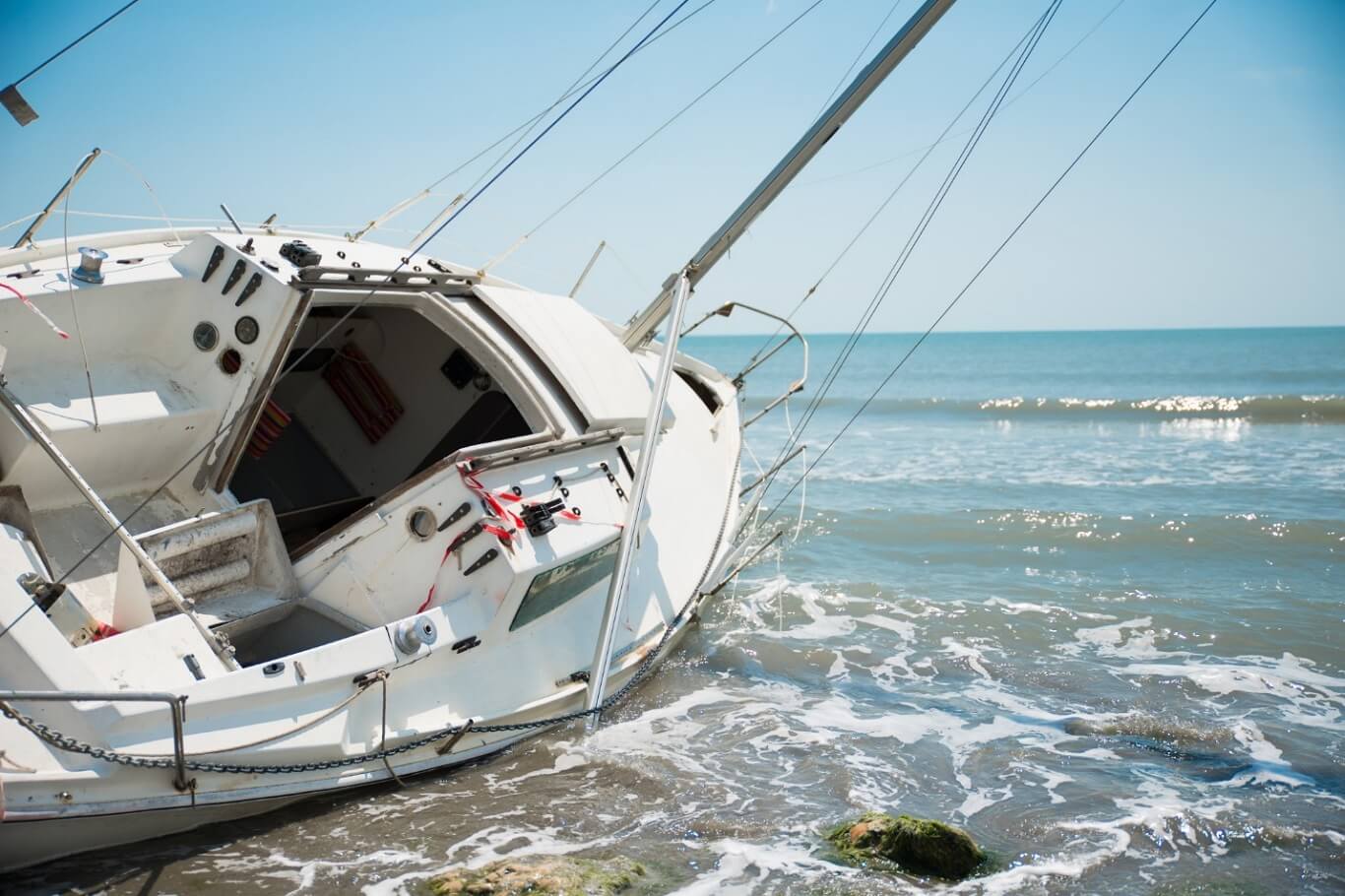 If you or your loved one has ever been injured in a boat accident, then filing a boating accident lawsuit would help you get compensation for your damages. The article translates the crucial things that you would need to be aware of whenever there’s a boat accident injury claim for suitable compensation.

According to the law, failing to act with reasonable care falls under negligence. This makes reasonable care a key factor when it comes to taking preventable measures while boating.

If you or your loved one received injuries while traveling on a sailboat or motorboat, you have to prove in court that third-party negligence became the reason behind your damage/injuries. Once you prove that the third party is liable, only then you will receive financial compensation for lost wages, pain, and suffering, medical costs, etc.

Also, it’s the first duty of your injury lawyer to prove that another person or party failed to comply with the act of reasonable care that resulted in a boat accident that caused you injuries directly.

Knowing the reasons and causes behind the boat accidents on water entails a better understanding of how a personal injury claim would work. Later in the article, the most common reasons for boat accidents are listed, where (depending on the circumstances) another boat operator may become responsible for most of the situations.

It is one of the commonest reasons for boat accidents not to assign a boat lookout. This kind of negligence leads to hitting the boat with anything in the water or to another boat.

A boat operator must need to be vigilant and aware of the water conditions or anything around the watercraft according to law. If your boat operator or another boat’s operator is not attentive enough and they hit each other causing you injuries will result in a boating accident lawsuit.

Just like a car, a boat should maintain a moderate legal speed. This will automatically prevent the boat operator to reach near other boats on the watercraft whilst preventing possible damages. In situations where your or another boat’s operator is speeding beyond legal limits, then injuries can happen to lead to a personal injury lawsuit.

According to the US coast guard, the experience means a lot in boating. The boat operator should know the basics of boating and important navigation rules. Inexperienced boat operators are the main reasons behind most of the boat accidents in watercraft. They also lack the decision when there’s a need to handle an emergency.

Boat maintenance is similar to car maintenance. Before taking the boat into the water, an operator should make sure that boat is equipped with useful equipment and is safe for everyone. Failure to have the equipment when it is needed resulted in major accidents.

BUI – Boating under the influence

On boating language, wakes are the water disturbance that occurs when a boat passes. A large wave near to your boat can cause damage when another boat passes and can cause real injuries as well.

It is your attorney’s job to prove that the operator of your boat was particularly negligent and falls under one or more reasons from the above circumstance. If your attorney becomes successful in proving, then you may be entitled to have compensation for your injuries.

Similar to road accidents, when there’s a boat accident a boat operator under the law must file an accident report. This becomes a liability when there’s an injury or property damage is involved.

A 32-year-old Ms. Isabelle Florentine, went out to Lake Lanier on September 2, 2019, with some of her friends. It was Labor Day and weekend so one of her friends booked a pontoon boat for the friends to enjoy. The boat was equipped with a water pump, onboard generator, waterslide, and other equipment.

Isabelle told the law firm that she and her friends enjoyed the boat while going down the slide and swimming at the boat perimeter. Isabelle and one of her friends Jessica Potter remember hearing a whining noise while swimming using the slide near the boat. Upon asking they were told that the noise was coming through the onboard generator and the water pump that keeps the slide wet when in use.

They thought that it is safe to slide as the onboard generator is working that would keep the slide wet. Jessica went down while Isabelle followed. Unfortunately, the boat operator under the influence of marijuana and alcohol turned the propeller on and backed the boat. Isabelle saw the boat bearing coming down on her, she couldn’t get much time to escape and the bearing hit her and her leg was struck by the propeller.  The spinning steel of the bearing and propeller took out her flesh, chopped her skin, muscle, and bone. When she was finally taken out from there she realized that she could not feel her leg.

The horrific scene created chaos. Jessica and other friends helped her get out of the water when she was bleeding profusely. The emergency medical officer took Ms. Florentine to the nearest hospital where they found out that a part of her leg was destroyed. The bones inside the flesh of her lower part of the leg were presenting the stack of unbundled sticks. The doctors then immediately took her for surgery where they amputated her leg below the knee.

How Isabelle got justice

Isabelle hired the law firm who helped her compensate for the damages and injuries she received from the injury where the boat operator was responsible. Isabelle received the compensation of $3.97 million against her pain and suffering when Jessica testified to the incident as the living witness.

The case showed how it is important to have an experienced defense attorney at your back to get compensated for your damages.

Another boating accident lawsuit was filed against the Shark Tank star’s wife when she was allegedly involved in a boat accident that left two dead after a horrific boat accident in Ontario, Canada. The families of the deceased are asking for a $2 million compensation amount after filing a wrongful death lawsuit.

Mrs. O’Leary was alleged to have alcohol traces in her breath just after the accident. Like most of the states in the United States and many other countries of the world, Canada also regulates alcohol regulation for boating.

Although she claimed that she only had Vodka after the accident not before getting on the boat when the Breathalyzer revealed that she had alcohol.

Linda O’Leary is now behind the bars facing 18-month incarceration for the charge of deaths of two boaters while she was under influence. The police stated that she was not inebriated when the accident happened but she had alcohol after the accident which reduced her sentencing and charges.

When one of the victim’s family came to know that she would not be charged with the death sentence, they filed a boating accident lawsuit against her. They are now seeking liability compensation of $1 million under the Marine act. They also have filed a $3million lawsuit against another boat involved in the accident.

On the other hand, O’Leary is blaming the boat operator for the additional lawsuit. The verdict on the claims is yet to come. If the plaintiffs proved 1% liability of the defendants, they would get the compensation and vice versa.

PrevPreviousNolle Prosequi: What Does Nolle Prossed Mean in a Criminal Case?
NextGeorgia felon accused of shooting two deputies is incarcerated after nearly a week-long manhuntNext