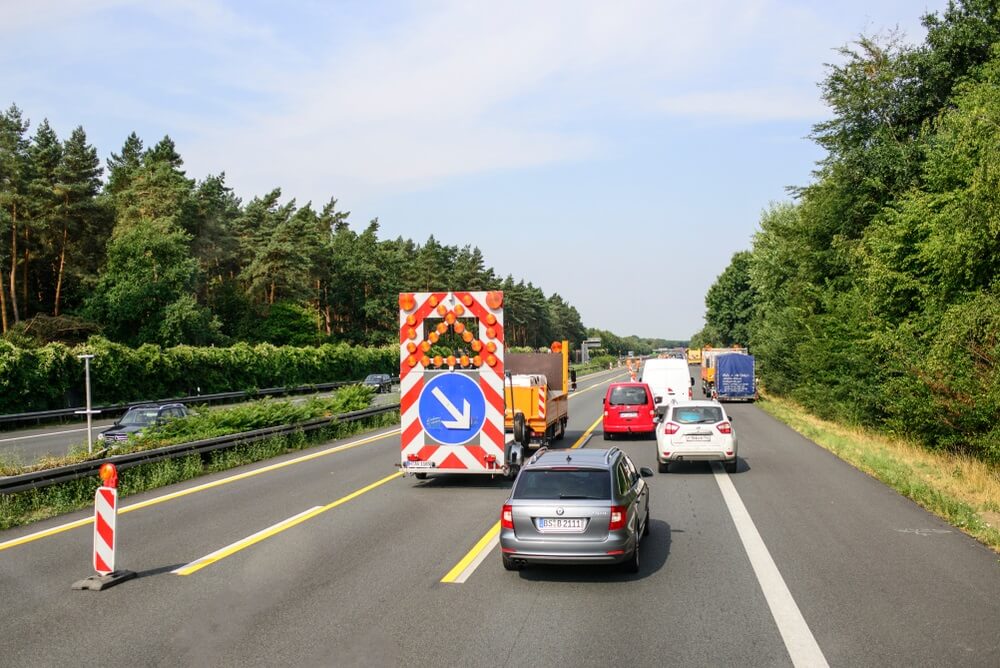 Back in 2004, the highway named Katy Freeway was known as the second-worst bottleneck highway in the United States. Due to people using it as their daily route for holidays became the reason for traffic congestion.

Every year, an estimated 25 million hours of human beings were wasted on this track due to severe traffic jams. Could you imagine what big shame the state of Texas was going through? Well, it was testing the patience of every driver who was stuck on that highway. Moreover, wastage of time was affecting the economy as well.

On the other hand, the United States government did invest 2.8 billion dollars to stretch the road up to 28 lanes. However, did the approach work?

There was an increase of 50% in the vehicle on the road. Regardless of the size of the road, certain human errors are impeding traffic.

In this article, we will understand the reasons for traffic slowing down and how it can be conquered.

What are the reasons for impeding traffic?

Whenever you are on the road, you will encounter people with different driving experiences. According to them, they might be right. However, there is a very less population who believes and admits their mistakes on the roadway.

These are a few of the reasons why people have to stick in traffic for long hours;

Are you aware of the fact that just like speeding charges, a fine can be imposed on you for driving slowly? The reason being, whenever drivers slow down their vehicle due to invalid or irrational reasons, it certainly stops the flow of the traffic.

Every road has a slow lane. Drivers who tend to ride at a low speed are suggested to use that lane so that traffic congestion can be avoided.

One of the main reasons for driving slowly could be the weather conditions.

A turnout is the marked paved way, which you will usually find on the two-ways highway. Are you willing to drive slowly? Kindly, choose to use turnout and maintain the flow of traffic.

People usually don’t make use of turnouts which eventually results in traffic jams. As the cars that want to pass are unable to come forward, and the number of vehicles on the highway increases.

How to avoid impeding traffic?

The United States government should create certain rules to avoid unnecessary traffic jams and save the valuable time of human beings.

These are a few steps that the government can follow to maintain law and order on the most used roads of America.

Just like in every nation, every human being knows that whenever he/she gets off from the office, they need to use the highways as their way of commuting. To avoid the rush in the main city, people prefer taking highways.

However, as everyone is on the bridge so again it creates traffic congestion. A fine example could be Stockholm, where the government was charging a minimalistic fee of $2 from the person who chooses the highway to travel.

The fee was pretty less but was effective enough to diversify the traffic towards the other routes.

Minnesota and some of the other states have been sensible enough to install ramp meters on their busiest road.

Ramp meters can prove to be an effective way of dividing traffic during peak hours. The main purpose of it is to pass one vehicle every 5 to 6 seconds. This creates room for drivers to ride at an optimal speed instead of receiving horns from the cars at the back.

This way the huge number of vehicles present on the road is minimized. With the timed entry system, the flow of traffic is maintained.

A quick fact: The number of accidents decreased by 26% on the highways after the ramp meters were installed in Minnesota.

Americans laugh while thinking about roundabouts on the road. However, according to the experts, there are effective ways to lessen road incidents.

Roundabouts might not seem like the perfect solution, nevertheless, they are efficient enough to maintain road discipline. Even if a single roundabout is created on the busiest roads, it can control over 800 cars per hour.

Every driver wishes to ride in a safe environment, instead of meeting the worst road accidents. However, it cannot happen until effective measures are taken by the government of the United States.

With the growing population, car manufacturing companies are producing more vehicles every day to meet the demand of the people. On the other hand, roads are not built on the same number. This way it would create more traffic congestion.

If the methods mentioned above are applied it might help the government to reduce traffic jams.

PrevPreviousWhat does it mean to commute a sentence? Understand the benefits and consequences
NextArbitration agreement: Be careful before you sign it!Next