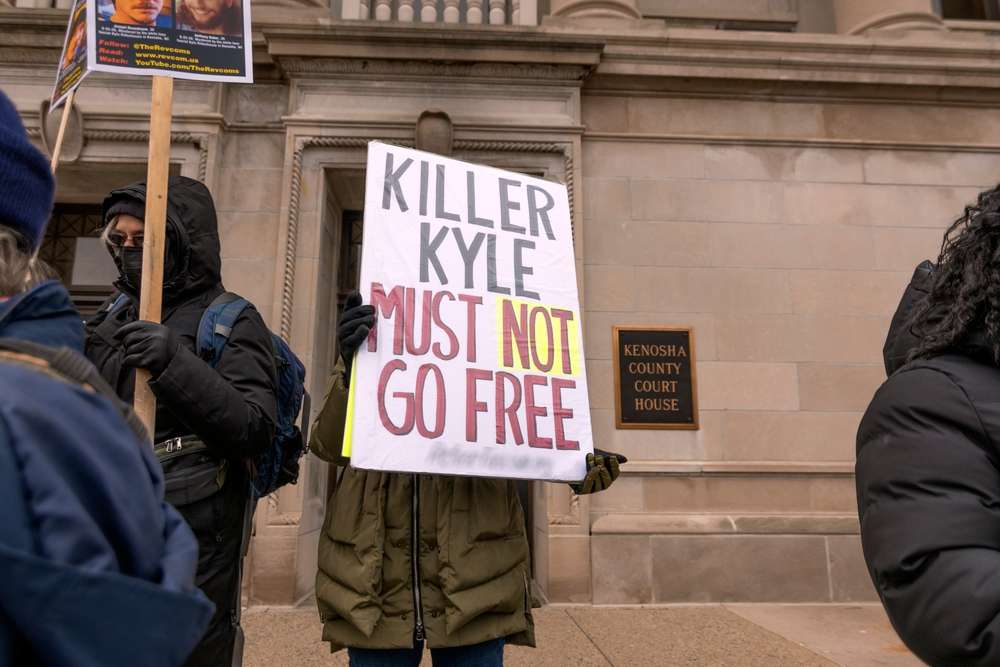 Closing remarks by both sides of the Kyle Rittenhouse trial have been made and the result for the case now lies with the jury. Now is a good time to visit what led to such a high-profile case, and what are the charges levied against Rittenhouse, including the one that was dropped by Judge Bruce Schroeder.

Kyle Rittenhouse is an 18-year-old teenager who brought a semi-automatic rifle to the streets of Kenosha, Wisconsin amid widespread Black Lives Matter protests that were happening after Kenosha Police Officer Rusten Sheskey shot a 29-year-old black man, Jacob Blake, seven times, leaving him with life-threatening injuries that led to him not being able to walk normally for a year.

Rittenhouse is an Antioch, Illinois resident who was visiting Kenosha, according to his defense, around the time protests after Blake’s shooting started in the city. Two days after he arrived, a friend and Kyle Rittenhouse went to volunteer with a first aid kit, and his semi-automatic rifle, where protests were taking place. During this “volunteer” time, he ended up shooting Joseph Rosenbaum, Anthony Huber, and Gaige Grosskreutz, killing the first two, and wounding Grosskreutz.

Rittenhouse’s defense attorney argues his client did what he did in self-defense as he was trying to help his community but ended up getting into a life-threatening situation with aggressive “rioters”, arguing that the prosecutors want someone to blame, “Ladies and gentlemen, this is a political case.. but the district attorney’s office is marching forward with this case because they need somebody to be responsible. They need somebody to.. say, he did it, he’s the person who brought terror to Kenosha. Kyle Rittenhouse is not that individual.” said Mark Richards, Kyle Rittenhouse’s attorney.

Meanwhile, the defense built a case of homicide, endangering safety and carrying a dangerous weapon, calling Rittenhouse an “outsider” who came and caused reckless havoc. “The crowd sees the defendant running with a gun. He’s lying to them. He still has the gun. It is entirely reasonable for that crowd to believe at that moment that he is a threat to kill again.” said prosecutor Thomas Binger.

He added, arguing on behalf of people who tried to stop Rittenhouse, “I submit to you, ladies and gentlemen, that in this situation, the crowd has the right to try and stop an active shooter. They have a right to protect themselves. The defendant is not the only one in the world who has the right to self-defense.”

Attorney Binger also took into matter the fact of Kyle Rittenhouse’s Illinois residence, saying he was an outsider in the domestic matter of Kenosha, “These guys with the AR-15s are just wannabe soldiers acting tough, trying to manufacture some personal connection to this event, furthering their own personal agenda, just a small part of the deluge of chaos tourists we saw here in Kenosha trying to feed off of what we were going through, despite everything we did to try and tell them, go away, stay out.”

Here are the total number of charges against Kyle Rittenhouse, 5 of which he can still be convicted for:

The defendant is up against two counts of this first-degree homicide charge, for killing Joseph Rosenbaum and Anthony Huber, using a dangerous weapon i.e. the semi-automatic rifle he is seen in the possession of. Rosenbaum was the first man he shot and killed, followed by Huber, both of whom are shown in evidence footage chasing after Rittenhouse.

Prosecutors are arguing that Rittenhouse recklessly, not intentionally killed people for the Rosenbaum charge, alleging disregard for human life. The charge is 60 years in prison, with an additional 5 years for the weapon. For Huber, due to video evidence of Rittenhouse pointing his weapon before shooting, there could be an intentional homicide charge, which means life in prison. But prosecutors gave the jury the option for first-degree reckless homicide or second-degree intentional homicide, both of which are punishable by 60 years in prison.

Kyle Rittenhouse is also prosecuted for two counts of recklessly endangering safety along with the use of a dangerous weapon. This is connected to the earlier charge as well, in both the counts.

This charge is connected to the death case of Joseph Rosenbaum, who is the first man Rittenhouse shot. Moreover, the video shows that Rosenbaum chasing Rittenhouse through a parking lot and was found to throw plastic bags at him.

This charge is mainly connected to Huber’s death where Rittenhouse is found running down the street when he falls to the street.

Rittenhouse was also charged with going out on the streets after an 8 p.m curfew which was imposed by the city.

PrevPreviousEvery user entitled to receive a settlement from the TikTok Class Action Case
NextWhat are Shoplifting Laws and What would happen if you defy them?Next