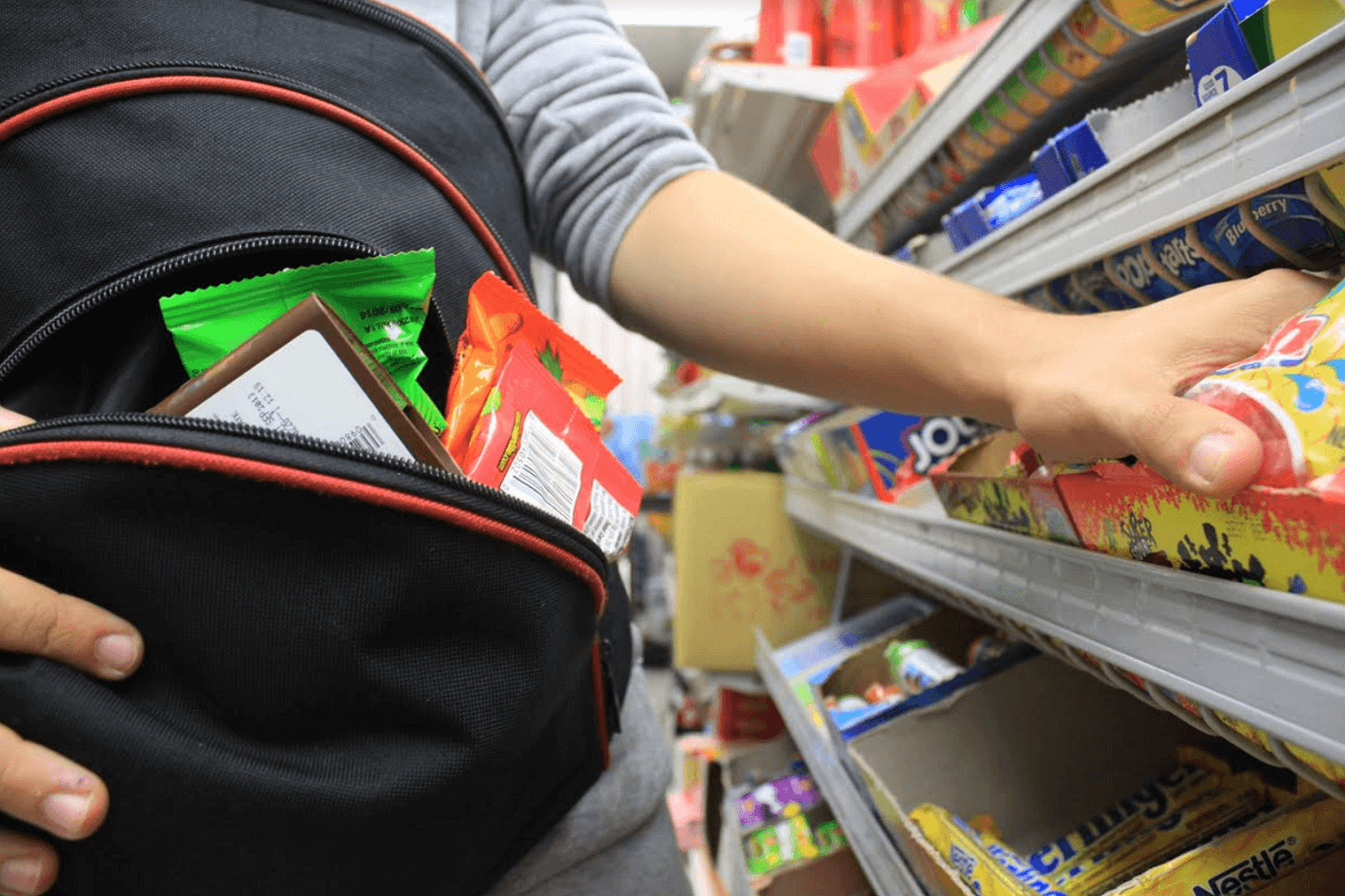 A defendant can be convicted for shoplifting even if one did not leave the store. Also, chances of getting caught shoplifting after leaving store are also present.

This is because when a person moves property and takes control over it in a way that it becomes beyond the shopkeeper’s expectation that how customers would handle and use the product/property.

For instance, a shop owner and the employees know that customers pull an item from the shelf, handle it, examine, show it to a companion, and try it. This is common, but if someone at the clothing store takes more than one dress to try and keeps one of them in her or his possession and leaves the store without paying for it, how would the shopkeeper prove that a certain person has stolen the product?

If you have been in this situation, then you must know that you can be caught for stealing items or shoplifting from stores at any time according to the statutes of limitations legislated across states. Additionally, the punishments for shoplifting can also be severe.

What is considered Shoplifting?

According to the state laws for shoplifting, you can be convicted if the accusation includes:

Shoplifting is common and happens every day at stores, establishments, or retail businesses where products are sold. It is also one of the most prosecuted forms of crime in the United States.

To avoid shoplifting and catch the shoplifters, companies, stores, and retail businesses install surveillance cameras to capture footage and identify them. This is why if someone managed to leave the store without being caught by the guard or an employee, he or she might not be as safe as they might think.

What you can do to avoid getting caught once leaving the store after shoplifting, is to never visit the store again. There’s a possibility that your images from the camera footage are taken out and pasted across the store. Another risk associated with visiting the store is that an employee who is still working at the store would recognize you and you get caught.

Moreover, some stores also share information about shoplifting customers to other stores and with other businesses. It is also a possibility that the store is on good terms with other storehouses and on visiting, you may face repercussions of shoplifting.

What options do you have if a store or police contact you about Shoplifting?

Oftentimes merchandise stores prosecute shoplifters on their own without involving the Police or opting for a legal battle unless a massive and expensive theft had occurred. You won’t be arrested at the store if you are charged with shoplifting. It would take months to identify and charge a shoplifter.

When the store(s) is/are ready to file a charge against a shoplifter, they will file a complaint with the evidence to the local Police Department. The Police will issue the complaint to a prosecutor who will look into the case and will contact the customer court to issue you a notice to appear in the court on a specified date.

Depending on the complaint and the merchandise, you may receive an arrest warrant. However, it rarely happens when a retailer pursues criminal charges against a shoplifter. Plus, it is also not possible to pursue criminal charges based on probability if authentic evidence is not present for instance.

In both cases, if you receive an arrest warrant or a Notice to Appear in the court, you must consult a criminal defense attorney. This is because you may not know how critical legal situations can be and you may find yourself unsatisfied with the verdict.

If you hesitate and neglect the court order, then contempt of court charges or the bench warrant can also be issued. This will eventually complicate your case and may bring serious penalties as well.

Precisely, the amount of jail time or the possibility of getting penalized directly depends on the cost of the stolen merchandise.

If the merchandise value lies:

Depending on your history of criminal records, the penalties for every shoplifting charge can vary, no matter what the value of the stolen merchandise is.

You can face harsh penalties, hefty fines, prison time, and probation – everything is possible with a prior criminal conviction history. As for first-time offenders, prison time as a penalty is uncommon.

However, penalties and practices for anti-theft programs vary across stores and businesses such as Walmart. Walmart calls the cop instantly when a shoplifting event occurs. Their theft prevention officer will detain you for the offense until the local Police officer arrives.

According to reports, Walmart bears a loss of $3 billion annually because of shoplifting. Therefore, they have to bring out strong anti-theft protection policies for shoplifters.

Stores like Walmart work to push harsh penalties on the perpetrators to prevent and minimize losses due to shoplifting. Hence, any shoplifting tips and tricks may not work with Walmart as they pursue cases against shoplifters promptly.

One of the common thefts that the loss prevention officers always look for is when a person reaches the counter to scan the items, he or she leaves some of them in the basket and tries to silently leave the store without paying for them. Another event that usually happens is when a person tries to leave the store without scanning the selected items on the cash counter.

Walmart has a strong security system with multiple cameras in place where it is impossible for a shoplifter to get away easily. Walmart works to prosecute these shoplifters and build cases against them.

As of the 2021 updated policy, Walmart builds cases for any theft exceeding $25.

With the help of loss prevention associates and surveillance cameras, every transaction is recorded, filed, and checked. With the help of these, a shoplifter can easily be identified and prosecuted.

How can Walmart Prosecute you for Shoplifting?

As mentioned above, Walmart will not prosecute shoplifters if the stolen item is less or equal to $25. In the case where you accidentally dropped an item in your basket, it is suggested that you return it to the cash counter or pay for it. If the stolen merchandise value lies between $1000-$2000, you may be prosecuted under class 6 felony charges.

For this, punishment for shoplifting under class 6 felony charges may include up to 2 years of jail time along with the $2,500 fines. Theft of items worth more than $2000 can take the felon to prison for up to 10 years.

Would you be able to visit Walmart once caught Shoplifting?

Walmart takes shoplifting seriously and invests a high chunk of money in preventing these losses. If you shoplift at Walmart, it is more likely that you get recognized by the facial recognition system and the security that Walmart has applied throughout its stores. However, if you get caught shoplifting, Walmart would prosecute it and the conviction charges may remain on your record for life.

Once you shoplift at Walmart and are caught shoplifting, you will be banned for life from visiting Walmart. It is near to impossible to think that this ban would lift after a certain time. Moreover, if you visit Walmart after the ban, even if this is not the same Walmart store where you shoplifted, you may be charged with the intent of criminal trespass.

As for stores that are widely implementing effective strategies against shoplifting, states are also taking measures to prevent merchandise thefts.

If you are a Californian, then you must read the following California laws against shoplifting.

Prior to 2014 Proposition 47, shoplifting was considered a theft crime. Based on the stolen merchandise, a shoplifter could be charged for grand theft (>$950) and petty theft (<$950), and in other cases, burglary.

The 2014 Proposition has made non-violent crimes misdemeanor for a defendant where he or she has not committed a felony crime such as manslaughter, gender offenses, rape, or does not have a prior felony conviction. Under this proposition, merchandise theft/shoplifting or attempting to shoplift for an item less than the value of $950 will be regarded as a misdemeanor.

Collaborating with a skilled attorney will help you minimize the risk of harsh penalties, reduce stress and frustration, and of course will save your money from dealing with the Californian customer court procedures.

The possible defense that your attorney brings about may include:

Possible Penalties for Shoplifting in California

Shoplifting is now considered a misdemeanor without prior convictions. The probable penalties include misdemeanor probation, up to a $1000 fine, and a prison time between six months to one year.

A defendant with prior criminal convictions such as:

In California, felony shoplifting charges of prison time can be imposed on a defendant with a history of felony convictions in county jail. Additionally, the defendant may have to pay fines up to $1000

Burglary Sentences for Shoplifting in California

If you’re convicted of a burglary sentence in California, then the state laws allow a defendant to file a motion against the charges. This will enable a defendant to request the court to minimize the burglary shoplifting charges to misdemeanor by a re-sentencing.

If approved, this will reduce the remaining jail time, if you are already serving jail time and regret your fault. This motion will also work to remove this conviction from your records under Proposition 47.

This is why it is always important to talk with your defense attorney and find the best way out even after your conviction.

How long do Criminal Convictions stay on your record?

Whether you were convicted for misdemeanor or felony charges, these criminal convictions will stay on your record until you turn 99. As mentioned, once you serve more than half of your original felony conviction, you can request a plea from the court to reduce your charges and dismiss the case by re-sentencing.

This will allow you to dissolve the remaining sentence time and the charges from your record. Also, if the conviction were set aside, the conviction will be eliminated from the public record as well.

Either misdemeanor or felony, to drop your charges, it is best to consult a criminal defense lawyer to protect your rights.