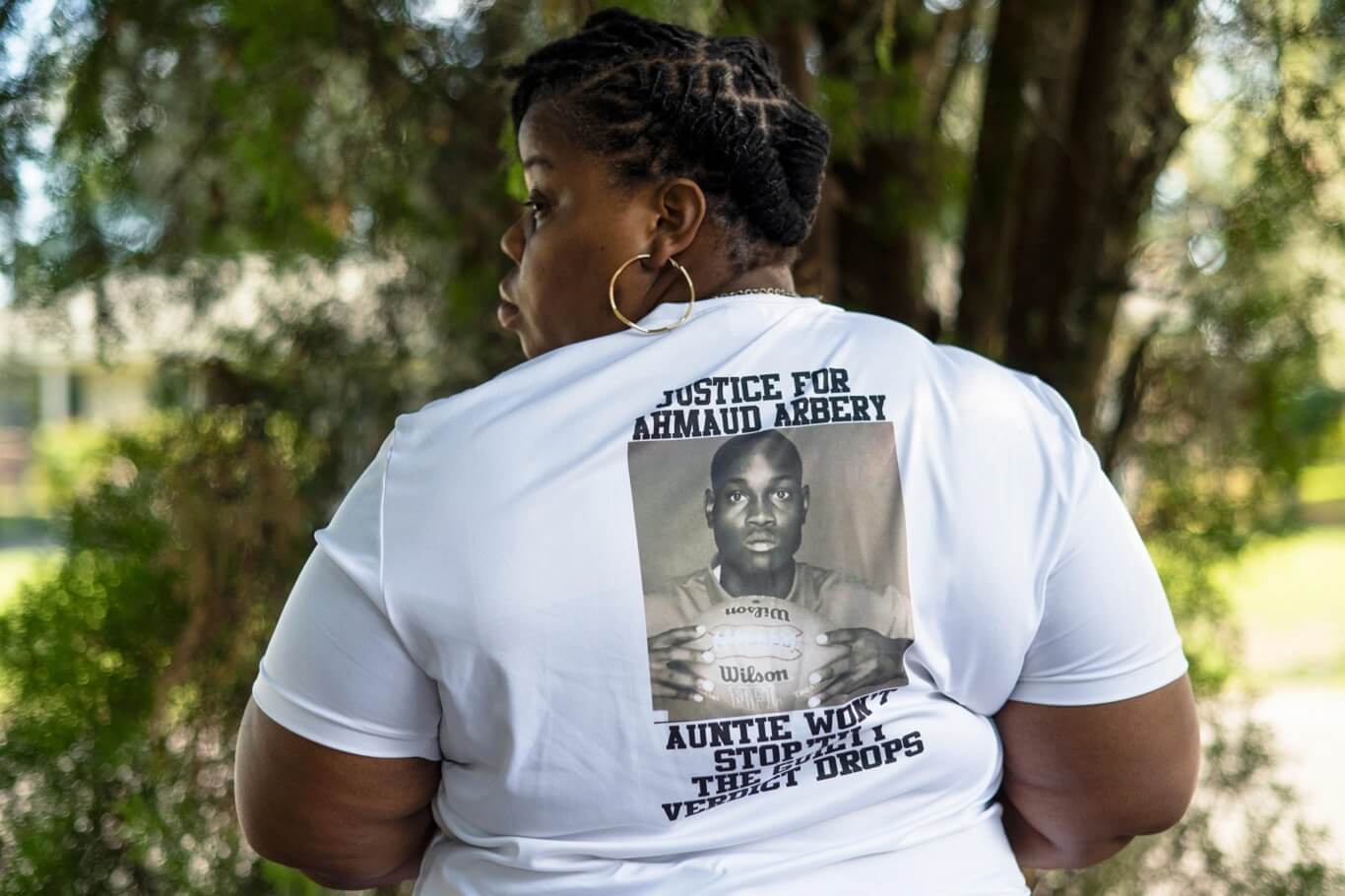 BRUNSWICK, Ga – the racial killing that took place on Feb 23, 2020, which influenced the racial-justice protest last year, has once again got national attention as the case is set for a court trial on Monday.

The case alleges, three white men killed a young black who was 25 while jogging in a residential area and identified as Ahmaud Arbery’s. The accused men were chasing him in a pickup truck before killing him with a gunshot.

Ahmaud Arbery’s aunt, Theawanza Brooks said, “It was right here,” and added, “This is where he last laid to rest.”

The woman was standing outside Brunswick in the subdivision of Satilla Shores. The area lies between waterways of the Georgia coast. In the same neighborhood, there was a home with a signboard saying, “We Run With Ahmaud” in the front yard.

Arbery had lived two miles from that neighborhood, right across Route 17 US. According to Brook, this was the path that Arbery used to take to stay off the Highway.

As per the reports received, the residents of the area saw Arbery going inside a new house located on the construction site. Even though police didn’t charge him for breaking into the house, some suspected the 25-year-old of recent thefts.

On the day of the murder, accused Travis McMichael reported to 911 that a guy had been entering a house that is currently under construction.

The recording revealed him saying, “There he goes right now, running down the street.”

The respondent said, “I will send the police, but first I need to know what he was doing wrong?”

Then again, a second call had been made by Gregory McMichael, Travis’ father, who is also amongst the defendants.

“There’s a Black male running down the street,” he said. After that, he was heard yelling “Stop! Dammit, stop! Travis!”

Moments later, the sound of three gunshots was heard.

Arbery went unarmed in the house while the defendant, Travis McMichael had a gun.

Theawanza Brooks, while remembering the incident, felt pain for her nephew that how horrifying it must be for him, being trapped in a house with no one around to help. She also said it all happened just on a suspicion that his nephew might be involved in the neighborhood thefts.

She said, “Even if you steal something, nobody has the decision to make as far as being the judge, jury, and executioner,”

At the court trial, Gregory McMichael, 65, Travis McMichael, and another person, allegedly their neighbor, will be charged for false imprisonment, murder, and chasing Arbery in pickup trucks before finally shooting him to death. The accused have been charged for other crimes in the past as well.

The court trial is set to begin in February 2022.