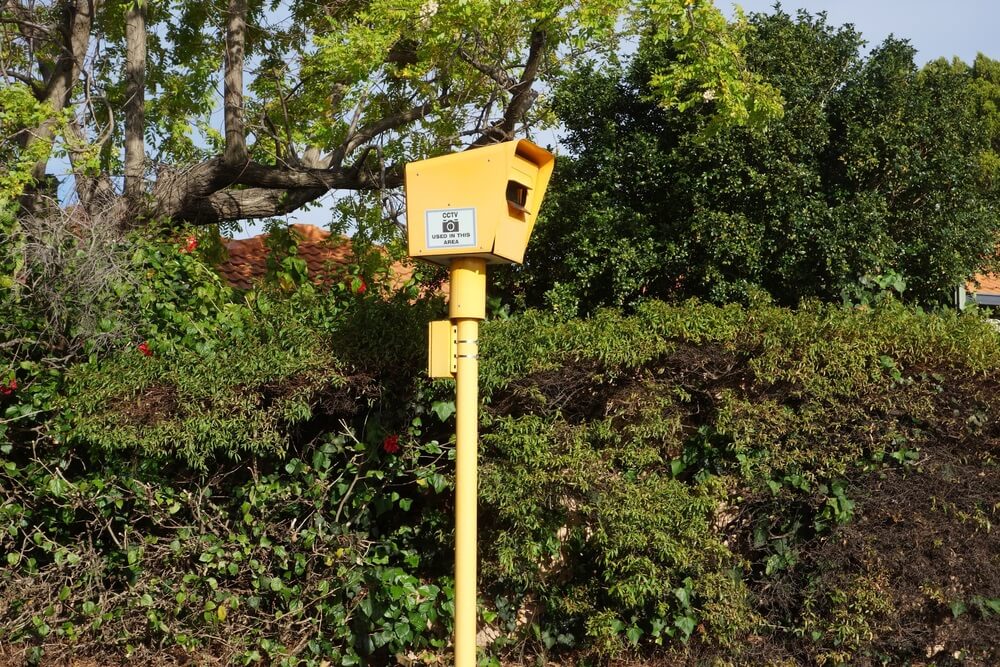 Have you ever received a notice of traffic camera violation in your mail? Are you one of the victims of getting fined by traffic cameras when you weren’t even in the driving seat? If the answer is yes, then you need to check out your local news to be sure of whether traffic cameras are even legal in your region or not.

When we receive a traffic camera violation notice a lot of questions pop up in our minds like: Are traffic cameras legal? Do they actually make roads safer? Do traffic cameras have adverse effects on the drivers? Well, let us help you find all the answers you are looking for.

It is very hard to spot a traffic camera easily on the road. They are usually quite similar to speed cameras or red light cameras. The shape of the camera is either cylindrical or specifically dome-like. A traffic camera is most commonly perched upon a traffic signal or an electricity pole nearby. It does require a weather shield to be able to capture traffic rules violations in all kinds of circumstances.

What is the main purpose of a traffic camera?

The main purpose of a traffic camera is to make the roads safer for traveling. They are also there to ensure that people don’t exceed the speed limits or violate the traffic rules. Traffic cameras instantly click a picture of a traffic violation, which triggers the debate about traffic cameras being legal? isn’t this an invasion of privacy?

The answer to this debatable question is Yes, but it surely depends upon the circumstances. Many states authorize traffic cameras even though their installation on the roads is challenged by many. One of the most common arguments is that this monitoring of drivers without prior notice is illegal and an invasion of personal privacy. The traffic cameras do not give warnings before clicking pictures of people violating traffic rules.

Not all states endorse the usage of traffic cameras. There are at least 10 American states which do not have traffic cameras installed on their roads.

How do traffic cameras operate?

Different manufacturing companies use different operating methodologies for traffic cameras. Usually, they have a very simple system inside them to get triggered and click a picture when a vehicle surpasses a red light or violates a certain traffic rule. The traffic camera will immediately click the picture of the license plate of the automobile and it is mailed to the owner who has the vehicle registered under his name.

How long does a traffic camera keep the record?

If you have violated traffic rules and received a traffic camera violation ticket, then it is very important to connect with a lawyer and get access to the recording of your traffic rules violation.  Usually the traffic cameras delete the recording within 24 to 72 hours of the incident. Once the video is deleted automatically, you cannot get your hands on the evidence and cannot prove your innocence; therefore, it is very important to get hold of the footage copy as soon as the violation ticket is received.

Does the traffic camera violation ticket get on the record?

Can a person contest a traffic camera violation ticket?

YES! The notice, which is sent via mail has all the instructions about how to contest the ticket if you are not willing to pay the fine immediately and consider yourself innocent.

To contest a ticket; you need to immediately log in to the online system of the traffic cameras; to make sure the photo captured by the camera is indeed of your vehicle. And if it is your vehicle, then you need to present evidence that it was someone else on the driving seat to contest the ticket and file an appeal in the court.

Is it necessary to pay the traffic camera violation fine?

YES! Unless and until you are planning to challenge the ticket; in that scenario, you can contest the ticket in court. If you are not filing a contest, then you must pay the fine or else, it will be sent to the collection agency where it will keep on compiling; adversely affecting your credit score.

Can traffic cameras be used against you?

Certainly, they can be used against you, if you do not pay the fine instructed in the ticket.  Also, the recording from the traffic camera can also be used as proof of your violation if you haven’t paid the ticket. Even if you have left that particular state; you are still liable to pay the fine as the video can be used against you; to charge you for a violation along with non-payment of fine by the administrative authority.

How much is the traffic camera violation ticket?

Yes, they are; especially if you are involved in a traffic accident. Even though the traffic cameras capture just a few seconds of the violation; the recording continues and it stays with the law enforcement agencies for almost 24 hours to get access and determine the root cause of any mishap or an accident.

If your automobile gets stolen; the recordings from the traffic camera prove to be vital to capture the thief.

A lawyer can help in getting you out of the traffic camera violation ticket if you plan to contest it legally.

PrevPreviousThe conundrum of legal issue in healthcare in the US
NextJessica’s Law: Child Protection against Sexual AbuseNext