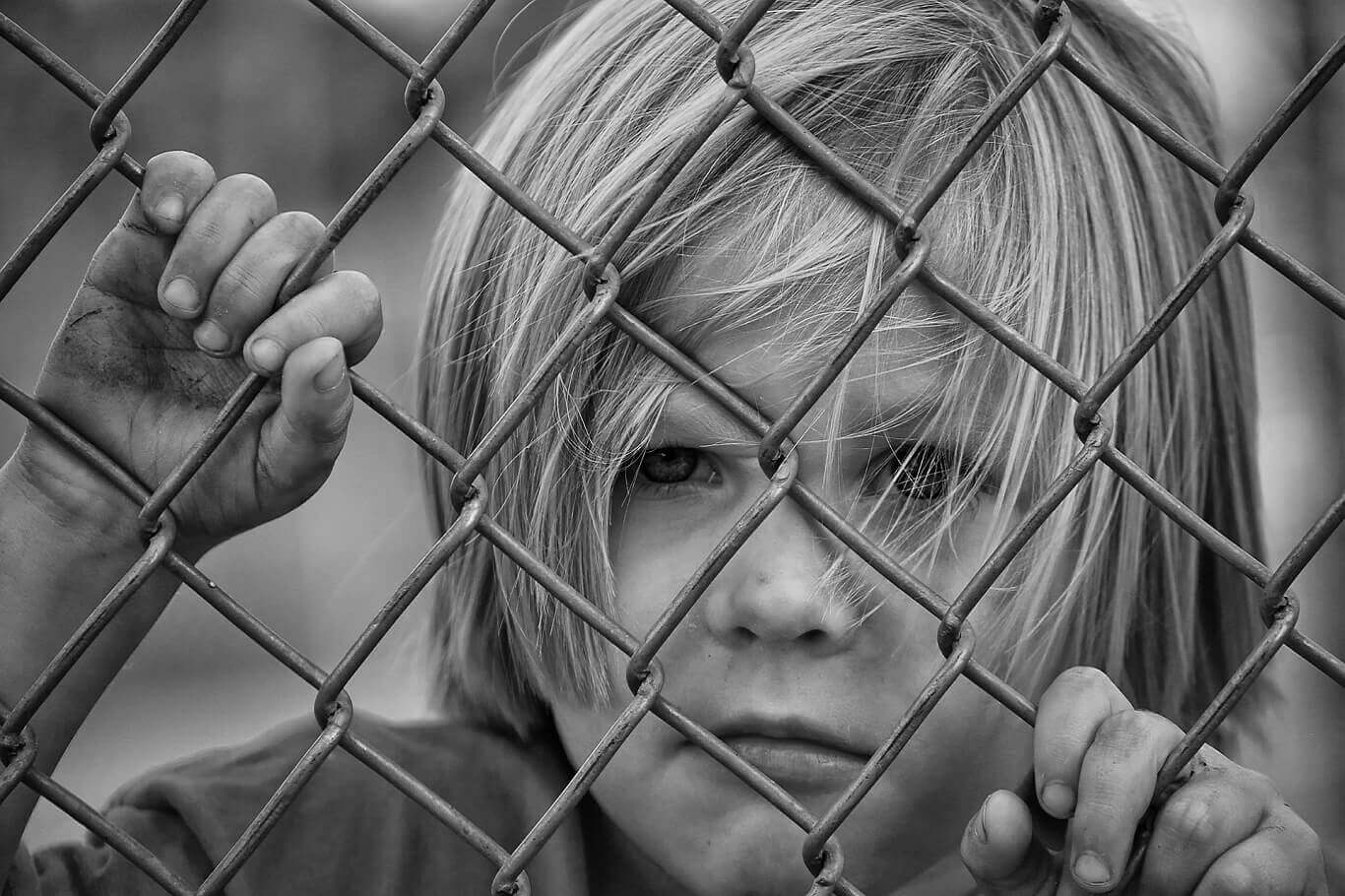 Sexual offense against adolescents who are not even able to voice their concerns properly is a heinous crime and deserves strict punishment. It is for this very reason that Jessica’s Law was passed in 2005. It aims to protect children from becoming victims of sexual abuse and highlights the criminal’s identity publicly so as to raise awareness and protect people from falling prey to their malicious actions.

Also known as the Jessica Lunsford Act, this law was first announced by the Florida Legislature after a minor resident of Citrus County was kidnapped, sexually abused, and murdered. The offender who targeted the nine-year-old had previously been convicted for a sexual offense not once, but twice.

The incident called for the establishment of an act named after the victim that would lay out strict punishment for criminals of sexual assault. Besides devising the penalty, this law also requires offenders to be monitored for a lifetime so as to ensure that they do not indulge in such activities again.

According to this law, those who indulge in practices of sexual violence or sexual abuse against children below 12 years of age deserve mandatory imprisonment of at least 25 years. Not only this but even after their release, these criminals would only be able to enjoy limited privacy because the Jessica Lunsford Act requires their activities to be monitored via electronic means for the rest of their lives.

As of right now, forty-six states including Oregon and California have adopted some variation of this law. In fact, Oregon requires offenders to put on a GPS device around their ankle after being released from prison for a period of up to 5 years. This allows the agencies to trace the individual more easily.

The variation in Oregon also requires these offenders to respond to any random contact by law enforcing agencies as this allows authorities to keep a check on their whereabouts.

Jessica’s Law is well-known to residents across the United States, but talking specifically about California, the act was passed in this state in November 2006. Under the version announced in California, the pre-existing punishments for sexual violence were increased, criminals were prohibited from benefitting from probations for other crimes, and certain offenders were even denied early release in exchange for their good time credits. Furthermore, sex offenders were required to pay a certain fee imposed on them by the court and also barred from residing close to parks and schools. They were required to maintain a distance of 2000 feet from these locations until this compulsion was removed in March 2015.

Definition of a “Sex Offender” and “Sexually Violent Predator”

When discussing the Jessica Lunsford Act, it is important to familiarize yourself with two terms; sex offender and sexually violent predator. Whereas the former refers to an individual who has been charged with a sexual offense, the latter refers to a person who has been admitted to a state hospital after completing their sentence for a sex-related crime.

Criminals who are imprisoned for committing sexual offenses undergo a mental health evaluation twice at the hands of different psychologists when their time of parole comes near. These psychologists are appointed by the state and the purpose of such examination is to diagnose any disorder which may cause these individuals to repeat their malicious behavior.

Those prisoners who exhibit patterns of repeat behavior have to visit the court for a hearing regarding indefinite commitment to a state hospital. Even though theoretically, they will be released after completing the various phases of treatment but in reality, sexually violent predators are rarely released from state hospitals.

Stipulations Associated with the Act

Flaws in the Jessica Lunsford act

Even though the law was passed with good intent, i.e., safeguarding children, many are of the view that the consequences are quite extreme and long-lasting for offenders who have already completed their sentence. Others think that given the heinous crime they commit, such individuals rightfully deserve to face the repercussions. However, from a legal viewpoint, our concern is that some of these consequences may qualify as loopholes that can trigger the offensive behavior once again.

Any person who is convicted of a sexual assault on minors has to register as an offender in their state of residence. Furthermore, most state law variations require them to live at least 2000 feet away from child-populated venues such as parks, schools, etc. This may require the offenders to relocate and move out from their family homes.

These stipulations result in:

A person who lives away from family is more prone to having negative thoughts. Therefore, isolation is not ideal for a sexual offender because dark thoughts may reoccur, thus reinforcing impulsive behavior.

A study quoted by the Bureau of Justice Statistics observed the behavior of released sexual offenders over a 9-year period. It revealed that these individuals were more likely to commit a sexual assault as compared to other crimes. Thus, living alone may make it even harder for them to resist the desire.

A jobless person is more likely to indulge in criminal activities in order to fulfill his/her basic needs. This situation is alarming because registration as a sexual offender means that the individual has significantly reduced chances of being employed. Not only are organizations reluctant to hire such individuals but they also fear the negative publicity associated with having staff members who hold a criminal record.

Although certain laws have been introduced that instruct employers to refrain from discriminatory behavior against registered sexual offenders, employers cannot be forced to hire these individuals in the first place.

Joblessness can ultimately result in homelessness. The situation becomes far more grave when offenders have to relocate from their family homes due to it being situated in the vicinity of prohibited areas.

Considering the fact that this may result in offenders living on the streets, the risk faced by children increases manifolds as they may encounter such criminals while roaming around or playing in public areas. Homelessness may also cause a person to become hopeless and therefore s/he may not be wary of any punishment. Also, under such circumstances, prison may seem a better option to the parolees because at least it provides them with a roof over their head along with food. Thus, offenders have no motivation to avoid the criminal activity they are habitual of.

It is human behavior to indulge in practices one is restrained from. Continuous monitoring and lifelong tag of being an offender may cause them to rebel and perform the crime again because they might think that they are facing a lack of freedom and trust anyways.

Authorities must look into these drawbacks of the Jessica Lunsford Act, and find ways to amend them.

Maybe it was for this reason that the California government relaxed some stipulations associated with this law in 2005. Officials stated that they will no longer support blanket restrictions on offenders that were previously imposed via public voting.

After the relaxation, only high-risk sex criminals are prohibited from residing in prohibited localities. Sexual offenders who targeted adults are now allowed to live near schools and parks. The California government justifies this by saying that easing restrictions with respect to residential areas for certain offenders would allow state officials to better focus on those who pose a greater threat to the locality.

Also, the task force established by the Corrections Department mentioned in a report issued in 2010 that Jessica’s Law caused a significant rise in cases of homelessness in California. In fact, the number was reported to increase 24 times within 3 years of the enforcement of this law.

The California Supreme Court, therefore, ruled that unnecessary blanket restrictions were a violation of the already punished offenders’ constitutional rights as it made it almost impossible for them to find a living place. On behalf of the court, retired Justice Marvin R. Baxter stated that prior rules prohibited the parolees’ access to medical treatment, residential homes, and acted as barriers to availing services that help in getting rid of alcohol and drug addiction. However, this has left supporters of Jessica’s Law in a rage of fury. They worry about the establishment of predator-free zones near child-populated areas and disapprove of the relaxation.

It must be kept in mind that although the purpose of Jessica’s Law is to protect children, it cannot guarantee their safety. Therefore, parents must educate them about the harsh realities of the world so that they are more aware and better able to safeguard themselves. Furthermore, children must be encouraged to ask for help when feeling uncomfortable by inappropriate actions of adults around them and should not be rebuked even if their complaint turns out to be a misunderstanding.