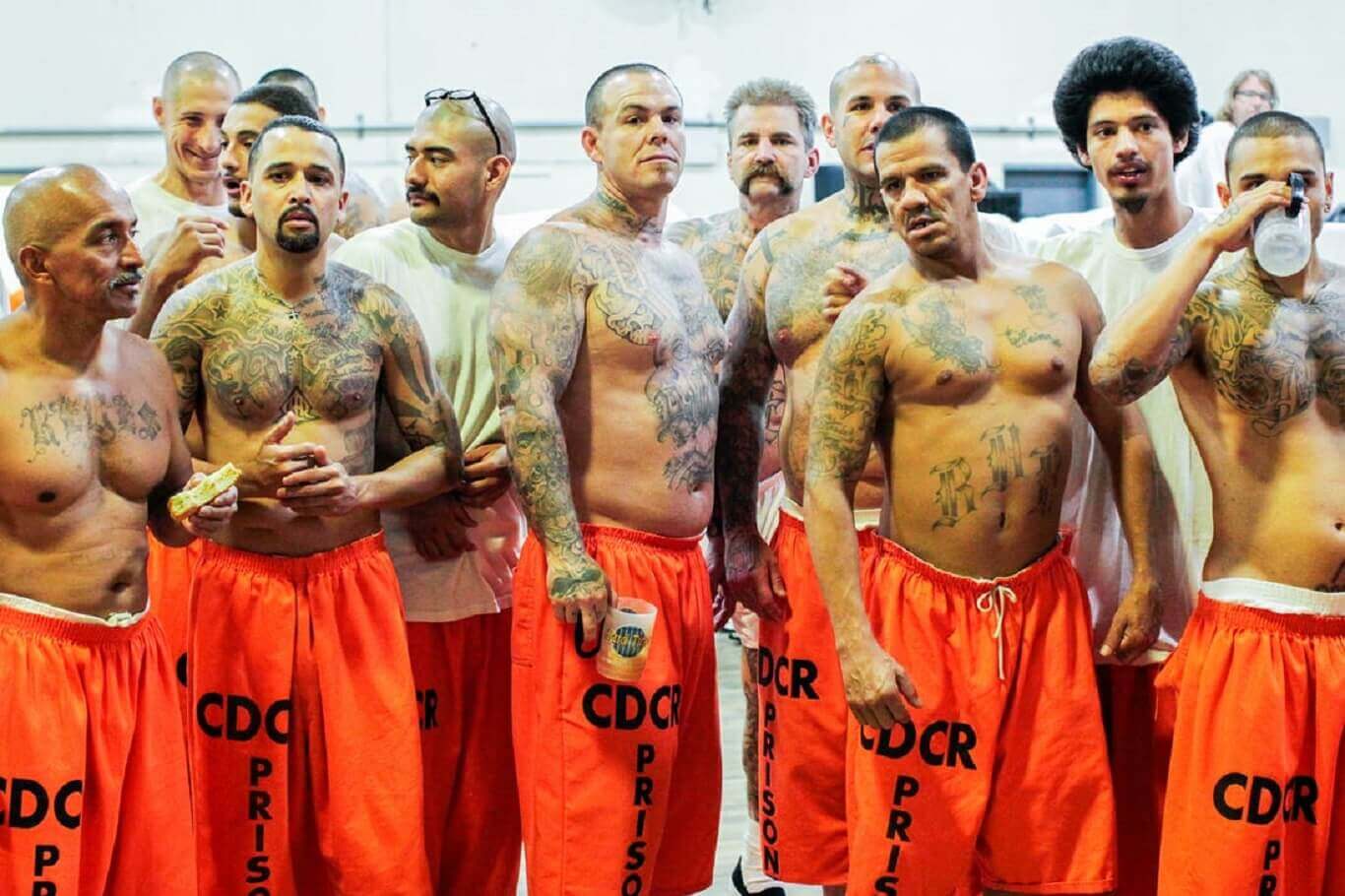 There are many powerful prison gangs that are still active in different parts of the world. In the United States, a large number of citizens have been incarcerated. The percentage of incarcerated individuals is larger than any other developed and populated countries in the world, including China and India with almost 1.5 million individuals serving time behind the bars.

But until you work or be a member of a powerful prison gang, life under lock and keys generally remains a mystery. Mostly, the public gets a glimpse of the environment inside the prison when a prison scandal, a prison riot, or an execution takes place.

From weapon and drug trafficking to murder and intimidation, these powerful prison gangs tend to control the empires of criminal activities from behind the bars. Most of the time, the jail authorities feel powerless when it comes to controlling them.

We have collected the information about some of the most powerful prison gangs operating in the world today.

13 members of Hispanic community gathered in a Youth Correctional Institute, California, and started operating in the US prisons in 1957. The Mexican Mafia, also known as La eMe is supposed to be the most powerful prison gang of California to date, with almost 400 officials and 990 associates who are currently working to support this criminal network.

The Mexican Mafia was accused of first murder in 1970 when Alfosono ‘Pachie” Alvarez was killed for not distributing the ‘tax profit’ gained from the drug business among the other members of the group. Their criminal network is so strong that it has a significant hold on the outer world as well. This is currently the most active prison gang in America as far as the number of cases is concerned.

The gang possesses an anti-authority belief that conveys a silent threat message to the prison officials who support the government stance. The Black Guerrilla Gang recruits prisoners from the black street gangs as well from many other powerful gangs across the U.S.

According to an estimate, the BGF consists of approximately 300 black guerrilla members along with 50,000 associates who work under their influence. They are known to be involved in crimes ranging from car theft, murder, to drug trafficking.

In 1995, a gang that became famous for its criminal activities – ranging from arms and drug trafficking, murder, and extortion, originally formed at Kumla prison, is known as Brodraskapet gang. The members are called ‘The Brotherhood.’ However, the gang consists of 60-70 members only, who actively work to manage the criminal network. The criminal activities of ‘The Brotherhood’ have not been restricted to the walls of the prison. 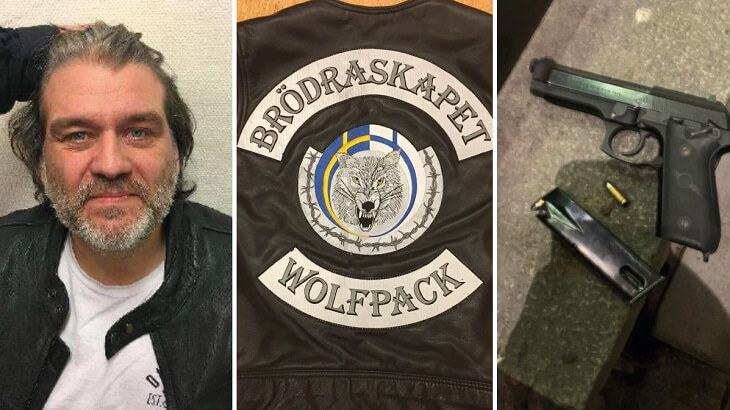 In 2007, at Goteborg, it was reported that a member of another group was killed brutally at the Brotherhood clubhouse during a party after he made unusual remarks against the Brotherhood member’s tattoo. After the incident, a large number of individuals were handcuffed. The authorities only managed to charge one supporter and one member of the Brotherhood gang.

The Aryan Brotherhood is a white supremacist prison gang that operates across the U.S. It is one of the most organized groups that is assumed to be founded in 1964 at San Quentin State by Irish bakers as an antagonism to American prison racial desegregation. Alice Baker or AB is another name of the gang Aryan Brotherhood that consists of 20,000 male white members. 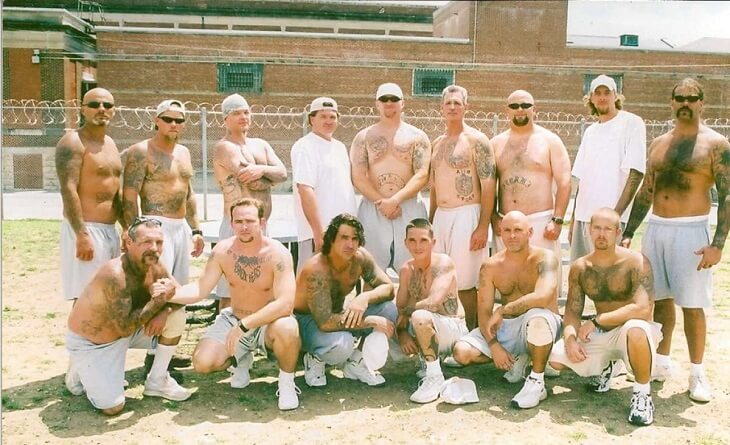 They also are involved in drug trafficking, extortion, and dogfighting crimes as well. This prison gang is accused of 20% of prison murders.

To protect the Rural Latinos from the atrocities of the Mexican Mafia, The Nuestra Familia was found. In 1968, in California, this gang was involved in drug distribution and smuggling inside the prison. They are the rivals of Mexican Mafia. 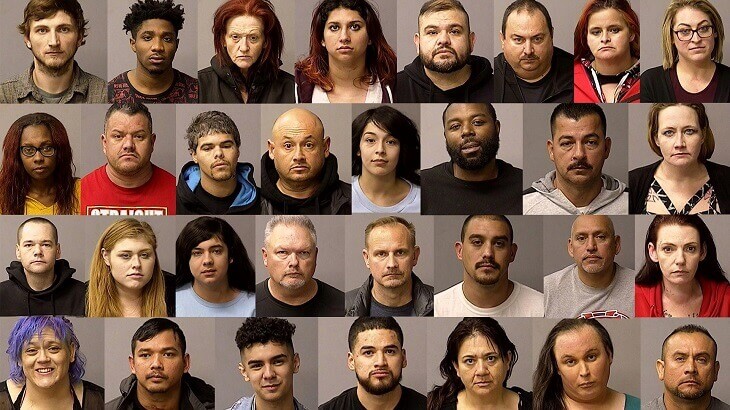 The Nuestra Familia is accused of committing 600 murders during a 30-year period. Imprisoned members of the gang retain the strongest and powerful connections outside of the prison.

Trinitario, the US and the Dominican Republic

For the reason of helping and saving Hispanic prisoners that were incarcerated in the jails of New York, the Trinitario gang was established in 1989 inside the New York prison. Its other wing is ‘Trinity Brotherhood’ that comprises of Hispanic prison members, who are predominantly related to the Dominican Republic. It is one of the fastest-growing gangs which has spread overseas in quick time. It is believed that there are 30,000 members associated with this gang. 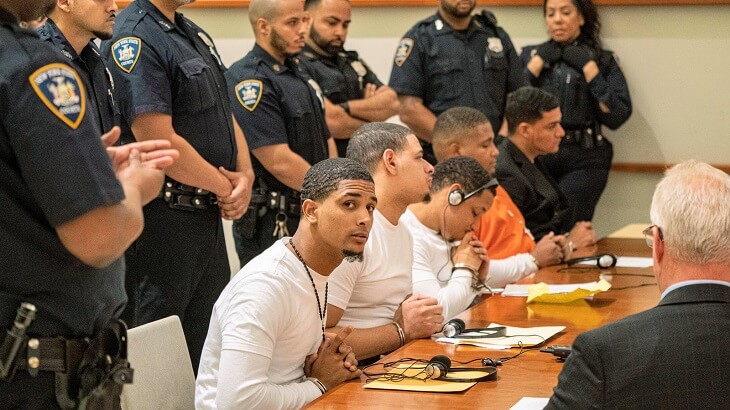 The gang earns profit from the sale and purchase of weapons and drug distribution, murder, robbery, and witness intimidation. It is one of the deadliest of prison gangs operating in the US.

‘First Command of the Capital’ is a Brazilian gang that is based in Sao Paulo. The gang began its operations when eight Taubate Penitentiary prisoners met at a football match on August 31, 1993. Since its inception, this gang has been actively operating across Sao Paulo. They are accused of being involved in drug trafficking and are known to be responsible for instigating jail riots, and murders – both inside and outside the prison. 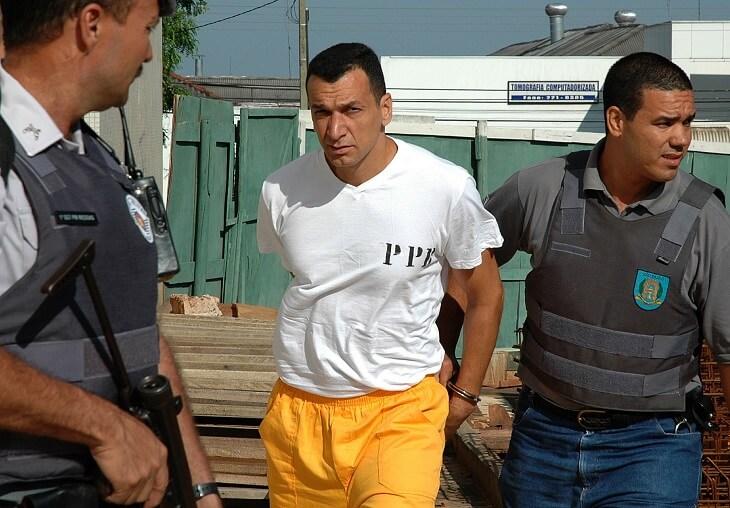 In May 2006, the Police of Sao Paulo made several attempts to find out who specifically was involved in the killing of 40 police officers. More than 140 other people were killed as a result of the attack on PCC members.

The PCC members used devices to make calls and sent messages outside the jail to instigate the attack.

The Numbers Gang was founded in 1911. It operates in more than half of prisons across South Africa. This South African gang is classified into three factions i.e., 26s, 27s, 28s where every arm of the gang is supposed to perform different activities. The 26s are responsible to collect cash, 27s are known as law-keepers, and 28s are called the troopers. The influence of the Numbers Gang in the prison has made them one of the most notorious gangs in South Africa. The members of this gang are accused of killing warders and prison guards.

The Pollsmoor Prison has been famous for deaths of its wardens. Almost 50% of them have been stabbed in prison cells.

John Mongrel is the leader of 28s. The Pollsmoor Prison is famous for witnessing more than 1,000 murders. The Numbers Gang is extremely organized, and if the gang finds any member violating the rules, they conduct an investigation for the same.

If the member is found guilty, then they award a death sentence right away.