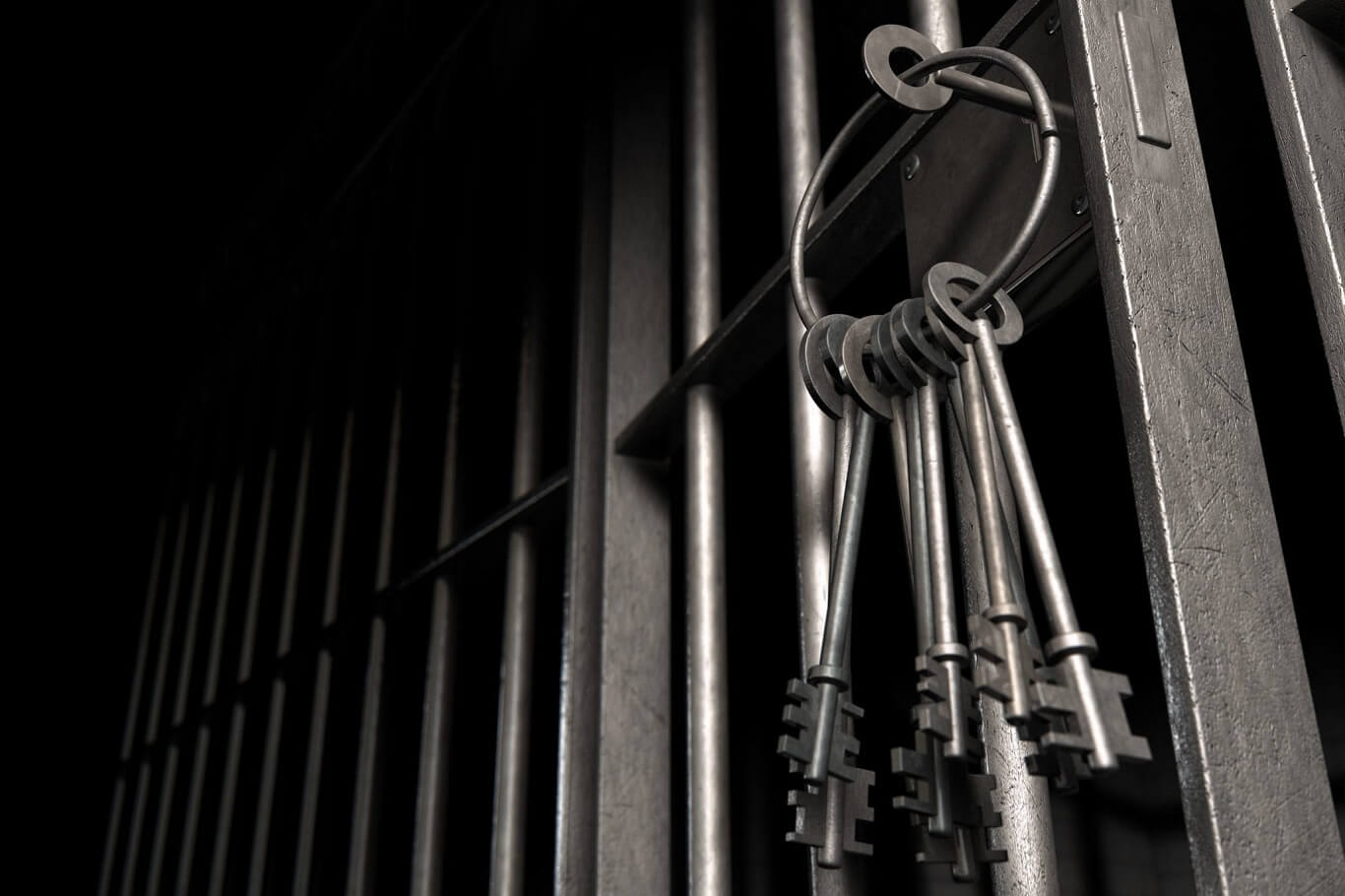 More than 200,000 people in the U.S. are serving life sentences in prisons today, and most of them are locked in state correctional facilities. It is examined in a recent study conducted by The Sentencing Project that the main reason behind increasing statistics is the enduring reliance on life imprisonment. The key facts state that one in 7 people in the U.S. prisons is serving life sentences either without parole or with parole or virtual life, totaling 203,865 people.

Reviewing the statistics, one question tickles as to what is a life sentence? Offenders with criminal executions receive irregular life sentences when there’s a time of conviction. In sentencing such imprisonments, judges also have limitations and don’t have the power to convict criminals for a life sentence. They usually have to follow the sentencing guidelines that are attached to the federal and state criminal code.

This means, whenever you’re convicted for a criminal act, you are punished according to the guidelines for specific crimes. So, what is a life sentence, and how long after a life sentence a prisoner can be released?

Here’s a complete overview of the life sentencing and factors affecting the conviction.

What is a length of life sentence?

The duration of a life sentence depends on the severity of the offense and the federal and state guidelines regarding the criminal act. For instance, if you are convicted for the manufacturing of an abused substance and also for the intention of distributing the substance. In both cases, most jurisdictions consider these crimes as a class B felony and you will be convicted for 5-15 years of imprisonment for each charge you get. Additionally, if the prosecution demands, you can get life sentencing convictions for a maximum of years no matter if you are a first-time offender or not.

In most jurisdictions in the United States, a life sentence often contradicts some possibilities of parole as well. Based on the parole state’s law a defendant may appear to be eligible after successfully serving a set of years like 40, 25, or 20.

If a defendant has served a minimum of 20 years in prison he/she can apply for parole to get a release. Here, the judge that convicted you for the offense may not participate in your parole rulings.

In the case of federal criminal justice system, life sentences are rare. Practically, all convicted criminals are eventually released from prison and returned to their respective communities and in cases of unauthorized and illegal citizens, they are usually deported to their countries. According to 2013 Fiscal year research, 153 offenders were convicted for a life sentence by the judges without parole. In the same year, 168 offenders received long-term imprisonments for multiple offenses which had the virtual effect of being a life sentence. However, these cases only represent 0.4% of the convictions of life sentences ruled that year. Because of the long-term imprisonments, these convictions set them apart from the life sentences guidelines. Following is an overview of life sentences that were convicted throughout these years.

The figure presented above reveals an upward trend in the growth of life sentences in terms of both LWP + LWOP and virtual life.

What happens if you get a life sentence?

There are certain guidelines through which a defendant receives a life sentence. Usually, if the crimes are considered felonies, then there can be long-term imprisonments that an individual could receive other than life sentencing. A life sentence can be up to 15 years till the remaining natural life of the convicted individual.

Violent crimes like manslaughter are the reason for a life sentence without parole in most states. This life sentence means that the criminal will die behind the bars. In this situation, the prosecution also requests the judge to impose severe sentences; however, parole is never guaranteed in such convictions.

If an offender has executed multiple crimes, he may receive multiple sentences for every criminal execution which is often known as concurrent and consecutive sentences.

In multiple life sentences, a person receives more than 15 years of life imprisonment after the conviction of multiple felonies. This means that the judge can send a criminal for 15 years behind bars before he becomes eligible for applying for parole.

This particularly means that if someone has been convicted to 5 life sentences he or she has to face a total of 75 years in prison before they reach the eligibility of applying for parole. So, to know what is a life sentence in prison and how long it lasts, you may need to understand the felony charges an individual has retained.

A real-life case of multiple life sentencing we have is the case of Robert Hanssen. Robert was a spy and an FBI agent for the Russian and soviet services. He received convictions of consecutive life sentences which particularly means that more than 200 years behind bars before he reserves the right to apply for parole.

The judge often reviews the case before imposing any verdict and decides either the offender will harm society or be the reason for committing the same crimes in the future. If he concludes that the defendant is a menace to society or he doubts that the crime can also be reinstated, the judge can impose more than one life sentence that he deems fit concerning the crime that the defendant committed. Therefore, the defendant has to serve the period of each consecutive life sentence before he could get released on parole.

If the crime falls in the initial classes of a felony, the imprisonments will depend on the severity of the damages or involvement of no. of victims. Even if a severe felony urges to convict a life sentence without parole, consecutive life sentences serve a virtual purpose.

For possibilities where the parole can be granted, suppose a defendant is accused for the manslaughter of two US citizens when he was drunk. The jury imposed him for two consecutive life sentences with parole possibility. Many states allow defendants to apply for parole if they are convicted for 20 years. Through convictions, the judge ensured that the defendant would likely spend 40 years behind the bars. If you are a Texas resident, you must know what is a life sentence in Texas? As of 2015, in Texas, a prisoner has to serve 40 years before he becomes eligible to apply for parole.

Can a minor get a life sentence?

The Supreme Court of United States legislated law in 2011, stating that sentencing minors without parole (except for those who are involved in international homicide) will be a violation of the 8th Amendment. However, the law didn’t take place in 2011 so there were many minors convicted for a life sentence without parole who are released now.

A minor Jeff Johnson was accused of felony murder while there was already a crime that took place at the spot. He ran out of the house with another kid to steal a car so they both could get away. He saw the other kid fighting with a person who he thought would harm them so he fired. And soon the man John Leonardelli was dead.

Evidence showed that Jeff witnessed the murder and was sentenced to life without parole. But after the laws for protecting minors passed, Jeff was released because of his good behavior.

Countries like Australia, Argentina, Barbuda, Antigua, Dominica, Cuba, Brunei, Belize, and now the United States have laws to prevent minors from having life sentences without parole.

However, after a conviction of life sentence, judges may allow a defendant to appeal for convictions but applying for parole may not be possible after prison. To achieve parole, a prisoner should be accepted by the parole board. The parole board reviews the criminal history and the crimes for which he received convictions. If the board feels that the prisoner is a threat to society, then the board will likely hold the rights and will reject the application. Otherwise, on serving one consecutive life sentence, a prisoner may get released from prison.

What happens to your assets if you get a life sentence?

With the limitation of few other crimes, when a criminal is convicted with life imprisonment nothing would happen to the assets, property, or money they possess. When life imprisonment is imposed on a person, then his financial obligations linger with him inside the prison. A prisoner can hire an attorney to build a power of attorney so the finances can be managed by someone who they can trust.

After the case fees and the fines are paid, the prisoner can keep the remaining balance in the prisoner’s trust with him for the purchase of clothes and commissary items.