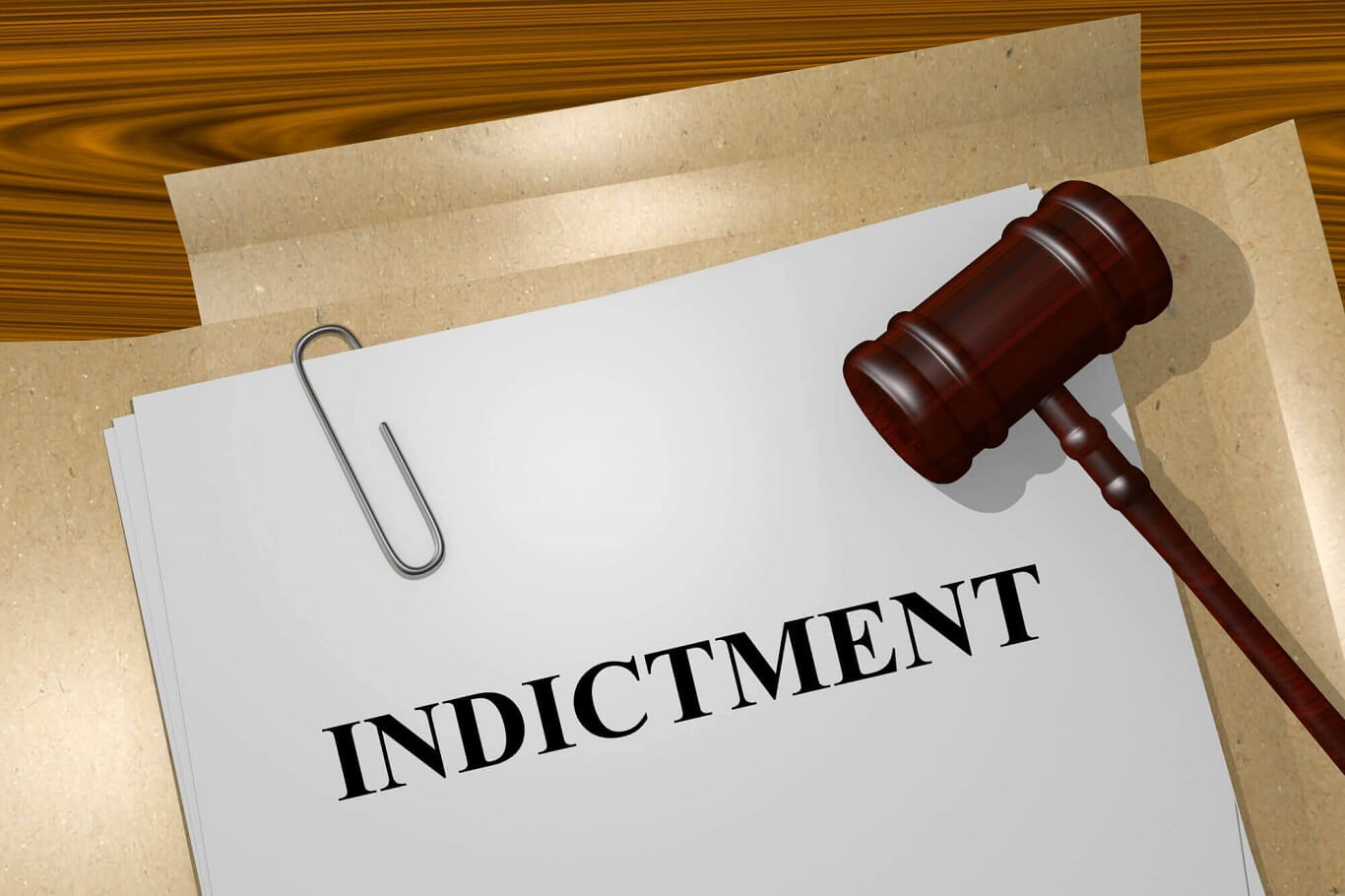 One of the most significant things to remember about indictments is that not every criminal is indicted. It mostly happens on a federal level for offenses that will be considered in federal courts.

Not all states hold individuals indicted for breaking laws. However, several states have adopted laws that seek an indictment before filing a criminal charge. Texas, Ohio, New York, and Massachusetts are among them.

Moreover, regardless of the case, one can be indicated at any stage during the trial.

At some places the legal authorities will never arrest a criminal without indicating. On the contrary, at some places, the authorities indict the offender immediately after the arrest.

To punish anyone with a criminal or “otherwise infamous” offense, the federal government is required by the Fifth Amendment (U.S constitution) to obtain an indictment through a grand jury. Although an indictment is issued following a grand jury, just before an arrest, it can be “sealed” for as long as it takes to deter the criminal or other defendants from trying to evade justice, damaging property, or escaping.

While states are not required to have grand juries, they do adopt similar methods for prosecuting major felonies (and a few wrongdoings).

Who decides whether or not to indict?

A grand jury determines if the state has ample proof to convict anyone with a crime (in all except 2 states). A grand jury is a group of people appointed by the prosecutor to examine all of the accessible proof in a case. They determine if there is sufficient proof to show that an individual performed a severe crime.

Depending on the state, grand juries are chosen in quite diverse methods.

Grand juries in some jurisdictions are chosen by an invitation, which means you must know somebody to appear on a grand jury. In most of the states, grand jury election is somewhat similar to that of a regular jury; it’s entirely spontaneous and all prospective jurors are interviewed to ensure they’re not prejudiced and have the potential to perform.

On the other hand, you must get familiar with “What is a grand jury indictment,” as it helps in figuring whether there is a need to indict or not. A grand jury indictment is the outcome of sworn witness declarations and reasonable evidence examined by a grand jury. The purpose of the grand jury is to evaluate whether or not there is a reasonable cause (not misconduct) for criminal offenses, which holds far more weight than a mere criminal report. Grand juries are normally carried in privacy and mostly do not have defense attorneys or judges.

If the prosecutor offers an appealing plea deal, defendants can opt to withdraw their obligation to a grand jury, but doing this leads to an agreement with the government that it has ample proof to carry the case to court.

Is Indictment a guilty plea?

Either you are witnessing indictment or have previously been indicted, then that does not indicate that you have been caught criminally guilty. Precisely, an indictment implies that there was sufficient evidence to convict you with a felony

We should look at requirements of proof if we want to be specific about what reasonable cause implies. To be guilty of a felony, the state must persuade a jury without a reasonable suspicion that you perpetrated the crime; there must be more than 99 percent chances.

Is it necessary for you to remain in jail after indictment?

Going to jail or not is debatable. There is no clear and quick guideline on how long anyone should stay in prison after being charged. However, at an earlier bond hearing, in the legal process, this conclusion is drawn.

A judge’s verdict on the bond is based on many considerations, such as the risk to the society by freeing the suspect, and being concerned that either the suspect is a flight risk (because of a history of failing to appear at prior hearings or being wealthy). If anyone is very risky, they will not be freed before trial or their bond may be fixed at a greater amount, which makes paying it impossible.

After the indictment, what happens next?

You will soon go on trial after you are indicted. There will be several pre-trial proceedings, and relying on how occupied the state’s courts are, it may take years or months until you make it in front of a jury.

Your defense lawyer will formulate a plea bargain, in case the prosecutor is compliant to assist you with his/her service. Here plea bargain signifies that you plead guilty, primarily to a minor criminal offense from the prosecution, and you will be penalized at a lower margin. However, your lawyer will be making the ultimate decision on whether to accept the prosecution’s proposed plea bargain or not, but make sure that one consults the deal with you before accepting the plea.

All in all, if you are guilty of a felony, you will have the privilege to request the conviction.

States don’t use a grand jury to acquire criminal indictments. However, the ones which do does along with their own set of rules. State grand juries work similar to federal grand juries, but they differ in terms of the number of jurors and the level of the majority needed (two-thirds, simplistic majority, etc.). The following are a few examples of state grand jury laws:

Illinois – Mandatory amount of jurors is 16 for every country, along with a majority of 12 jurors to commence, and 9 jurors should agree to a “real bill” to obtain an indictment.

Texas – Mandatory amount of jurors is 12 for every country, along with a majority of 9 required to commence, and 9 jurors should agree to a “true bill” to obtain an indictment.

California – Mandatory amount of jurors is 23 in every country, along with a population going beyond 4 million, eleven in countries with a population of 20,000 or fewer, and 19 in every other country; a “high majority” is needed for an indictment. And “preponderance of the proof” is the level of evidence used for deciding reasonable cause.

What is the concept of an indictment? It’s somehow the very last thing you may anticipate to happen to you. However, it also implies that you are responsible for a felony you can or cannot have committed.

If there comes a situation when you or a family member are indicted for a felony, then it is important to have a lawyer to assist you. However, if you committed the offense and have been charged, you have the right to protect your rights during the trial.